A bear market in Bitcoin is not a fatality

The second quarter of 2021 saw the Bitcoin find a new all-time high in the $64,888.89 and then fall to the $35,046.22 with the news coming from China among others. We could say yes, we are in a bear market but it is not a fatality according to George Kaloudis at Coindesk.

“Price drops invite mass cynics and day traders who were once pompous and paper-rich are suddenly ‘in this because of technology’, but a bear market doesn’t have to mean ruin for the institutional investor. For investors who believe in the intrinsic value of bitcoin, ether and other cryptocurrencies, bear markets highlight the useful tools and metrics to measure market sentiment and shape the long-term investment strategy” says Kaloudis.

One of these metrics, MVRV, o Market Value to Realized Value, has not yet reached the highs it historically reaches before profit taking, suggesting that there are still unrealized gains in crypto markets in which investors can capitalize. In addition, a second metric known as Puell Multiple, which is calculated by dividing the total dollar value of bitcoin mined into a single day with its 365-day moving average, fell to a one-year low recently, indicating an undervaluation of BTC and a potential weakening of bear market momentum. 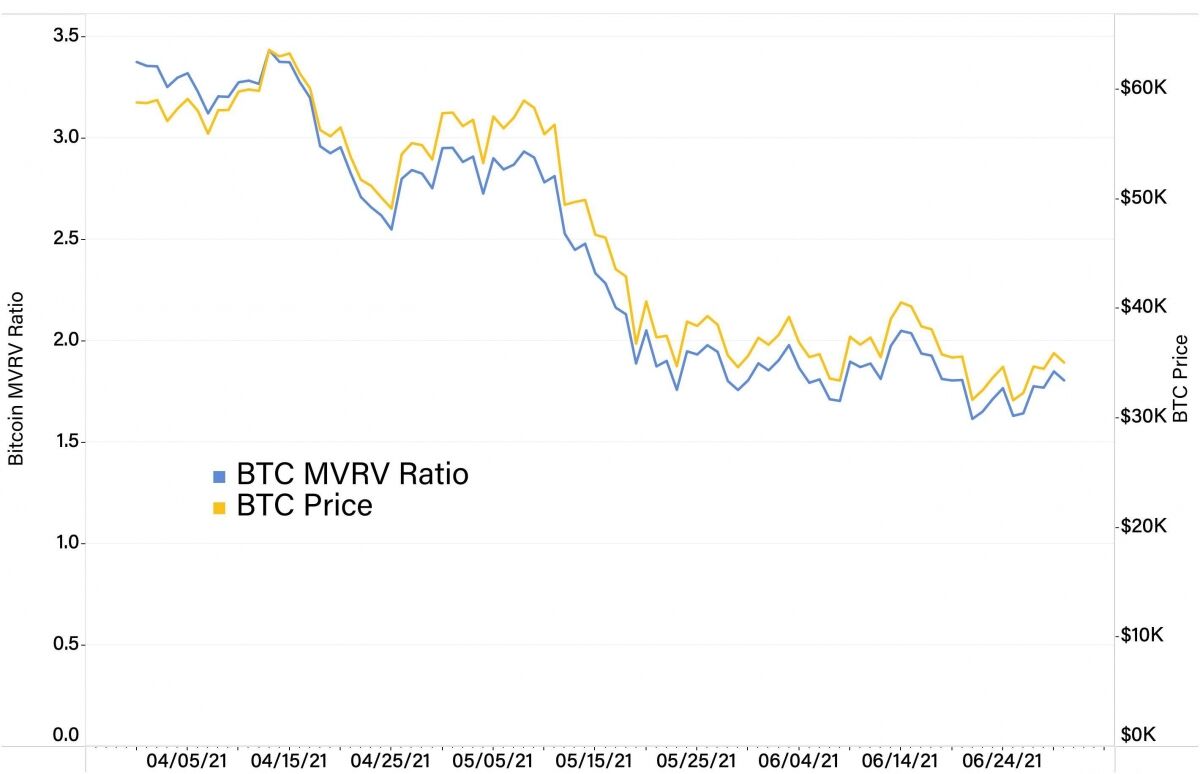 “A brief point I should mention before moving on from the price discussion is the fact that the price of ether increased by 20% in the second quarter, while that of bitcoin lost 40%. It’s just the fourth time since the start of CoinDesk’s Ether Price Index (ETX) in 2016 that the two assets record mixed quarters. Despite the unique divergence, the 90-day correlations of daily log returns for BTC and ETH remained strong and undisturbed, trending around 0.75 throughout the quarter,” kaloudis notes.

The Chinese government cracked down on bitcoin mining in the country again. However, this time it feels different. There were rumors of a possible mining migration of bitcoins “from east to west” for some time, but this is the first indication that it is really happening.

Regulatory crackdowns between May and June in Qinghai, Inner Mongolia, Yunnan and Sichuan they forced several Chinese mining groups to close or reduce their operations. After each event, the hashrate of Bitcoin, a measure of the amount of computational energy miners spend, was negatively affected. Hashrate touched 200 million terahashes per second in the second quarter and ended the quarter just below 90 million. 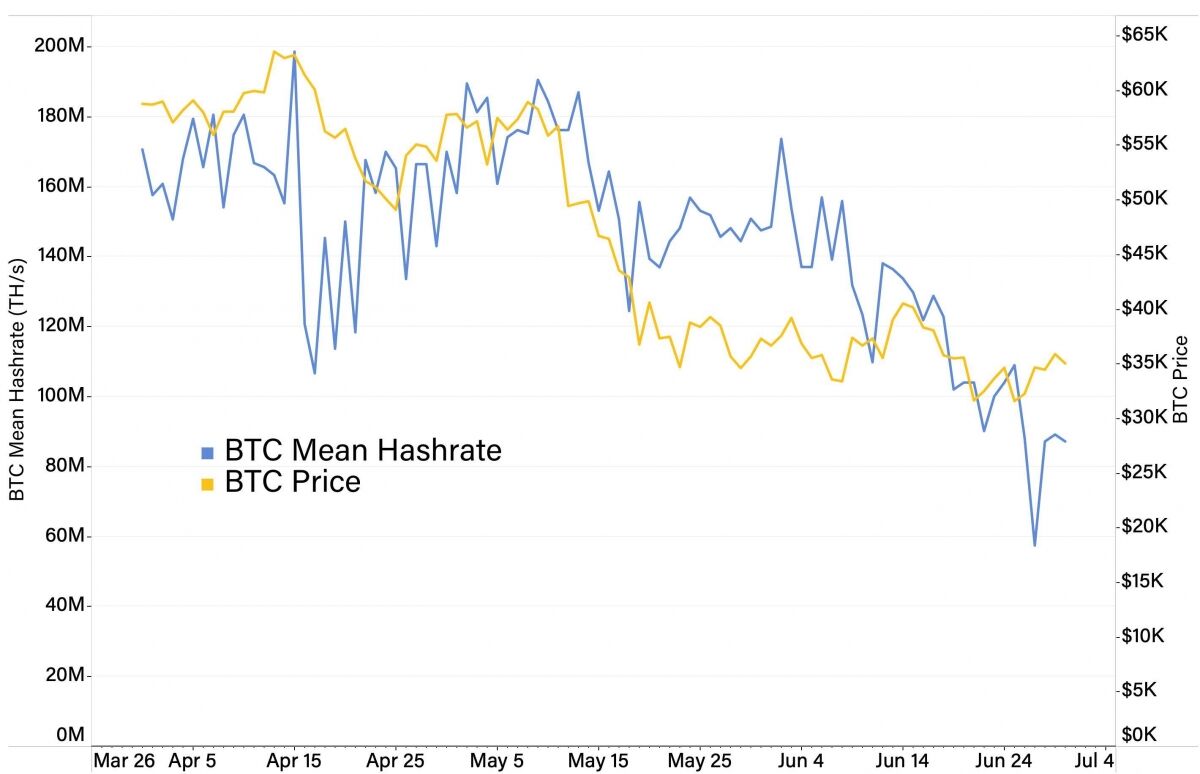 “Hashrate is likely to recover eventually as China-based miners relocate their operations. Therein lies the real conclusion. Where do these miners go? Are they transporting their platforms by air to Maryland? Or are they relocating their operations to Kazakhstan? Are you hopeful that the government’s current stance on bitcoin mining will be short-lived? We don’t know for sure now, but where these miners end up will have a significant impact on the energy mix of bitcoin mining and will be an important narrative to keep watching in the coming months,” kaloudis notes.

Bitcoin is not a “boomer coin”

Market volatility and regulatory crackdown on bitcoin mining aside, this proved to be a technology worth repeating and innovating in the second quarter.

On June 12, 2021, miners expressed their support for a Bitcoin technology upgrade known as Taproot. This is a package of three updates which aim to improve the security, privacy and scalability of the network. Taproot is the most significant update to the Bitcoin network since the activation of the improved capacity of blocks of Segregated Witness in 2017.

There are some corners of Twitter that characterize bitcoin as the “boomer currency” because it is a “v technologyieja, huge and slow”. It is true that over the years, the narrative of the “digital gold” bitcoin has shifted more towards “gold” than “digital”, but with Taproot officially blocked for activation in November, bitcoin is no longer a booming currency.

“Bitcoin is now a fun and exciting technology!”

“Jokes aside, Bitcoin’s ability to change within the bounds of a broad, decentralized consensus is significant. Big changes in Bitcoin don’t happen often, and the few who successfully do so overcome the grueling and slow process of network governance, it’s worth taking the time to understand them. For now, bitcoin maintains its status of digital gold while expanding its use cases beyond anything gold could imagine. That’s how the optimist says,” Kaloudis concludes.