But now major cryptocurrencies are bouncing around, buoyed by statements from Fed Chairman Jerome Powell, who reiterated his view that inflationary pressures will be transitory, while ruling out a preemptive interest rate hike.

However, some experts point out that the period of declines of cryptocurrencies may not be over.

Iqbal Gandham, vice president of transactions at Ledger, explains that a drop in cryptocurrencies was inevitable, given the previous period. “Any asset class that experiences a meteoric rise in the same way we’ve seen in crypto is expected to be corrected,” he notes, in statements collected by MarketWatch. 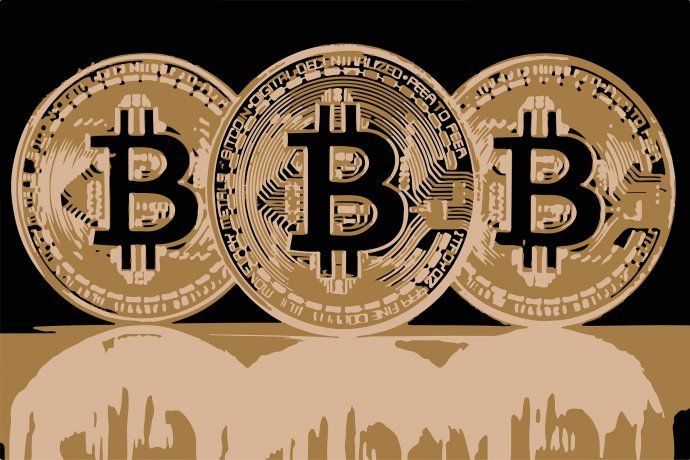 It warns of the danger of China’s intensifying crackdown on cryptocurrencies, including bans on mining and trade.

That said, Gandham believes that “the underlying fundamentals of the crypto-asset world have not changed.”

Sean Rooney, head of research at the crypto asset manager at Valkyrie Investments, notes that “Bitcoin’s drop from a high of nearly 65,000 is now down more than 50%, indicating that bitcoin traders could find themselves in troubled waters over the coming weeks.”

Nick Mancini, research analyst at crypto sentiment analysis provider Trade The Chain, adds that “the market is currently flooded with supply, as Chinese miners have been selling their cryptocurrencies to cover the cost of formwork operations. This is having a negative impact on all prices, with altcoins being the hardest hit.”

There is no single model for investing in cryptocurrencies and buying depends on investors’ tolerance for losses and their long-term outlook, experts say.

In fact, some say you shouldn’t be scared by falls. They argue that Bitcoin fundamentals are good and that market conditions in 2021 are very different from the last big crash of cryptocurrencies in 2018.


“We’re far from a bear market, only traders are going crazy because of the technical aspects you see in exchanges like volumes and price action,” analyst Willy Woo told CNBC.

Bitcoin (BTC) fell in recent hours below $30,000, but then rose back above 32,000 affected by the closure of mining farms in China and a possible increase in regulations in the Asian country, and comes in collapse after having surpassed $41,000 earlier in the week.

The largest cryptocurrency touched $33,400 on Sunday morning, almost 20% below the $41,200 it traded last Tuesday afternoon. However, today it maintains the downward trend and finds no floor.

The so-called “hashrate” – the unit of measure that explains the processing power of the Bitcoin blockchain – is falling significantly in China as that country’s government moves forward with closures of premises where the cryptocurrency is mined, which is affecting its price globally, given the number of network transactions that are certified in that country.

In fact, an estimate by the University of Cambridge puts it at about 65% of the world’s Bitcoin mining took place in China in April 2020.

“In the long run, most consider China’s exit to be positive, but in the short term it can generate inventory sales,” said Jonathan Cheesman, head of institutional and over-the-counter sales at crypto-currency exchange FTX, quoted by Bloomberg.

One of the factors cited has been concerns that China will crack down on mining amid concerns about energy use and fatal coal accidents.

The city of Ya’an, in the southwestern region of Sichuan, promised provincial authorities to eliminate all Bitcoin and Ether mining operations within a year, a person with knowledge of the situation said, according to Bloomberg.

According to a report by the Global Times, backed by the Communist Party, Closure of many Bitcoin mines in the province has resulted in the closure of more than 90% of China’s Bitcoin mining capacity.

Earlier this week, Tesla company owner Elon Musk denied selling a share importbefore the Bitcoin that the company bought at the beginning of the year and said it was willing to accept the cryptocurrency as a form of payment for its electric cars in the future, which had caused its price to jump to US$ 41,000.

The interesting thing is that it had also been he who triggered, among other factors, a cryptocurrency sell-off by criticizing the amount of energy used by the servers that back the BTC and denying his customers the option to buy their cars using the cryptocurrency.

“These days, the Bitcoin market revolves around what Elon Musk tweets; for me, that’s not a big indicator. It’s like the whim of a billionaire,” said Marc Odo, client portfolio manager at Swan Global Investments.