The case of Binance in the United Kingdom it has been a warning to the bitcoin industry. The Chinese-origin platform was blocked in the British market for not complying with regulatory requirements imposed by the country. Several experts point out that operating with foreign licenses in other countries and the falsification of corporate identities could be the trigger to see a ‘Binance case’ in Spain.

Binance’s ban on operations could call Spanish platforms into question. The legal framework of cryptocurrency in Europe is the directive mica. A regulation that Brussels launched in September last year and that, once it enters into force, has the objective of providing legal certainty to the digital currency market to prevent fraud and scams.

In our country, the CNMV has defined some parameters through which investment funds and sicavs can only have exposure to the cryptos through derivatives such as exchange-traded funds (ETFs). Faced with this barrier and the complexity of these assets, the solution that several managers have reached has been to invest in companies that have already transferred part of their treasury to bitcoins.

Javier Molina, eToro’s spokesman in Spain, has pointed out to this portal that they avoid legal responsibilities with the trading of cryptocurrencies in this country “is very difficult” by the surveillance of the CNMV. However, he says that piracy “is a problem” that has been able to gain a foothold in the industry.

In Spain, a precedent could be seen with the Arbistar case. The Canary Islands-based platform dented 32,000 users and caused damage to the value of EUR 100 million. The platform’s managers claimed to be investing investors’ capital, but court inquiries suggest that they were moving it in their direction. In fact, users’ demands for withdrawal of funds were not met. 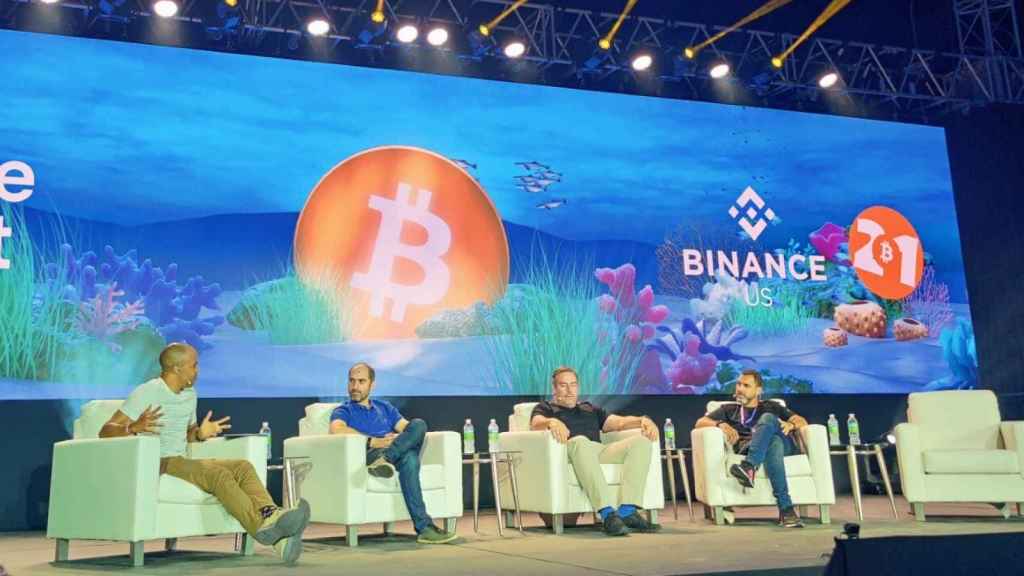 One of the sessions of the Bitcoin Conference, held this week in Miami. Photo: RJC

“The crossing of licenses by operate with permits from other countries it must be monitored between the platforms, “says Herminio Fernández de Blas, CEO and founder of Eurocoinpay. The cryptocurrency expert says that an added danger in our country is “the use of bitcoin in the names of fake companies”.

According to Fernández de Blas, on Facebook and Amazon there have been cases of “fake cryptocurrency ads” in which these assets are not issued or traded by the companies that appear on them, but “users believe that they are” and fall into the trap. Forgeries of corporate identities could have affected 45,000 people in Spain, according to the Eurocoinpay expert.

Molina says the legal complexity surrounding bitcoin is directly related to the volatility to which the asset is exposed. “It’s like the Internet Industrial Revolution and, as with the dotcom, new technologies tend to be more volatile,” says the eToro spokesperson. On the other hand, he adds that it is an asset “that comes from the people” and until “there is a balance between supply and demand – since there is still little volume of capital – it will not stabilize”.

Alejandro Zala, director of Bitpanda in Spain, says that “there is a natural fear of change due to the bad actors that exist in the market”. However, it states that it is precisely for this reason that “we must push for new regulations faster and laws.” 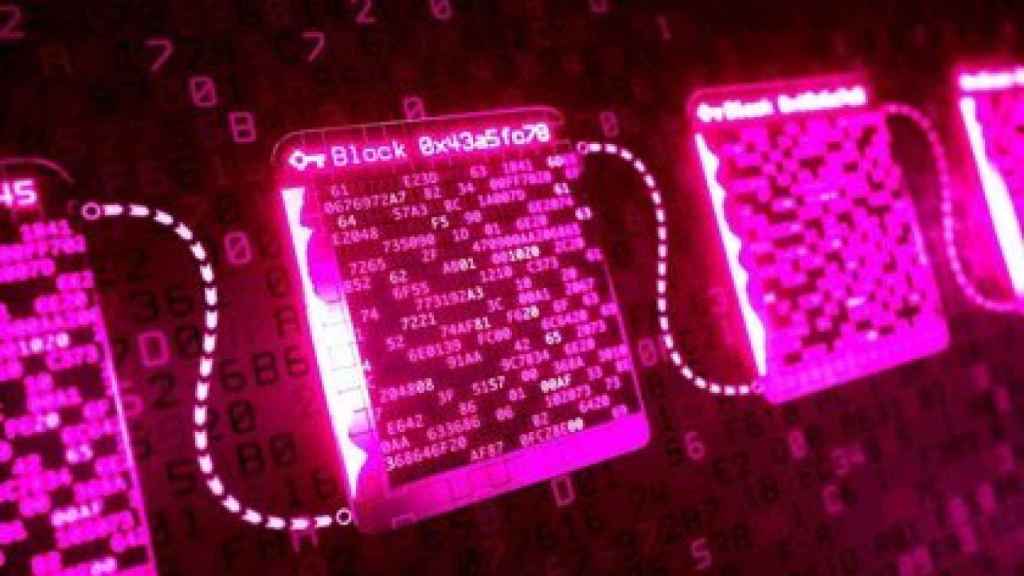 Technology blockchain it is one of the digital tools that is helping to have more control over transactions within the financial system. Fernández de Blas assures that the accusations that the democratization of bitcoin can generate that the capital is used for the financing of terrorism or money laundering, “it is an argument of the power groups to attack“.

In this line, the founder of Eurocoinpay says that the blockchain it implies a “traceability of portfolios” that makes it much easier for the authorities to “uncover irregularities”. He also adds that in the coming years there will be “wallets Identified with real people to verify the identity of the actors.” Molina adds that, “if I wanted to launder money, I would use the cash.”

Experts in cryptocurrencies agree that one of the biggest dangers of the asset lies in investing without understanding. Fernández de Blas adds that even worse is “understanding cryptocurrency as a store of value”. Contrary to this perception, the CEO of Eurocoinpay advises “not to invest more than 20% of the portfolio”.”

From Bitpanda they assure that the platforms of exchange of cryptocurrencies are the first interested in that the measures are reinforced and thus guarantee a regulatory framework. “It will give much more security and guarantees to both institutional and private investors, while at the same time end with those Players Doubtful that take advantage of the non-regulation of the product”, says Alejandro Zala.

The paradigm shift that this new model entails also entails the danger of not having a regulatory body that acts as a filter before what is presented to the user. In this scenario, the blockchain is postulated as well as the factor to be developed for streamline brokering, but also to guarantee the safety of the citizen who approaches this universe.