The famous Hollywood actress and special envoy of the UN High Commissioner for Refugees Angelina Jolie has created an Instagram account.

Your decision Jolie explained by her desire to talk about the fate of the Afghans after the Taliban came to power in the country (the Taliban movement is banned in Russia as a terrorist movement).

In her first post, the actress published a letter from an Afghan teenage girl. The author of the letter notes that fear has replaced a calm life. 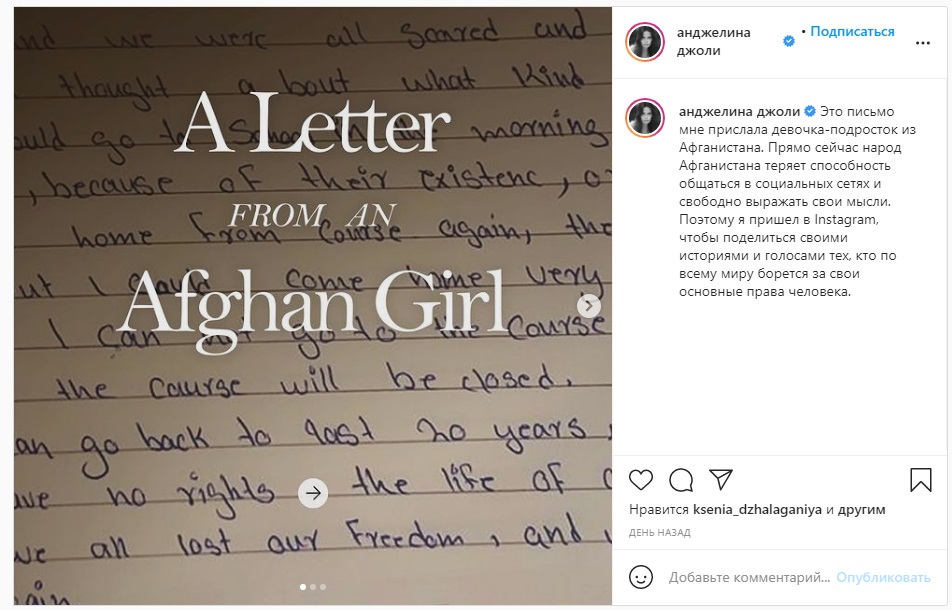 In another post, which Jolie posted about five hours ago, she regrets that now 1% of the world’s population (which is 82.4 million people!) Are refugees.

“This is almost twice as much as ten years ago,” – wrote the actress. 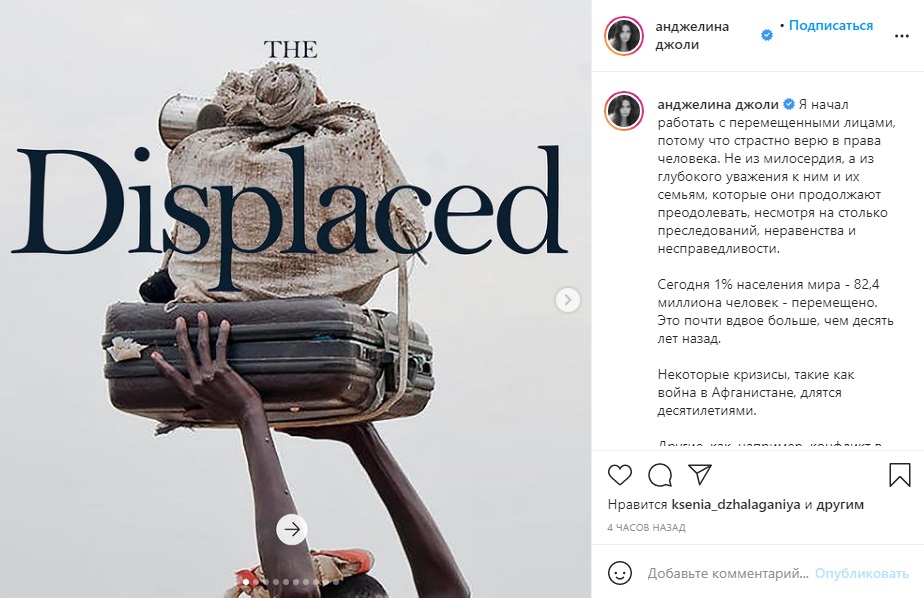 By the way, over 6 million people have subscribed to Jolie’s account in a short time.

Recall that Angelina Jolie is actively involved in charity work, helping children from all over the world. She has six children, three of whom the actress adopted from disadvantaged families.