The developers of the most popular Ethereum client Geth have released a hot fix for a high severity bug in their code. They do not disclose the details of the vulnerability so that the operators of the nodes, including those used by various projects and services, can safely update.

“The immediate attack vector will be revealed later. All versions of Geth with support for the London hard fork are vulnerable (the bug is older than London), so all users need to update, “wrote Geth developer Peter Siladji.

According to Ethernodes.org, about 75% of Ethereum nodes currently use Geth. They should switch to the current version 1.10.8 as soon as possible. 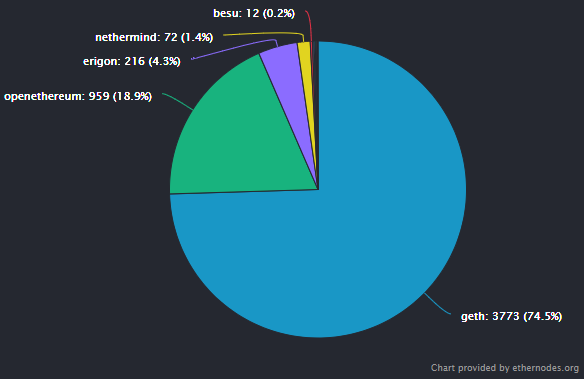 For the first time, the developers reported the identification of the problem on Wednesday, August 18. It was discovered by Guido Vranken, who specializes in finding vulnerabilities in open source software.

In November 2020, a bug fix in the Geth client caused the Ethereum blockchain to split into two chains. As it turned out, the developers added a fix to the previous release, but did not emphasize its seriousness, so as not to attract the attention of cybercriminals. As a result, many operators ignored the update, and their nodes stopped synchronizing with the blockchain, which caused massive disruptions in the operation of Ethereum-based services. The developers then acknowledged that they should work on procedures for informing network members of important fixes.

“Last time people got mad at us when we made urgent changes but didn’t report them. This time we decided to do it differently. Let’s see how it will be better, ”added Siladyi.