Tennis is a very fetish sport. From signature lines and ball pockets to personalized player logos and weightless million-dollar watches, tennis is arguably the most style-centered sport that hasn’t been judged on aesthetics. 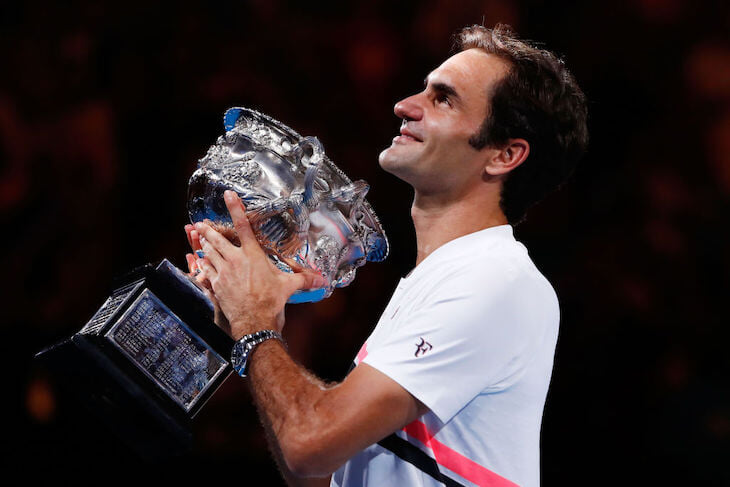 Tennis has a rich history of relationships with fashion and lifestyle. He had his own dresser. René Lacoste and Stan Smith, and now, it seems, Naomi Osaka are iconic figures for both worlds. 70s superstar Chris Evert gave the name to a whole class of jewelry, Roger Federer was recognized as the most stylish man of the decade by the mainstream gloss.

Ralph Lauren dresses the judges on “Helmets”, Anna Wintour and Beyoncé come to cheer on them. The great photographer Peter Lindbergh incorporated the rackets into fashion photography for Harper’s Bazaar (2010), and for Vogue decades earlier, the equally great Helmut Newton and Horst P. Horst worked on the court. One of the main fashion brands of the 2010s, Danish Ganni held a show on the court several years ago, and in 2009, Jean-Paul Gaultier’s Hermès did it.

At the same time, modern professional tennis, although it is considered the fourth most popular sport in the world, is in dire need of a new audience against the background of aging and the outflow of the existing one. In the fight for it, he constantly tries to look youthful and relevant – for example, dressing players in clothes inspired by street art, street style, the climate threat and the forever young Andre Agassi.

That’s why it’s so funny to see the traditional and nostalgic tennis aesthetic of the white-collar style of polo shirts, pleated skirts and thin braided pullovers stole the fashion mainstream over the last couple of seasons. 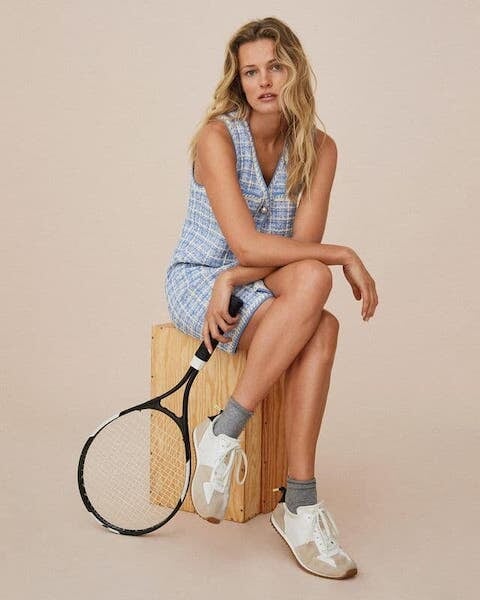 Market researchers say the upsurge in tennis style is a direct consequence of covid. Under lockdown conditions, recreational tennis – which is played with social distancing and mainly on the street – turned out to be one of the few acceptable entertainments, so that in 2020, 21 million people played tennis in the United States alone, of which 3 million were for the first time; which is 20% more than a year earlier (data from Sports Marketing Surveys). Racket sales are up 40%. 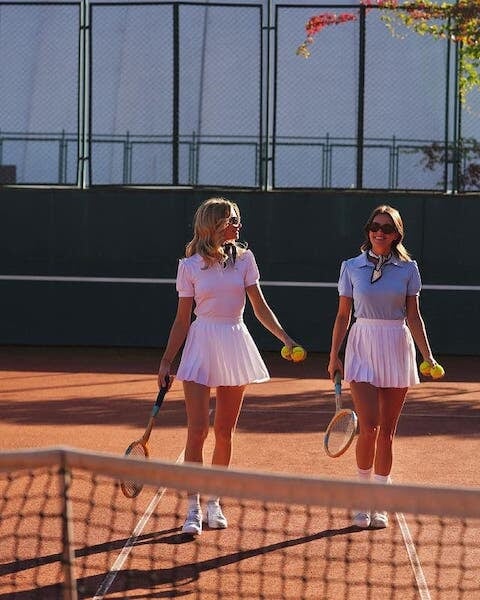 Instagram of the Russian store 40Love, where there is a skirt “Gassi” and shorts “Farrah”

It is clear that in the 21st century it is impossible to find a new hobby and not take a picture behind it, so the visuals from the court spread across social media and inflated the demand for clothes for it. The renaissance of the tennis skirt, a short pleated a-line skirt, which began a little earlier, only exacerbated the situation. As a result, tennis content in 2021 has become an analogue of the avocado toast from 2011 – a traffic engine, a crowd-reader, and the most demanded background. 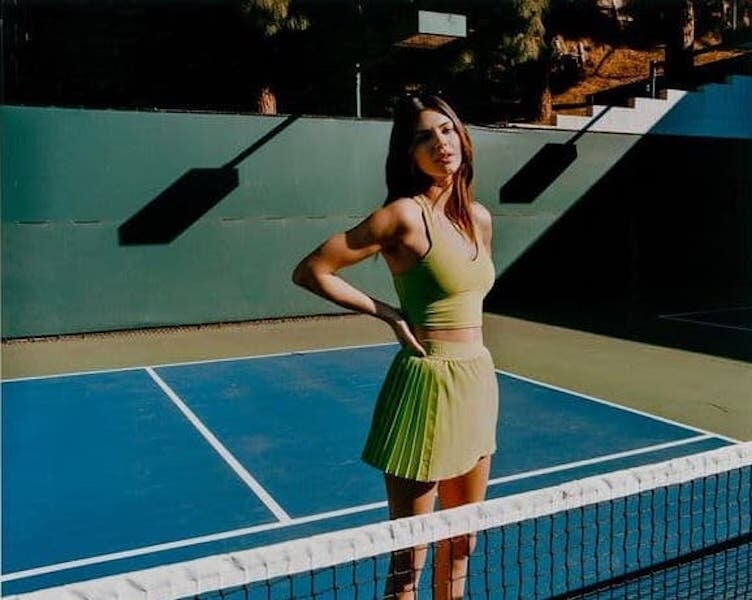 In May, model Kendall Jenner (181 million subscribers) posted a photo from the court in a sponsored uniform the color of a tennis ball, a month later her sister Kim Kardashian (244 million) presented her version of a tennis bow unmistakably. By that time, the Instagram retro brand Sporty & Rich had already ousted the quarantine phenomenon Pangaia from the niche of the most coveted cotton items for $ 200, and the quarterly aesthetic magazine Racquet came out with full-fledged fashion material: Vogue editor and British it girl Laura Bailey posed in classic tennis whites and told, like last year I accidentally took three tennis dresses with me on a week-long trip and went through them all week (not tennis). 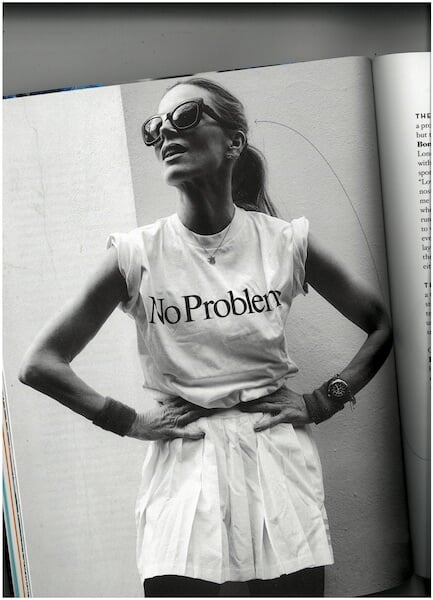 Not long before Roland Garros, Zara launched a collaboration with the Prince tennis outfit, and a few weeks later, the American publication Grazia introduced the term “tennis” into the fashion discourse (by analogy with norms, cottage and other “cores”, aesthetics), providing it with an important disclaimer: “You don’t have to be a professional athlete in order to become a tennis player, or even play sports in general. This is the same “kind of” sportswear, athleisure – it can be worn on the court or not on the court. See: pleated skirts, polos, skirts-shorts sets. ” This finally normalized tennis aesthetics beyond the purely sporty, functional style.

In mid-June, fashion aggregator Lyst reported that searches for “tennis skirt” had increased 33% since the beginning of the month, and a week later, following the collaboration between New Balance and the tennis-inspired Casablanca brand (and Gucci), searches for “silk polo shirt “and by 14% -” sweatshirt with the inscription tennis club “. 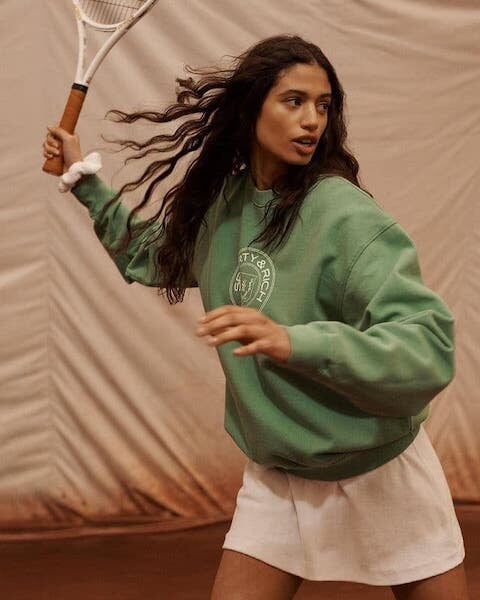 Founded by French Moroccan Sharaf Tajer, Casablanca is one of the non-functional, but designer sports-style brands that have taken off in the wake of the tennis boom. “The Casablanca palette shimmers with colors reminiscent of the courts of the Roland Garros stadium and the sun-dried terracotta of North Africa with white tennis accents and splashes of pastels,” says the brand’s website, where you can also buy cheerful jersey with the image of the court (knitted T-shirt Exactly, € 420), but more or less all Tennis Club T-shirts can only be subscribed to before they return. 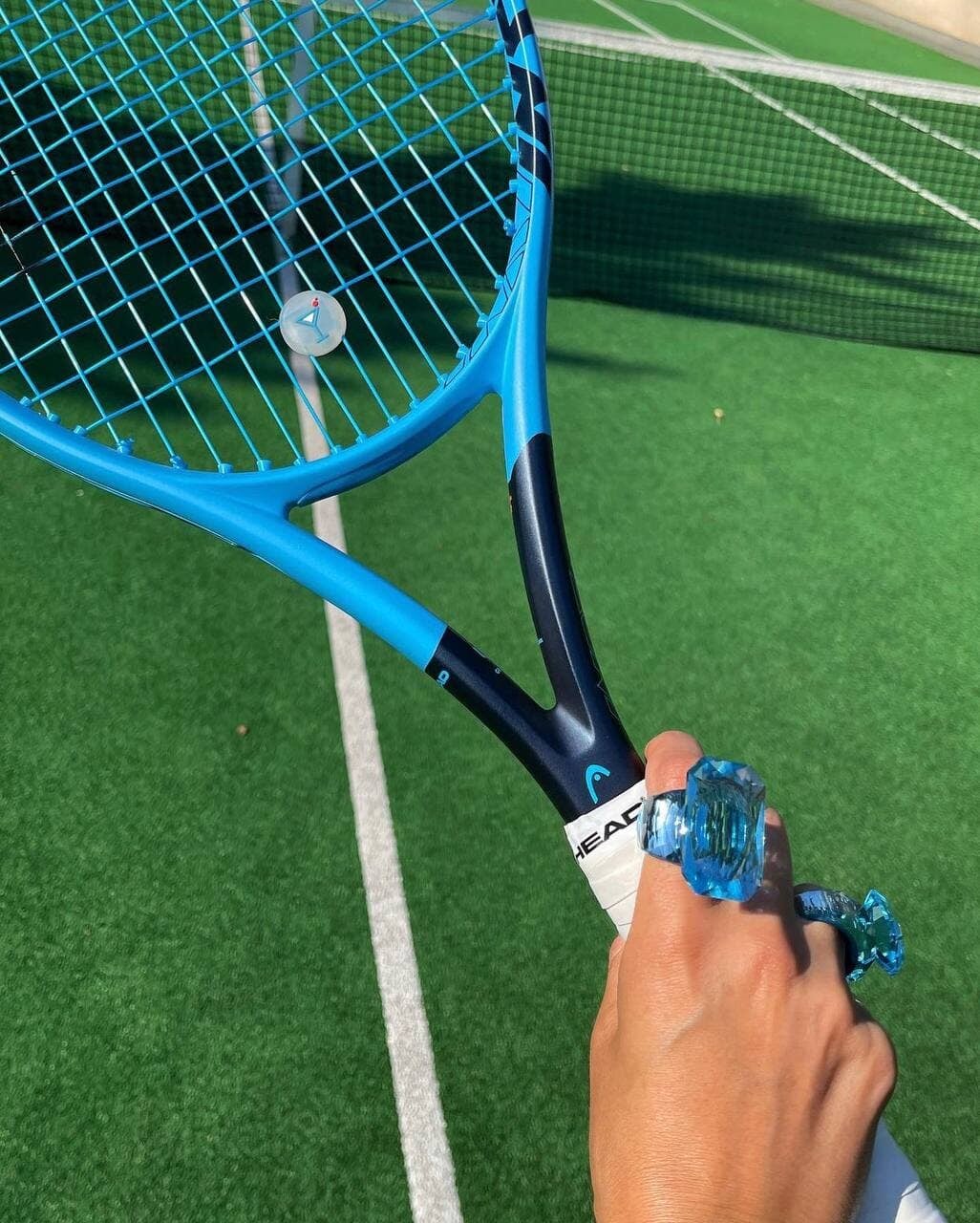 The most progressive online retailer Ssense, apart from Casablanca, also sells near-tennis Jacques, the Palmes Tennis Society, Roger Federer’s On sneakers and his Wilson racket; competitor Net-a-Porter launched a capsule collection of fledgling brand Full Court Sport this summer (who dressed Kim Clijsters for her comeback a year ago). Ssense Vice President Federico Barassi told Business of Fashion this month: “Tennis is in high demand in the fashion industry right now. Further it will only take longer. “ 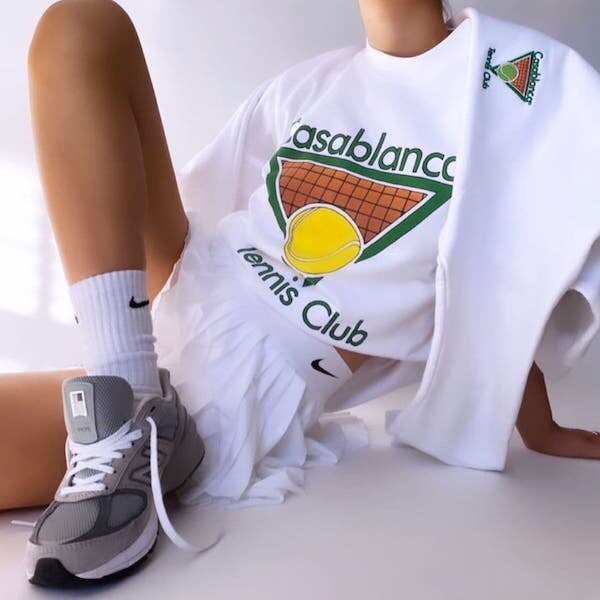 His words are confirmed by tennis brands launched around the world in recent months: DL Courtwear in Berlin, Furi Sport in Brooklyn, Palmes Tennis Society in Copenhagen, 40love.store in St. Petersburg (all but the last one this summer). The first tennis drop of Sporty & Rich in May sold out in 10 minutes (their usual pace is three to four days), and it seems that all non-sports brands were filming promo images on the court and / or with rackets: from democratic Mango and Oysho to premium Neiman Marcus and niche Rowing Blazers.

It is believed that the guarantee of the sudden virality of the tennis style not only in pandemic circumstances and the incessant fashion for nostalgia, but also in its bourgeois image and a touch of exclusivity – it seems that they have not lost their attractiveness even for Generation Z, relatively indifferent to old money and conventional manifestations of wealth (The name Sporty & Rich, of course, has irony – but not only that). 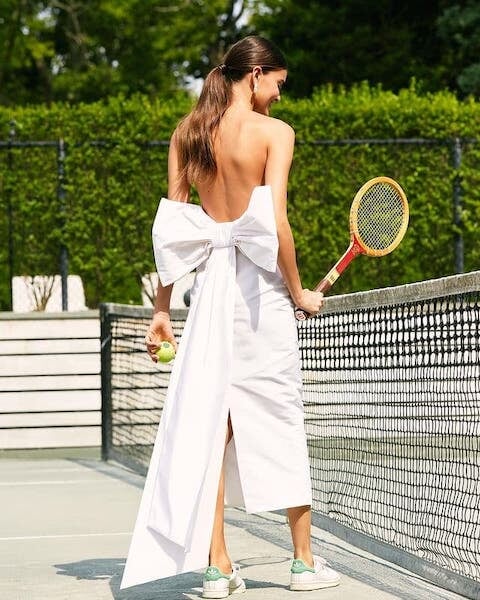 Another thing is that – as is the case with all overactive trends – the fashion for tennis can fade away as quickly as it flared up.

But then there will be something left to do tennis.