According to a new article in The Astrophysical Journal, the energy source is extremely finicky: it looks very bright in the radio frequency spectrum for several weeks, and then disappears completely during the day. This behavior does not correspond to the profile of any known type of celestial body, experts say, writes Live Science. 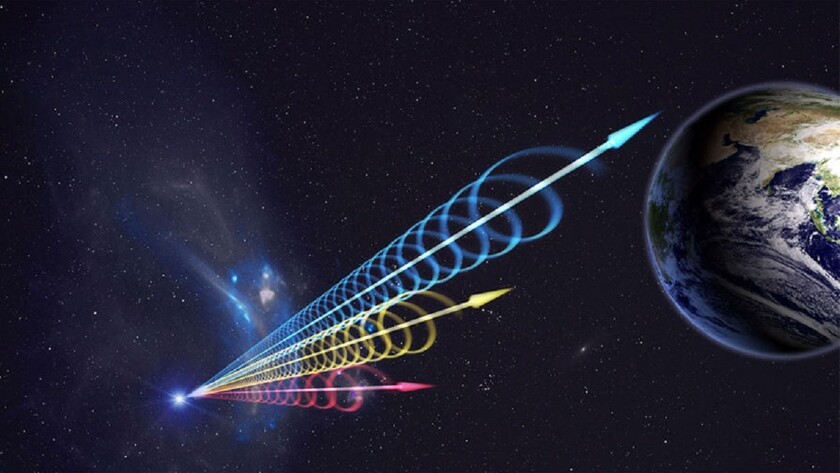 The radio signal was named ASKAP J173608.2-321635. It was first noticed by the ASKAP radio telescope located in the remote Australian outback. The researchers wrote that from April 2019 to August 2020, ASKAP recorded the strange signal 13 times. It never lasted more than a few weeks, and it was impossible to predict its disappearance.

When scientists tried to match the energy source with observations from other telescopes that could “see” signals in different ranges of the spectrum of electromagnetic radiation, they did not work. ASKAP J173608.2-321635 was like a ghost whose existence could not be explained.

The center of the Milky Way as seen by NASA’s space telescopes. Photo: NASA / JPL

So far, the signal has been assigned to the so-called Galactic Center Radio Transients (GCRT; Galactic Center Radio Transients). This is the name of the sources of intense, short flashes in the radio range. They were first discovered in the 2000s. Their emitted radiation can be confused with pulsars. There is an assumption that they are emitted by neutron stars with a strong magnetic field, but no one can yet say for sure.

Further study of the galactic center should help unravel the mystery of the mysterious signal.

Look what unusual cosmic discoveries and observations at one time made even scientists doubt the existence of their adequate explanation:

Love space? He can get closer: