Olympic champion in figure skating Alina Zagitova became one of the guests of the Tavrida festival, which started on September 8 in Crimea.

One of the topics of communication with fans was the possible participation of an athlete in the 2022 Olympic Games, which will be held in February in Beijing. Earlier, Zagitova was not included in the national figure skating team for the 2021/22 season, and the head of the Russian Figure Skating Federation (FFKKR), Alexander Gorshkov, said that the skater would miss the competition in the Chinese capital.

“We need to adequately assess our capabilities: I will definitely not participate in the Winter Olympics in Beijing,” the website kp.ru quotes Zagitova as saying.

The athlete noted that in the remaining time she would not be able to prepare for the Olympics and earn the required rating. At the same time, the skater emphasized that it is still not worth talking about her retirement from the sport.

“I miss the Olympic emotions … But I didn’t say that I finished my career,” Zagitova recalled.

Remembering the 2018 Games in South Korean Pyeongchang, the champion complained that she did not have time to feel the atmosphere of the Olympics.

“We were at the training camp in Japan, immediately after our arrival we went to the competition. We didn’t live in the village itself, we didn’t attend the opening… ”- noted the skater.

After a triumph at the Olympics, Zagitova unexpectedly failed at the 2018 World Championships in Milan. Then the favorite of the competition could not cope with emotions and fell three times in a free program, and after the performance she burst into tears. According to the skater, she found out that she became the fifth only a year after the competition.

“I didn’t look at the results on purpose: if I’m past the podium, why should I know what place I took? Emotionally, it knocked me down a lot, ”the Olympic champion admitted.

At the same time, the athlete noted that already at the next World Championship, which was held in Saitama, Japan, she won gold. She called this victory the most memorable in her career. 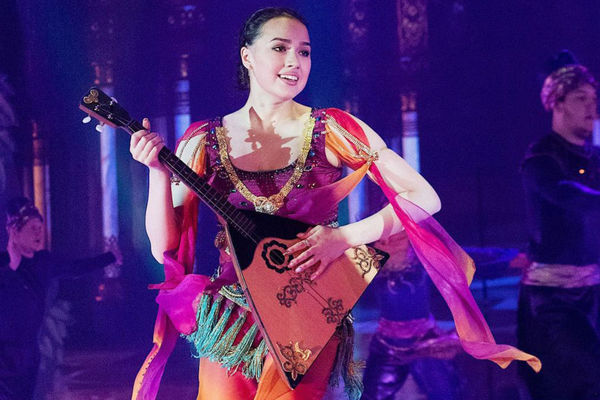 After the final of the Grand Prix of the 2019/20 season, in which Zagitova took the last, sixth place, the skater decided to suspend her sports career. At a meeting with fans, she said that she does not miss the competition, since now she has a more diverse life.

“Not only training, but also the university, speech classes, English lessons, participation in the show. And in the evening there is even a little time left for yourself – for all sorts of girlish cares, ”said the athlete.

After the suspension of her career, Zagitova, as a presenter, took part in the television project of the First Channel “Ice Age”. She stated that it was very difficult for her on the set of the first episodes of the show, since she had no experience in television. The skater also admitted that she had difficulties in communicating with the participants, since she is a rather closed person.

“I remember when I approached the participants, for example, Olga Buzova, I was already shaking all over. I didn’t know what to say, all my thoughts were in a heap. And she seemed to come up with questions, but on the way she forgot everything. I was so worried that instead of “Olya” I could say a completely different name, ”said the Olympic champion.

The skater noted that between filming the program, she worked with a teacher and continued to develop, so over time she managed to improve her speech skills.

On September 25, at the CSKA Arena in Moscow, the show “Figure Skating Lovers” will take place with the participation of eminent figure skaters. In addition to Zagitova, two-time world champion Evgenia Medvedeva will also take part in it. Fans of the Olympic champion did not disregard the upcoming meeting of the two former rivals, but the athlete said that she did not even know the list of all the participants in the event.

“I didn’t look at who was participating there. If I am interested in the proposal, then I agree, “Zagitova emphasized. 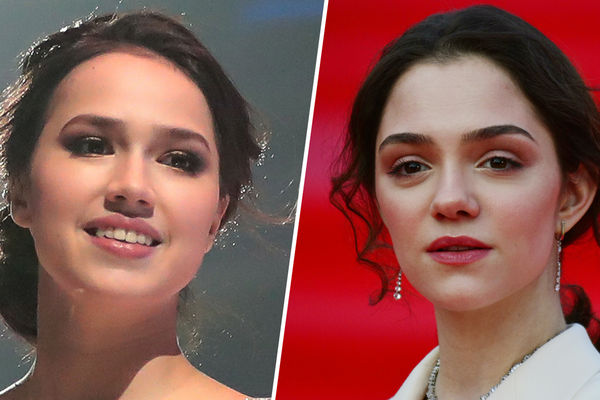 Participants of the conversation at the Tavrida festival paid attention not only to figure skating, but also to rhythmic gymnastics. Zagitova was asked to share her opinion on the scandal that occurred at the 2020 Summer Olympics in Tokyo. Recall that the victory in the individual all-around was won by the representative of Israel, Lina Ashram, who dropped the ribbon in the final performance. The second place was taken by the Russian woman Dina Averina, and her sister Arina became the fourth.

Zagitova noted that she never evaluates the work of judges.

“There was a fuss about the girls being sued, but the result did not change. Of course, it’s unpleasant. I was very rooting for the girls, we communicate well with them, and I was offended that this happened. But I don’t presume to judge ”, – the skater summed up.