Our football continues to amaze with contrasting news. We traditionally offer you to get acquainted with the attendance of the latest matches in the territory of one city, and you can draw conclusions yourself.

🏟 The matches of the Russian national team in Moscow could be attended by up to 30% of spectators from the capacity of the entire stadium. These are 18,708 people at Luzhniki with Croatia and 10,508 at Otkritie Arena with Malta.

🏟 Meanwhile, in the RPL, the possible attendance is different everywhere (and differs not only in cities, but also within the same district). There is only one common feature – in Moscow and St. Petersburg, fans need a QR code to be admitted to the arena.

🏟 The same 30% will be able to attend the RPL matches in Tula (Arsenal), St. Petersburg (Zenit) and the Dynamo stadium in Moscow.

🏟 And if for “Dynamo” it is 7700 spectators, then only 3000 spectators are allowed to “Lokomotiv” and “Spartak” in the same Moscow.

🏟 On the derby CSKA – Spartak on September 20 at the VEB Arena – only a thousand. 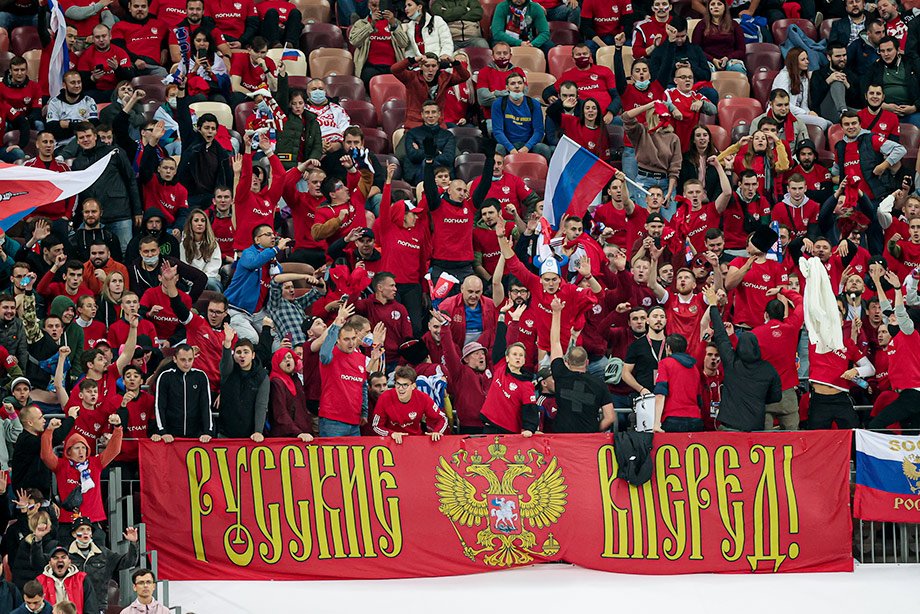 To understand: CSKA plays in the same city as Dynamo. The stadiums are separated by several ground transport stops or one or two metro stations.

We have already tried to find logic in how and who lets in the stadium in Russia, and we did not find it. 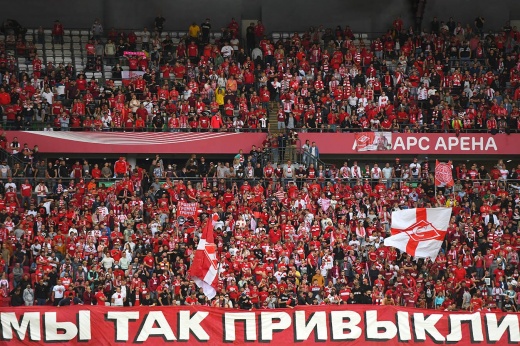 In Russia, they are selectively allowed to play football. Where is the logic?

Discussions and questions “why so?” Do appear, but I am more worried about the global picture at the level of “Russia and the world”.

Russia, namely the RPL, for a long time was the only serious European league that did not finish the championship, but played it out and let spectators into the stadium. First 10%, later 30% and then 50% (taking into account regional peculiarities). This was the case in the months when Europe was in quarantine.

In Russia, there were suspicious matches like Spartak – Zenit (when 50% were allowed in October 2020) and the last home game of CSKA, when visually there were much more fans than was allowed and the authorities had “concern”.

At the same time – especially in the area of ​​the Victory Day parade (June 24, 2020) and the July vote for amendments to the Constitution – including with the help of spectators in the stands, it seemed that normal life had returned along with full-fledged sports.

RFU and RPL through official resources drowned in order to make the matches “livelier”, and the clubs would receive “small, but additional income.”

And in the Champions League games with spectators were held only in two countries – Russia and Hungary. 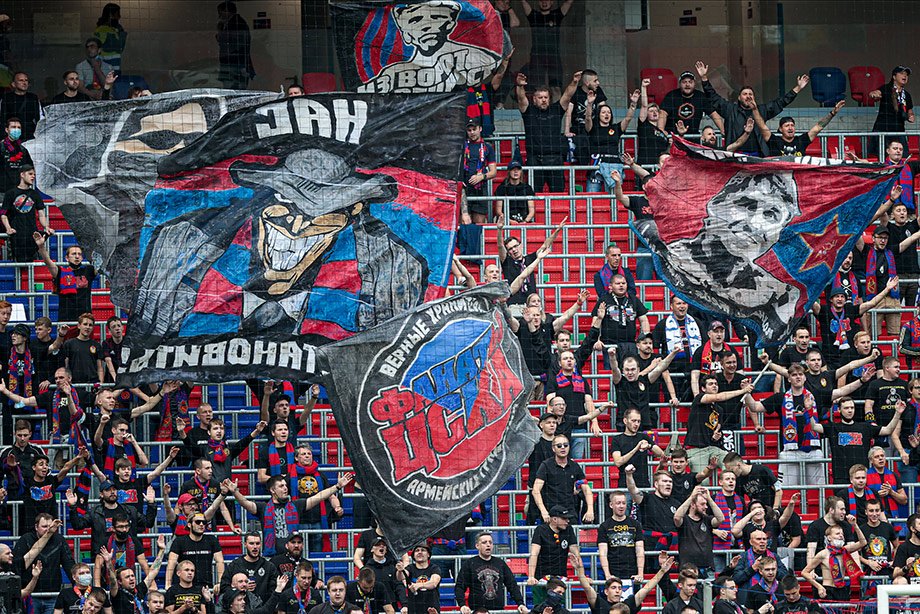 Further – the matches of the European Championship in St. Petersburg. UEFA allowed Russia to refuse matches, but Putin said after the tournament that the country had to fulfill its obligations.

And, despite the antiquated measures and the prescribed rules, organizational chaos was seething at the tournament in St. Petersburg. Exactly how and why the deflated mask became the symbol of the Euro – you can recall in the text below. 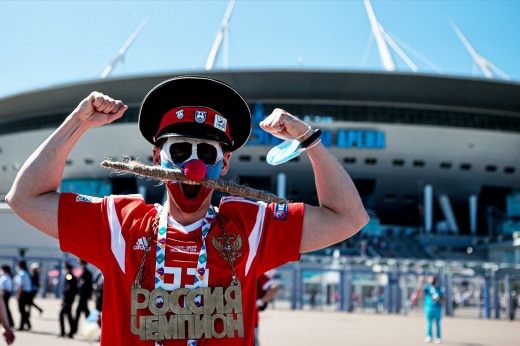 Euro security in Russia is a myth. Sponsors are more important than people

🏟 Expected 1000 spectators at the derby.

🏟 The contrast between the number of spectators on the national team and on the same derby. And the fact that it was allowed to increase the landing only after the national team (not the league) asked about it.

🏟 That a year ago the RPL was a league with spectators. Now Russia is the country where fans are allowed to play football in portions and situations are possible, like in Nizhny Novgorod: a thousand spectators can come to a match of a local club, while a thousandth wave is going around the city in honor of its 800th anniversary.

Examples from other cities, including Moscow, suggest the same thing. Air shows, concerts, parties – you can. Grassroots football is not allowed. 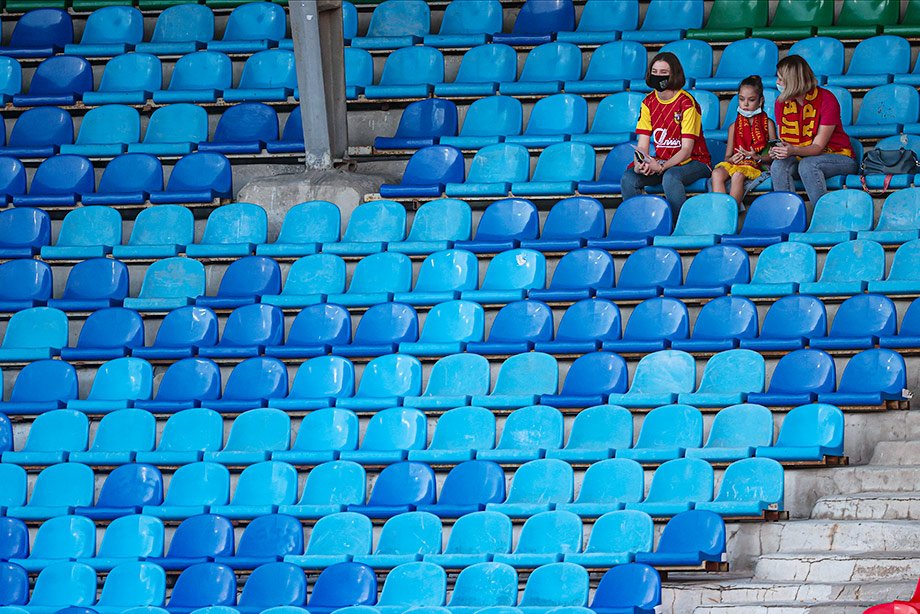 A lot of them.

1. Why are QR codes not needed in restaurants and other closed spaces, but for football?

2. Why do they limit spectators precisely on sports?

3. If they limit it, then everything is bad, they hide a sea of ​​sick people from us, but they don’t tell us about it?

4. But since everything is bad, why is it possible to have an air show, but not to play football?

5. For the matches of the national team, the situation has improved, or did you need a bright picture for the rest of the world?

6. Who is to blame for the fact that they are not allowed to the RPL? If the matter is in the RPL, then why is it silent and does not push the attendance of CSKA, an influential club with state people in its structure? Moreover, why is Zenit silent?

7. And, finally, all these last year’s victories over the virus – myth and window dressing?