At the end of August, companies have accumulated 3% of the total supply of the main cryptocurrency. Experts predicted that in a few years this share will grow to 10% 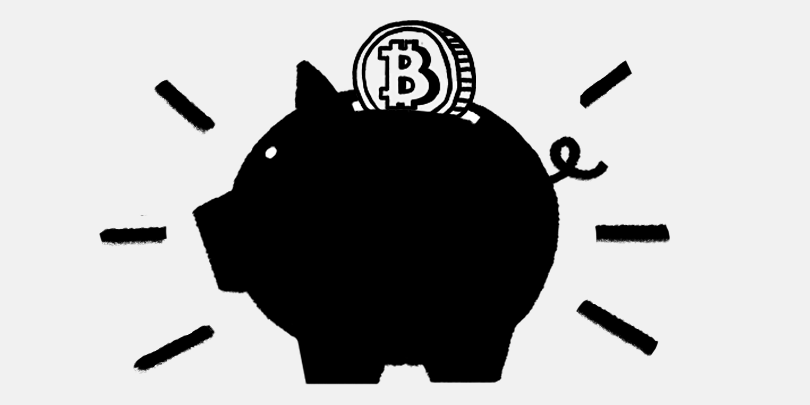 According to the latest data, companies own almost 3% of the total supply of bitcoins (21 million). At the end of August of this year, they have accumulated 537 thousand bitcoins ($ 25.2 billion at the current exchange rate at 14:00 Moscow time on August 26).

The first place in the list of the largest owners of bitcoins among companies is taken by MicroStrategy, which has accumulated almost 109 thousand digital coins ($ 5 billion at the current exchange rate as of August 26). MicroStrategy last invested in bitcoin on August 24th.

The second and third places are occupied by Tesla and Square, respectively. The automaker announced the purchase of bitcoin in February of this year. As of August 26, Tesla owns 43.2 thousand bitcoins ($ 2 billion).

Square invested in bitcoin in February 2021 and October 2020. Twitter founder Jack Dorsey’s payment company owns 8,000 digital coins ($ 374 million). In early May, Square published a financial report for the first quarter of 2021, according to which the income from investments in bitcoin was $ 3.5 billion.

Will the share of companies on the crypto market grow?

Taking into account the lost or inaccessible bitcoins, companies currently own about 3.75% of the total emission of bitcoins, says Nikita Soshnikov, director of the Alfacash cryptocurrency exchange service. According to him, this is a small volume, but it is enough to talk about the interest of the corporate sector in the cryptocurrency market.

“Interest is manifested not only in direct ownership of bitcoin, but also in derivatives – futures, investments in cryptocurrency companies. And here the positions of institutional investors are stronger than in the market of the cryptocurrencies themselves, ”the expert noted.

On August 25, it became known that banking giant Citigroup is awaiting approval from financial regulators to begin trading bitcoin futures on the Chicago Mercantile Exchange (CME). Large American banks are actively entering the crypto market. In mid-July, it became known that some of Bank of America’s clients had access to Bitcoin futures trading. And in June, Goldman Sachs partnered with Galaxy Digital to boost cryptocurrency futures trading volumes.

At the end of 2017, CME Group released Bitcoin futures. Immediately after that, the price of the main digital coin and altcoins began to fall and entered a phase of long-term decline that lasted more than a year. At the end of 2020, CME Group launched Ethereum futures trading. The coin became the first altcoin traded on the stock exchange.

Institutional investors also invest in cryptocurrency companies. For example, investment company ARK Investment Management acquired $ 246 million worth of shares in cryptocurrency exchange Coinbase in April after listing them on the NASDAQ stock market and added the securities to three of its own exchange-traded funds.

Now it is more correct to talk about the gradual entry of institutions into the crypto market, Soshnikov is sure. In his opinion, this is only the beginning of their journey in the world of digital assets.

“It is obvious that their presence on the crypto market will only grow over the years,” the expert added.

It is not worth expecting a massive influx of institutional investors into the crypto market until 2023, Soshnikov said. He argues that it is in 2023 that there will be a massive jump in bitcoin prices ahead of the 2024 halving.

Taking into account all the regulatory difficulties and uncertainties regarding the cryptocurrency, investments of large companies even in the amount of 3% of the issue seem to be serious, says Viktor Pershikov, a leading analyst at 8848 Invest. He recalled that 3-5 years ago, the crypto market, accelerated by retail participants, could only dream about the participation of institutional participants and the classic business, while now buying digital assets on the balance sheet or accepting cryptocurrency as a means of payment by a particular company is no longer news. …

This trend will continue in the face of inflationary risks, businesses will look for protective investments for their assets, and now cryptocurrencies are quite satisfactory, the analyst said. Probably, in the next 1-2 years, the volume of the company will triple investments in bitcoin, Pershikov predicted.

Institutional purchases set trends, rather than follow them, so the business is unlikely to behave like retail participants and run after price increases, the analyst is sure. According to him, over the past couple of years, large purchases of bitcoin have taken place before the onset of bullish movements, and not after they have taken place.

“As part of the correction to the levels of $ 45-40 thousand, which is possible in the near future, we will hear new names of companies that have invested in bitcoin, after which the asset may rush to its historical highs,” Pershikov predicted.

The arrival of institutions on the crypto market contributes to its greater stability and predictability, explained the head of the analytical department at AMarkets Artem Deev. He agreed that in the future, large companies will become more active in acquiring bitcoin in the hope of generating additional profits.

– The expert predicted the return of the bitcoin rate above $ 50 thousand.

– “Do not open long positions”. Why altcoins began to fall in price

– Continued growth or new correction. What will happen to bitcoin next