Researchers at the Riken Center for Emergent Matter Science, Japan, have demonstrated the possibility of entangling three qubits at the same time, whereas until now, scientists have been able to associate only pairs. Three entangled qubits promise to greatly simplify the error correction mechanism in quantum computing, which still remains an insurmountable obstacle to the scaling of quantum computers. 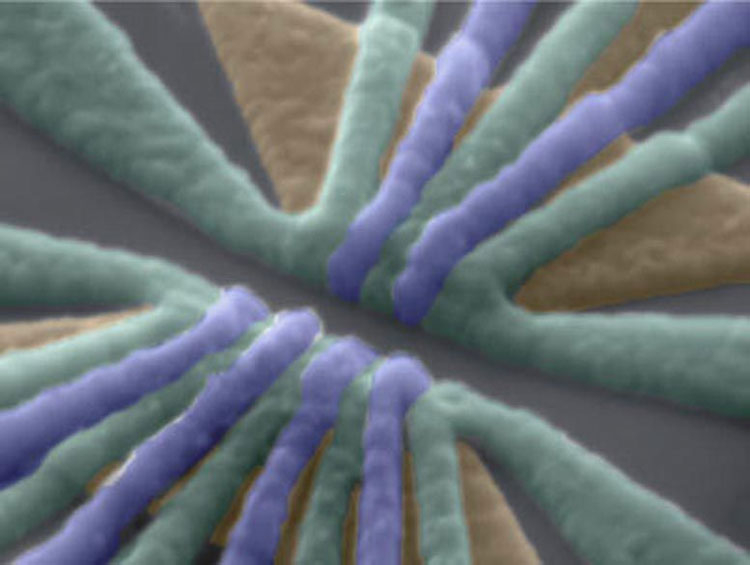 Entangling qubits – conventional analogs of transistor switches in traditional chips – means giving them the same quantum properties. This means that measuring these quantum properties (parameters) in one of the coupled qubits automatically gives an idea of ​​the parameters of the other, and now the third, qubit. For example, this can be the direction of the electron spin – conditionally 0 or 1. These properties are used in quantum algorithms, and finding qubits in a state of superposition – simultaneously being in all possible states (before measuring the parameters) – exponentially accelerates computations (unfortunately, so far only for a narrow range of tasks).

The researchers carried out the experiment on bonding three qubits on a silicon structure using a composite structure of silicon and a silicon-germanium compound. Each of these three structures contained a qubit represented by an ordinary electron. The structures were controlled by gates made of aluminum, and the spin states of the electrons were changed by a strong magnet on the crystal. The field created by the magnet, due to the drop in strength (gradient), separated the resonant frequencies of the three qubits, allowing them to be addressed separately.

The introduction of the third coupled qubit into everyday life can be used both to speed up calculations, which will need to be implemented in algorithms, and for error correction and scaling of quantum systems. The last two possibilities are inextricably linked, since today, to correct the errors of each logical qubit, it is required from 10 to thousands of physical qubits, depending on the given calculation accuracy, and even in this case it will be less than 100%.

The introduction of the third coupled qubit, Japanese scientists assure, increases the qubit’s reliability up to 88%, which opens the way to primitive error correction and to a simple approach for creating multi-qubit computing systems. For example, the Japanese promise to bring their development up to 50 and even 100 qubits in the foreseeable future and present more advanced error correction mechanisms.