Most cryptocurrencies have turned red this week, but they continue to grow faster than forecasted. At the end of August, we quoted Bill Noble from Token Metrics that the coin will soon reach $ 145. It took her 5 days to get the bar. Now, as a guide, you can use the forecast of the CEO of Mercuryo, which expects SOL at $ 500 by the end of the year.

Solana’s takeoff this year began with the debut of NFT, when a collection of 10,000 monkeys sold out in 8 minutes. Despite a number of errors, the network has proven its ability to process large numbers of transactions in a short amount of time. When the project is fully deployed, the speed will reach 60 thousand transactions per second. It is faster than Visa (NYSE :), and combined. 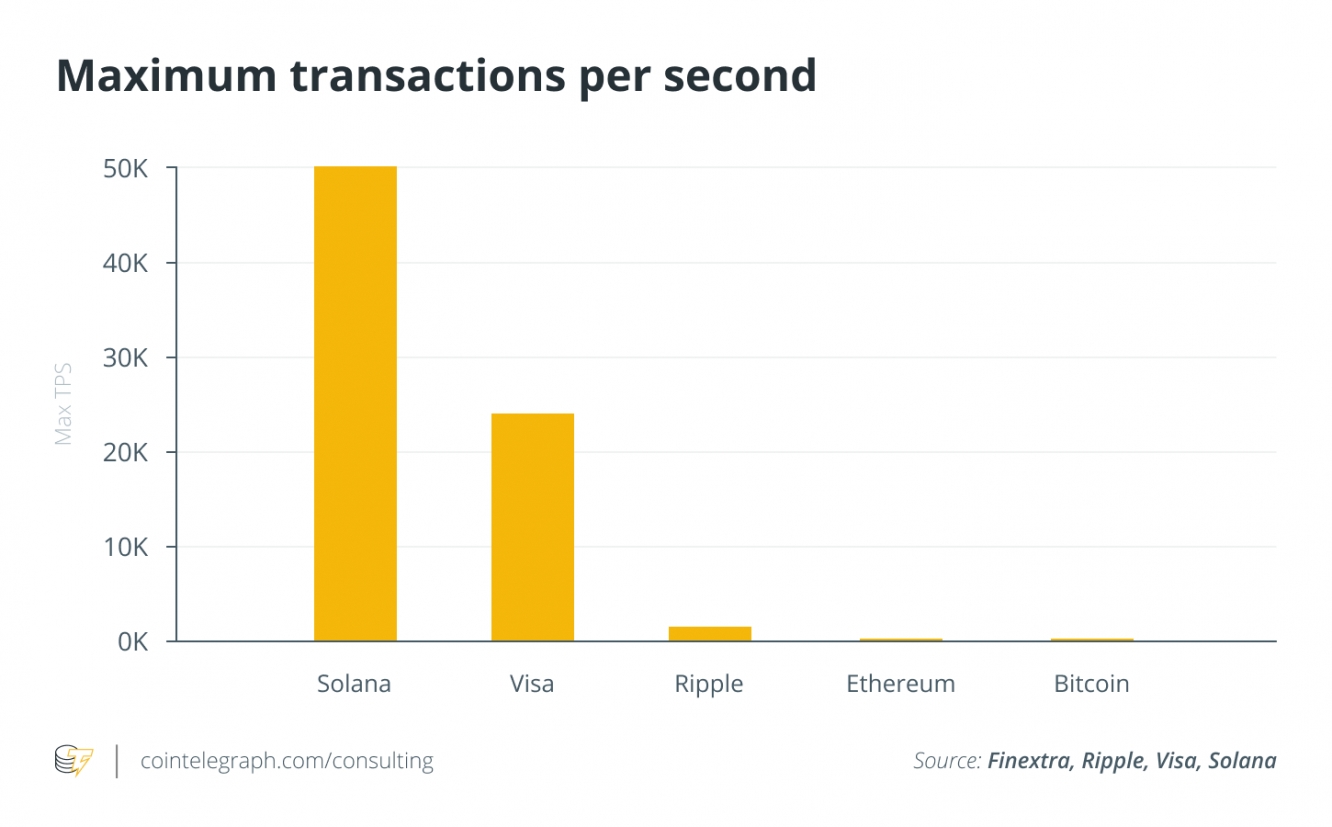 Solana runs on a proof-of-stake protocol with a unique proof-of-history add-on, which allows you to process transactions as they come in, without waiting for a block to be assembled. This gives an advantage in both speed and cost of transactions, which are on average less than a cent.

Ethereum still dominates the NFT and DeFi markets with 7,000 nodes and 90,000 validators versus Solana’s 600 nodes and 1,000 validators. However, high fees and constant postponement of the move to PoS are forcing startups to look for faster blockchains.

Thus, DeFi Land has raised $ 4 million in investments to launch a financial game on Solana. DeFi Land in a playful way teaches users how to handle the decentralized finance market and make money on it. This should attract smaller players, while now over 60% of DeFi transactions are backed by institutional capital.

In the non-fungible token market, Solana is also beginning to squeeze Ethereum. According to Nathan Ross, Solana is more suitable for NFT, as it is both cheaper and easier. And the FTX CEO announced on September 6 that they are launching their own Solana-enabled NFT platform.

Many are simply tired of waiting for Ethereum to move to PoS. In addition, blockchains have appeared, which at the start are devoid of a number of disadvantages of the leading altcoin. All of this brings us to the validity of the prediction from Mercuryo and the $ 500 level for Solana by the end of the year.