Hockey player Mikhail Sergachev, two-time Stanley Cup winner, brought the award to his native Nizhnekamsk. This was reported by the correspondent of “BUSINESS Online” from the airport Begishevo.

As a reminder, Tampa Bay won the Cup back in 2020. However, then they could not bring the main hockey trophy because of two Canadian guards who were assigned to it. This year, Tampa Bay won the Stanley Cup again. The athlete brought the award to his native school # 31. 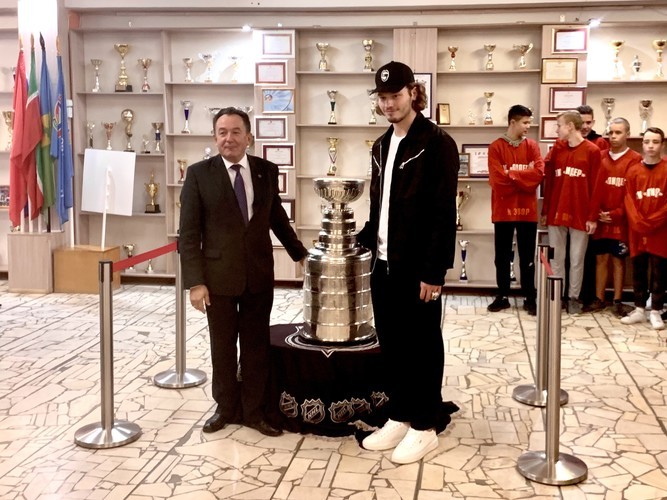 23-year-old Sergachev became the first Tatarstan pupil to win the Stanley Cup. Mikhail is a native of Nizhnekamsk and started his career at Neftekhimik. In the 2016 NHL Draft, Sergachev was selected by Montreal in the first round with a 9th overall number. The defender played only four matches for the Canadian club, after which he was traded to Tampa.

Last fall, after winning the Stanley Cup, Tampa extended their contract with Sergachev for three years. Under the new agreement, he earns $ 4.8 million per season. Mikhail entered the top 10 highest paid NHL defenders under 25.

Earlier, Sergachev announced that he plans to build a sports center for children in Nizhnekamsk. The hockey player today plans to give a press conference at the Ice Palace, as well as present a trophy for the Youth Sports School. From 16:30 the Cup will be displayed in the Neftekhimikov park. At 19:30 Sergachev will bring him to the KHL championship match between Neftekhimik and Siberia.