As of September 10, 264.7 thousand digital coins worth $ 897.5 million were destroyed in the altcoin network. The burning mechanism was launched by the London update, which was released on August 5 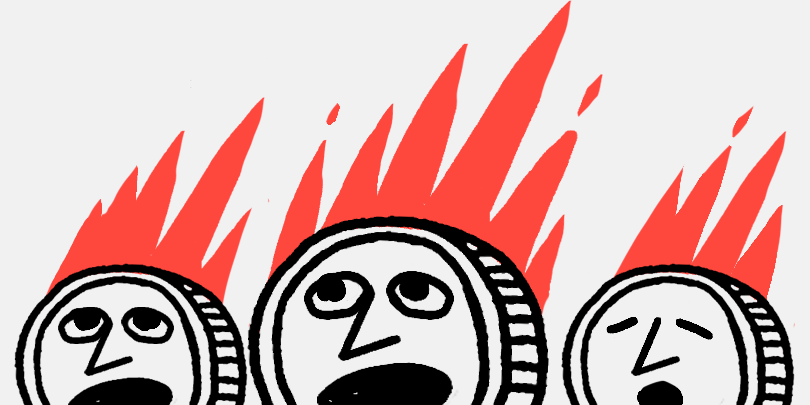 Over the past month, the average rate of Ethereum burning per minute has almost doubled. Immediately after the activation of the London update, which took place on August 5, the average altcoin burn rate per minute was at the level of 3 ETH. On September 10, this figure is 5.12 ETH (an increase of 71%), according to the ultrasound.money service. Prior to the release of the update, London Ethereum was not burned.

On September 10, 264.7 thousand digital coins ($ 897.5 million) were destroyed on the Ethereum network. Most Ethereum has been destroyed since August 5 as a result of:

Burning is the destruction of a certain number of tokens to reduce their number in circulation. This method is used to combat inflation and increase the value of cryptocurrencies. All coin burning operations are recorded on the blockchain as a transaction, and anyone can verify that the coins have been destroyed.

On September 4, for the first time in the history of the existence of Ethereum, the emission of the altcoin became negative. More digital coins were burned that day than new ones were issued.

In early September, the price of Ethereum for the first time since mid-May exceeded $ 4 thousand, and on September 7, as a result of the collapse of bitcoin, the value of the altcoin dropped to $ 3.3 thousand. On September 10, the cryptocurrency is traded at $ 3.4 thousand, its capitalization is $ 400.7 billion, according to CoinGecko.

– “Ethereum for $ 10 thousand? Is quite real”. Why altcoin has risen in price again

– “Ethereum will rise in price 10 thousand times.” Why cryptocurrency will continue to grow