Facebook has introduced Stories – “smart” glasses. In their frame are built two five-megapixel cameras, miniature speakers and microphones. You can take photos and videos, listen to music and make voice calls. 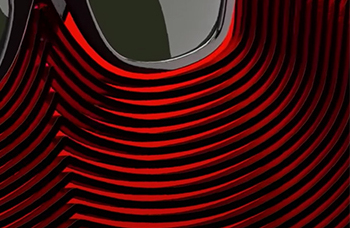 This is a joint development of Facebook and Ray-Ban. Full specifications have not yet been disclosed. Glasses are known to work with Facebook View and Assistant apps.

In Russia, there is still a rather complicated legal relationship with equipment that looks like spyware. Writing pens, lighters, key rings, voice recorders and GPS trackers were legalized in 2019, but you shouldn’t relax, says Roman Romachev, general director of the R-Techno intelligence technology agency:

– The softening was on the territory of Russia, that is, the softening of the rules was for, say, the employees of the Ministry of Internal Affairs – when they see such equipment, they themselves make a decision, evaluate what is special equipment and what is not. If we are talking about deliveries from abroad, then here we have a controlling body – customs. The level of customs officers who assess whether it is a spy technique or not is not always high. Therefore, I am sure that there will be supplies that will sooner or later fall into this category. As for spy equipment, any technique that works from our teams – be it Yandex.Station, Siri, Alisa or Marusya – will be 24 hours a day, just like Facebook glasses. control all the conversations around in order to snatch key phrases from there, for which you need to execute commands. Therefore, a priori, all these technologies are in fact spyware. How the legislator will look at this is difficult to say yet, because Facebook transfers information for processing outside of Russia, where the glasses will appear and move through which offices is also unknown. There are many issues here that the legislator will have to solve, because this technique is being used more and more.

– How promising is this development?

– We have Google many years ago presented its glasses. I don’t see anything new in this. And every IT giants are trying to replicate these technologies and deliver sales through their distribution channels.

The spyware story got publicized on the president’s direct line. A Kurgan farmer bought a GPS tracker on AliExpress so as not to lose a cow. However, a criminal case was opened against the man, but was soon closed – for lack of corpus delicti.

In just six months since the introduction of the article on the circulation of special equipment, about a hundred people were convicted, only one was acquitted. After that, the law was amended – only that equipment that is in personal use and has the distinctive features of recording equipment is not considered spy, for example, the camera must be clearly visible. Facebook glasses have an LED that will light up during video recording. So, with caution, we can conclude that this is not a spy technique.

However, the glasses will still be tested by our services before being sold in Russia, says Alexander Karabanov, head of the Karabanov & Partners law firm:

– Our technology is ahead of the law. And of course, we have restrictions on the sale, storage or use of technical means, which, according to certain regulations, are recognized as spy equipment. In this case, there is no official approbation as to what Facebook is releasing. I think that after certain tests have been carried out, a legal decision will be made as to what type of devices this should be – which will be allowed on the territory of the Russian Federation or not. The technique used should not contain any hidden functions for people who may fall into the field of its use. There should be certain information on such glasses that they contain certain functions.

– What is the potential punishment for this? Earlier, it seems, there were four years of imprisonment.

– Indeed, this article provides for punishment in the form of imprisonment. The punishment is determined, among other things, from the purpose of use, it is one thing when it is self-indulgence, and another thing when this technique is used either for some kind of commercial intelligence, or with a full-fledged collection of information in the interests of a country. You can get a sentence of imprisonment for up to five years.

However, the entry of new glasses from Facebook into the Russian market has not yet been reported. The announcement was for the USA, Great Britain, Italy, Australia, Ireland and Canada. There will be about 20 options for devices with different lenses and frames. There will be both classic models and prescription lenses.