RPL decided to announce a tender for television and commercial rights to show championship matches. Match TV, Okko online cinema, Yandex and Start video service are ready to compete for the opportunity to show the championship games. One of the proposals, according to media reports, is 6 billion rubles a year. Why the emergence of competition in the struggle for the RPL show can change football in the country – in the RT material.

Last week, a possible tender for the RPL TV rights was actively discussed in the Russian sports media space. And on September 9, this decision was announced at a league meeting. The last offer of Match TV, which has been the main broadcaster of the championship since the channel’s inception, was rejected, although the Gazprom-Media holding had a priority right to extend cooperation with RPL without organizing special tenders. Such a verdict was passed through a vote of the board members, which include, among other things, the heads of RPL clubs, and the tender itself should take place before October 11.

As expected, the competitors of Match TV will be the Okko online cinema (Sberbank), Yandex and the Start video service (MegaFon). That is, for the first time in recent years, a fierce struggle can go on for the television rights to show the Russian championship, which, most likely, will lead to an increase in their value. According to Sport-Express, according to the current contract with Match TV, RPL receives 1.7 billion rubles a year from the main broadcaster. In turn, RB Sport reported that in connection with the emergence of competitors, the Gazprom-Media holding offered the league 4 billion, but Okko is ready to pay 6 billion a year. 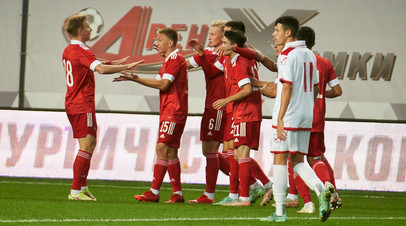 Modern football, high pressure and a bet on Agalarov: how the Russian youth team began the selection for Euro 2023

The Russian youth national football team scored three points in the first two matches of the qualifying stage of the European Championship in 2023. At first…

The general producer of Match TV, Alexander Tashchin, announced his readiness to participate in the tender and stressed that RPL and clubs would make an offer “fully corresponding to the market.”

“We are preparing for it (tender. – RT) in working mode, having a colossal show experience, a professional team and full technical support, “Tashchin said.

In turn, the head of the RPL Sergei Pryadkin said at the end of August that against the background of increased interest in TV rights, the league is preparing to significantly increase their value. This position is quite logical, as it will give an opportunity to earn not only the RPL, but also the clubs. That is, the league will finally start receiving substantial money for the product it produces.

Naturally, it should be noted that in recent years Match TV has done a lot to popularize domestic football. In addition to direct broadcasts, the channel regularly aired author shows from well-known commentators, and eminent experts were invited to the studio.

However, it is the emergence of real competition in the struggle for the right to show RPL matches that may become the first significant impetus for the reform of Russian football.

Back in May 2021, it was decided that in the current season 60% of commercial income will be distributed among the clubs in equal shares, and 40% – depending on the place in the standings at the end of the championship. Previously, this relationship was reversed.

The new system will help all teams earn more money, since earlier many teams were afraid to enter the elite division, since the cost of participating in it turned out to be much higher than in the FNL. Under the new conditions, each club will receive a kind of financial cushion and additional motivation to compete in the RPL.

In addition, holding an auction for the right to show matches is quite reasonable, taking into account a possible change in the format of the championship, which was discussed in the Dutch company Hypercube, which is engaged in a project to reform Russian football. The head of the organization, Peter Newvenhays, believes that if the format changes, the cost of media rights in the RPL could increase to 10 billion 180 million. Therefore, it is interesting for clubs to study the positions of all market participants and how generous they are to make offers. This position, for example, is adhered to in the Moscow “Dynamo”.

“The sports principle must be observed here as well – it is necessary to give an opportunity to other potential applicants to submit their proposals. In addition, it should be borne in mind that at the moment a possible change in the format of the competition is being discussed, “- quotes the words of the general director of the blue-and-white Pavel Pivovarov” Championship “. 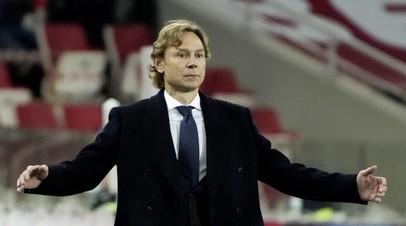 Difficulties of perestroika: why Karpin does not deserve criticism after matches with Cyprus and Malta

Shamil Gazizov, the general director of Ufa, also supported the tender. At the same time, the Bashkir team believes that football should remain on public channels, since this is the only way to watch matches for everyone.

The main problem is precisely the dissatisfaction of some fans, who fear that if the RPL leaves for Internet platforms, they will have to pay for the broadcasts.

Nevertheless, even Match TV has long been using the practice of selling separate broadcasts and monthly subscriptions, and the main channel usually shows one or two games in each round. And this does not necessarily apply to central matches. The very same system of subscriptions to broadcasts is used in almost all the leading world championships. In the same Premier League, this item brings clubs significant income. That is, the transition to paid broadcasts is almost inevitable. What’s more, it can have a positive impact on the quality of your meetings.

Actually, the competition for media rights to show the RPL will encourage potential broadcasters to show their trump cards. The proposals themselves should only get better. The contract with the broadcaster will become much more generous than the current one, which will allow both the league and the clubs to earn money, and taking into account possible reforms in Russian football, the broadcaster may turn out to be a plus.