This week we presented the prize to the main goalkeeper of Spartak Alexander Maksimenko… The “Championship” together with the former goalkeeper of the Russian national team Vladimir Gabulov chose the Spartak player as the best one according to the results of the last RPL season. The award was handed over to the Spartak stadium – the goalkeeper returned there from the national team, and, according to him, immediately switched to the club.

“A football player has such a life – time is short,” says Maksimenko. – You need to switch your head. I am tuned in to Spartak. 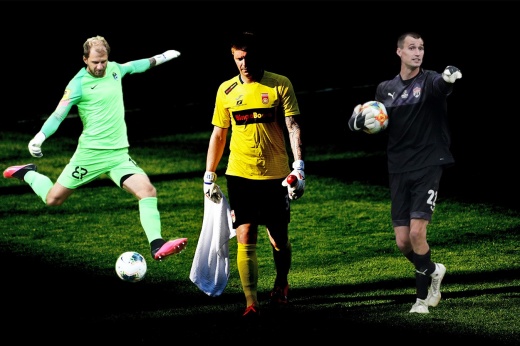 Maksimenko is the best of the season, but he is still unstable. Final rating of RPL goalkeepers

“It’s all nice, of course – recognition, a cup. But this fades into the background: the main thing is the result of the team. “

Last season, Spartak and Maksimenko had good results: the team finished second in the RPL, and the goalkeeper received a call to the national team for the September matches. However, I only got into the application for the game with Malta:

– How did the coach of the Russian national team goalkeepers, Vitaly Kafanov, explain that you were not included in the application for the first matches? – Maksimenko’s question.
– Do you think I’ll answer, yes, ha-ha? We talked about our topics, discussed shortcomings. 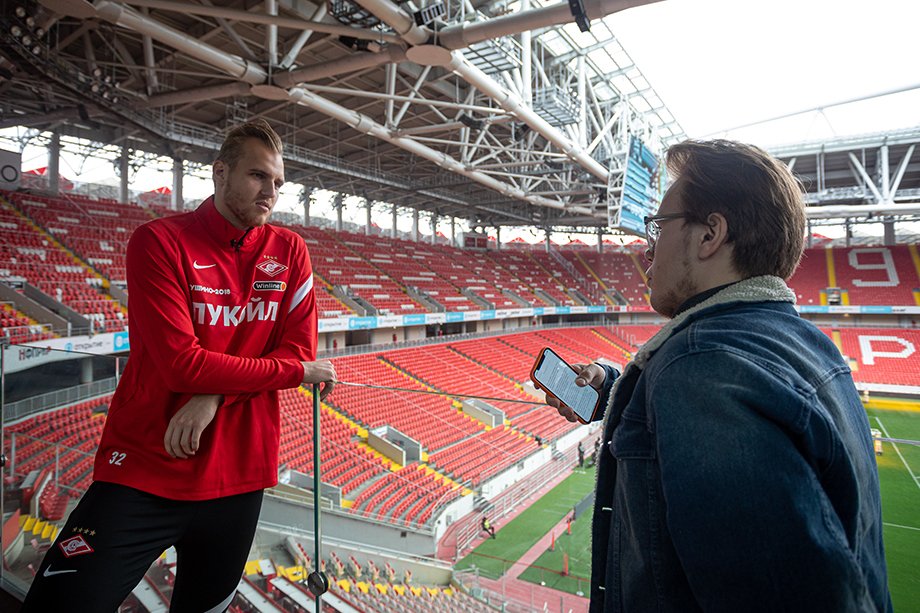 – Is it easy to get used to working with the new team of goalkeepers in the national team?
– In general, it’s not difficult – we knew each other in absentia, plus or minus. We immediately found a common language – we didn’t have much time for grinding. And Vitalievich (Kafanov. – Approx. “Championship”) brought us together, so there were no problems.

– Kafanov is called the best goalkeeper coach, they say that you can chat with him for hours about football. Did you feel it?
– Of course. You feel it in the training process and talk to him a lot in life. We talked both after the announcement of the lists, and in the national team, plus there were goalkeeper theories. It is confirmed that he has no trivia. 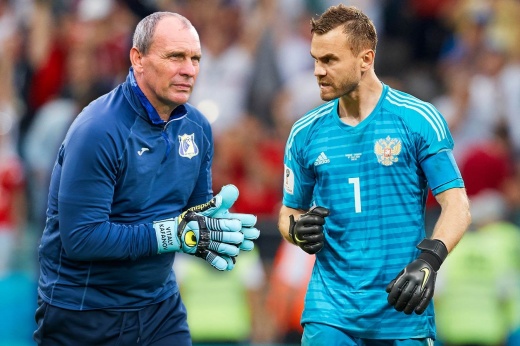 “I really wanted to return Akinfeev to the national team.” Big interview with Kafanov

In general, the topic of goalkeepers in the national team was considered almost the main one before the September matches: five people were summoned to the training camp at once. Valery Karpin, the head coach of the national team, refused to ask questions about goalkeepers: he sent them to Kafanov.

– Didn’t you communicate with Karpin at all, is that impossible?
– We talked, of course – Maksimenko admits. – It is clear that he did not connect to some of our exercises, but in general he prompted, communicated on an equal footing with everyone. Karpin can relax somewhere, shake somewhere. He is an ordinary person. He cannot be closed in any way – he is the coach of the national team! Somewhere he jokes, somewhere the other way around. The funny thing is when he said that it would be better to talk to journalists after he could not score a goal on camera.

– And what about Karpin’s diet – what did you have to give up?
– We all gave up sugar during our time in the national team.

– And after you continue to follow Karpin’s diet?
– I try, of course.

– Do you generally live without sweets?
– Only for the mood I can afford. Just a little bit (smiles)… 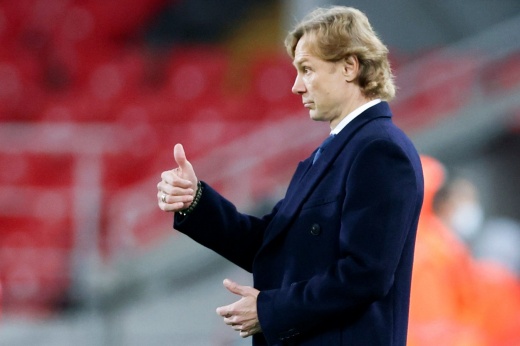 How the Russian team has changed under Karpin. Tactical results of the opening segment

From talking about the national team – to Spartak. The start of the season for the red and white did not work out very well, but now Maksimenko is not up to it:

“There is no time to lose heart,” the goalkeeper continued. “We are preparing for important games, we have to play to win – everything is simple.”

In general, Maksimenko, despite his 23, has already managed to work not only with Russian, but also with several foreign specialists: he had Italian, Romanian, German, and now Portuguese goalkeeping coaches. And from everyone, according to Sasha, he took something. But I’m not ready to highlight something special in a Portuguese school – there are too many new things. 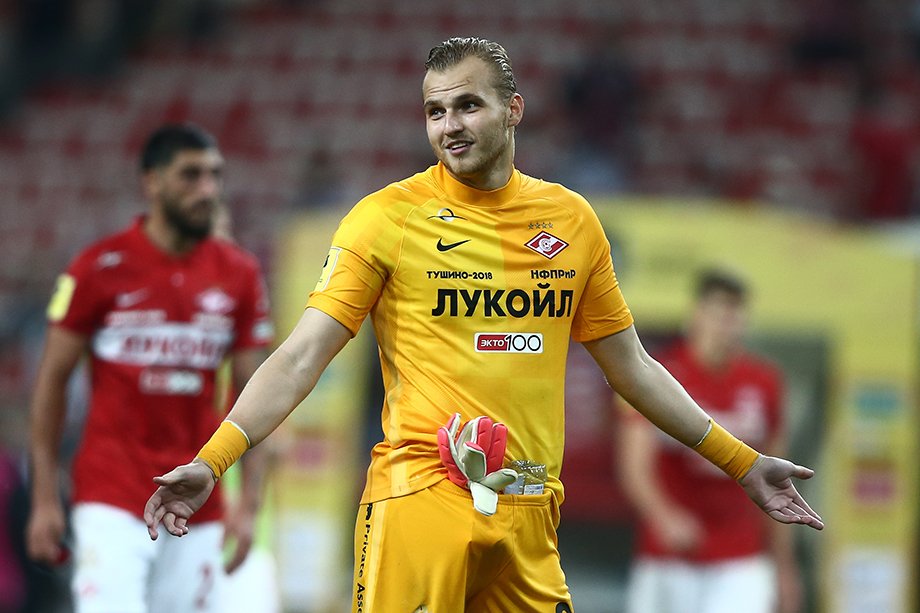 – Rui Vitoria from the outside seems to be a professor, Domenico Tedesco – an energizer. Is this a misleading impression?
– People are different: someone is emotional, someone is calm. This is fine. But if, for example, some coach shows emotions on the edge, this does not mean that he is like that in the locker room. Somewhere you can shout, somewhere – calm down. Everything is different.

– Now there is a feeling that if at the beginning “Spartak” was not lucky somewhere, then after a pause it will go better?
– We hope for a good future, but I do not know what will happen tomorrow. The break, in theory, should reboot. 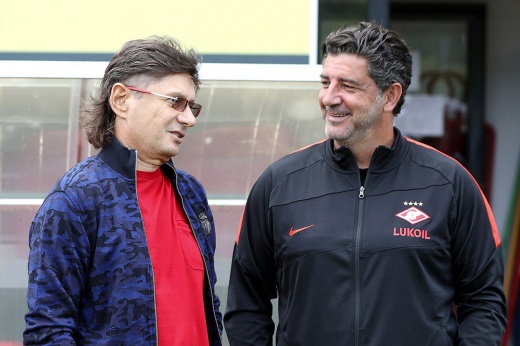 Fedun expressed his full support for Vitoria. Usually after that “Spartak” removes the coach

During the entire communication with Maksimenko, the prize for the best goalkeeper stood nearby – as if recalling the positive that the team now lacks a little.

– Returning to your victory: Gabulov, our expert, made the top five goalkeepers every round. And at a distance you overtook everyone – even Igor Akinfeev, whom everyone still calls the best in Russia. To overtake Akinfeev – does that mean something?
– Of course. But, you know, I didn’t have the task of overtaking someone in particular.

– You just called Igor your favorite goalkeeper of childhood, Akinfeev himself often praises you and even included in the top three players of the last season. It seems that he treats you warmly.
– I have been warm to him for a long time – since childhood, – Maksimenko smiled at these words. – Akinfeev was the goalkeeper of the national team, for the boys-goalkeepers he was an idol – and for me too. Now I also treat him warmly, we always welcome each other at the stadium. We have a good working relationship. 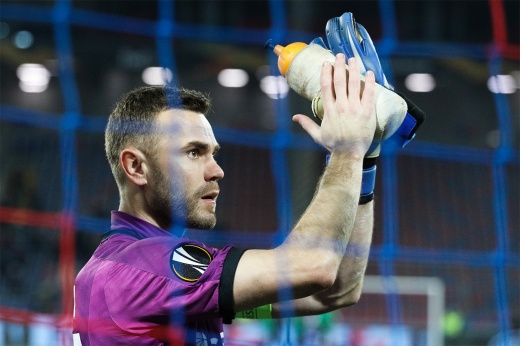 There are four Russians in the ranking of the most loyal football players in the world. Akinfeev – №1!

– Gabulov, recognizing you as the best, said: “Maksimenko must be improved in stability.” But there were no glaring mistakes last season. Do you understand what he meant?
– Of course. I had some flaws, just not everyone saw them, I guess. And Vladimir said the right thing: the goalkeeper’s class is in stability. The more games in a row without flaws – the more stable you are, you should strive for this. This is about obvious mistakes, and just about shortcomings.

– There was a feeling that everything was going smoothly for you.
– Oh, no, not true.

– Which is the best?
– I like everything. They suggest that with Dynamo, but, in my opinion, it would be wrong to single out one of them, all are good, ha-ha. 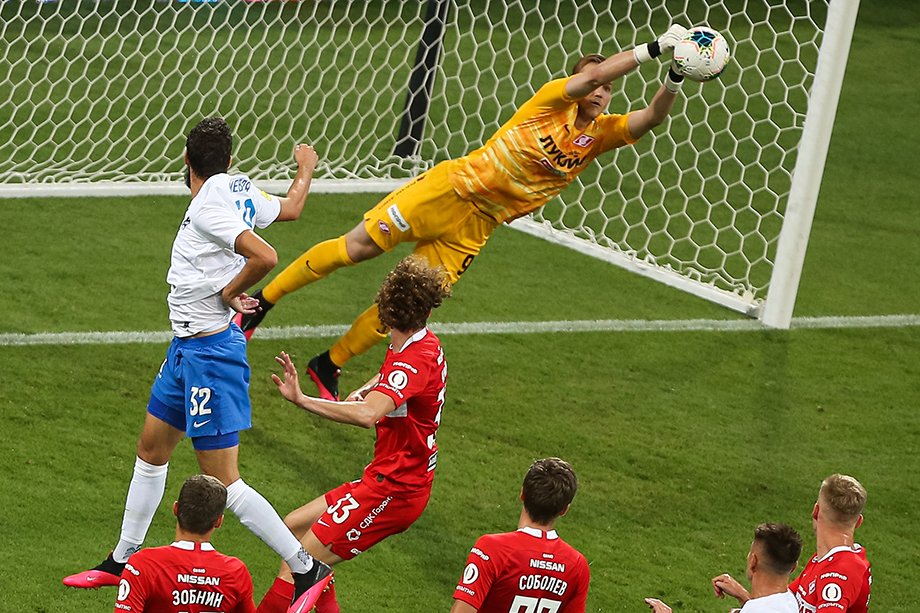 – In general, do you read what the media write about you?
– No. At the very beginning of my career, I just watched something. Now the news is still coming, but I do not pay attention.

– The most delusional thing that happened – information about the transition to Zenit?
– Well, it’s a duck, of course. Incompatible with reality.

– Recently you said that you started learning English. How many hours a week do you spend with a tutor?
– I try to do it three times a week – for an hour and a half. It’s five o’clock.

– Is it hard?
– I have been studying for the second month, now it has become a little easier. But the first one is just a brain explosion. In general, everything was difficult.

– Why did you suddenly decide to learn English – who did you talk to, who convinced you that it was necessary?
– That’s exactly what I could not speak to someone in English. After that I decided that I should try.

– With whom?
– We were on vacation. There was a situation: they called from the reception to the hotel phone. The girl said something, I answered “know understand” – and hung up. After that, I blushed, it was a transitional moment. The cumulative effect turned out, one, two – and this case put an end to it.

A little more about Maksimenko: it seems that this guy is always positive. He even reacted calmly to questions about not being included in the application. This is not surprising – without such calmness, by the age of 23, you are unlikely to play 100 matches for Spartak.

– You have a brother – Maxim, you are called “Maxi” everywhere. But you react calmly – not annoying at all?
– Absolutely not. Since childhood: “Maxi, Maxi.” That was the name of my father too – I’m used to it, nothing bothers me.

– But there is no such thing in the family.
– There by name. I’m Maxi everywhere except at home.

– In general, something can get mad?
– I am generally calm, “irreducible” (smiles)… Even in traffic jams, I just get a little nervous, “poo” to myself – that’s all.

– 100 matches for Spartak, national team, prize to the best …
– This does not mean that you have to stop.

– So, what is next?
– I don’t like to guess. The main thing is to win, but there will be victories – everything else will be. I don’t want to make global plans, I have to go short (smiles)… 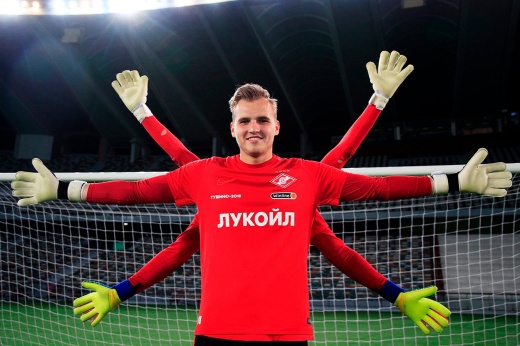 In Europe, they want Maksimenko. He is in the top 50 most expensive goalkeepers in the world.

– Are Spartak ready to take on the field with a captain’s armband, if necessary?
– The question is not for me – it is better to ask the guys whether they will give it or not. I’m not particularly eager for captaincy yet – there are people on the field. And I shouldn’t even talk about it.