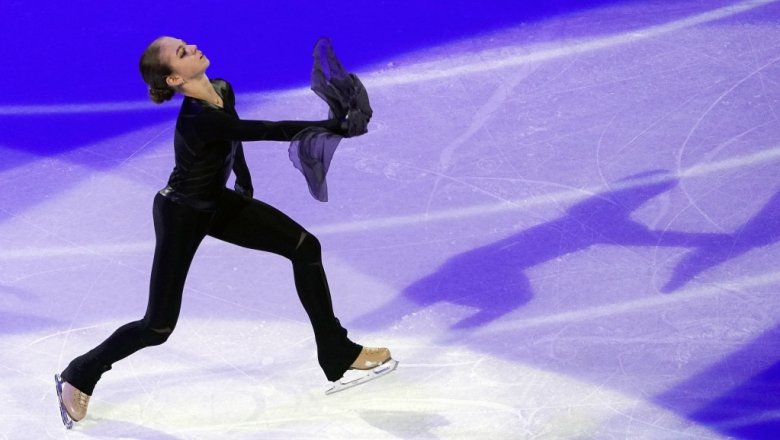 Latin American passion and at the same time the tragedy of the famous Mexican artist Frida Kahlo – this is what the 17-year-old figure skater will show in her new short program to the soundtrack to the film “Frida”. Trusova’s powerful, sparkling energy slide under strong female vocals perfectly conveys the emotional intensity of this production.

Who would have thought: the queen of quads, whom many wanted to see exclusively in combat-style programs, now fascinates with sensuality, without losing her inner strength.

Sasha has matured over the years: this is not the little girl who skated under the Big Spender or “The Fifth Element”. This is already an adult girl. Passion, experiences, artistic component with drawing, betrayal. And Trusova perfectly conveys all these feelings. This is a breakthrough for her.

At the same time, Gleichengauz emphasized that the skater is not faced with the task of merging with the image of Frida and 100% conveying the artist’s life story:

“We are not completely attached to Frida herself, because she is a very complex person and she had an interesting life. But we used the art and the transfer of all this, and Sasha feels it – it is clear from her that she understood, felt, and is skating with pleasure ”.

An equally vivid image of the criminal Cruella is waiting for us in the free program. The girl will embody this idea to the soundtrack for the movie “Cruella” in 2021: two more dramatic compositions Call Me Cruella and The True Story of Cruella’s Birth (Florence and the Machine) and to driving rock – I Wanna Be Your Dog (John McCrea).

“I was born brilliant, criminal and a little crazy” – these words of Trusova can to some extent be attributed to herself, if by “crime” and “madness” we mean that she opens the door to the Guinness Book of Records with her feet and has already conquered all existing quadruple jumps.

In training in Chelyabinsk, where open skates will take place, the girl showed quadruple flip, salchow and lutz in a cascade with a triple sheepskin coat, as well as an axel with three and a half turns. If she manages to perform all these elements with a powerful musical set, then her Cruella will clearly be more abrupt than the one who carried out scam after scam in the film. 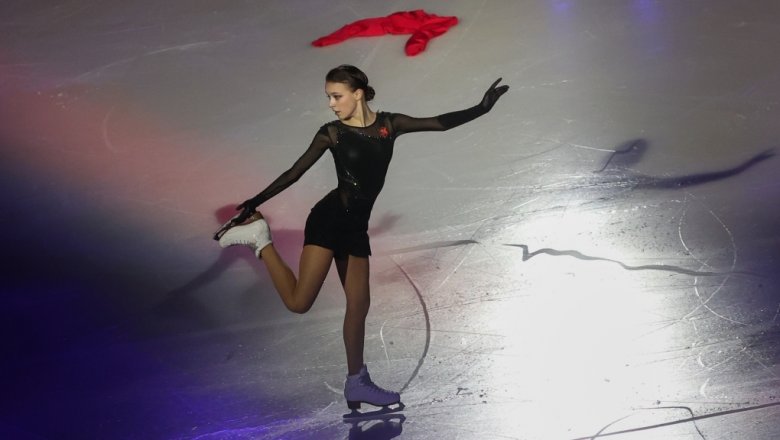 In the short program, the current champion of Russia will appear in the guise of the conqueror of the elements accompanied by the instrumental The Songs of Distant Earth by the young Russian composer Kirill Richter. The whole performance is filled with choreographic gestures in the oriental style.

I wanted to combine the magic of the east with the idea that Anna is the mistress of the storm. That is, she controls the elements, collects a sandstorm, sand, releases it all into the hall, into the audience, she bewitches. And the music, and the choreography, and the way Anya feels and does it, lifts the viewer with every beat. From start to finish, you climb to the very top, and then jump from there when Anya finishes.

In the free program, the plot promises to be even more twisted: Shcherbakova will perform to the soundtrack to the TV series “The Master and Margarita” by Igor Kornelyuk and two more dramatic compositions – Ruska (Apocalyptica) and Lacrimosa from “Requiem” by Wolfgang Amadeus Mozart performed by David Garrett. According to Match TV, the figure skater will embody Satan’s ball on the ice, and her image is, apparently, Queen Margot.

The fragile girl, which fans call “fairy”, will portray a demonic woman – sounds like a challenge. However, last year’s show Shcherbakova to the soundtrack from “The Hunger Games” has already revealed her “dark side” to us.

As for jumps, then, according to Telesport, Shcherbakova skated programs in Chelyabinsk without quads. Didn’t you manage to restore the quadruple lutz and flip over the summer? Or just decided not to risk it at open rentals? We will find out very soon. 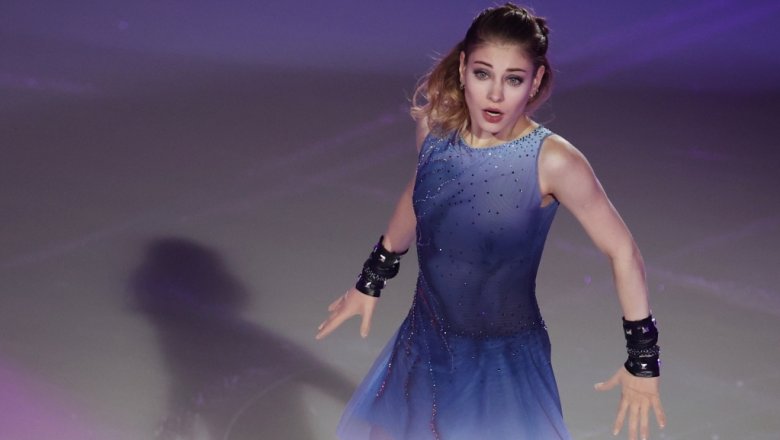 The daring excellent student, who last July impulsively went to Evgeni Plushenko, and six months later, no less impulsively returned to Eteri Tutberidze, will rock in a short program to the blues of I Am The One (Beth Hart). A great choice for a temperamental skater – sophistication, attractiveness and danger.

“Alena got her long-awaited blues in the short program,” Gleichengauz said about this. – Honestly: I wanted Kostornaya from the very first notes to play with both the audience and the judges, looks and choreography – she knows how. I think we have a very cool music track.

Alena feels it, she wanted it, she skates it with enthusiasm. Therefore, if she performs this program as she sometimes already shows in training, then it will be straight wow, it is very cool in her performance. “

In the free program, Kostornaya was unexpectedly given a classic – “Winter” (Antonio Vivaldi). However, last season she already skated to this music in the final of the Russian Cup and looked good, even despite her weak form – this figure skater does not have plasticity and grace.

In the story of the First Channel about the short programs of “Khrustalny” Kostornaya performed her trademark triple axel, but at training in Chelyabinsk she had not yet shown it. Whether it will be in the skates and whether the athlete will be able to perform it stably now is still a question. 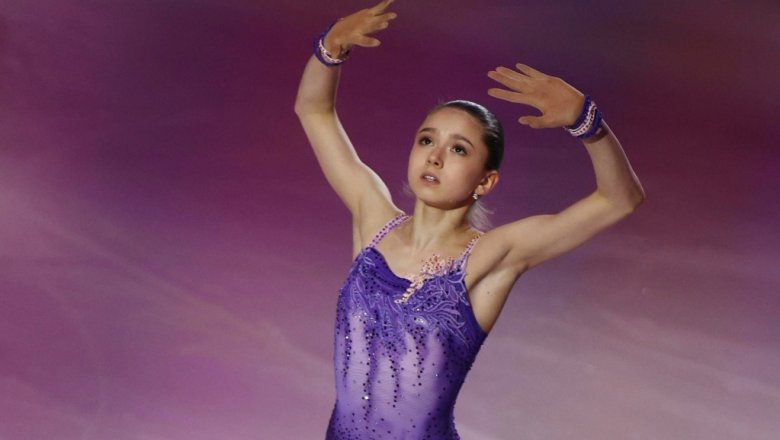 This 15-year-old girl is already called the main favorite of the Olympic Games in Beijing – 2022. She easily performs a triple axel and a quadruple toe loop, coming off so high that she could add a fifth turn. At the same time, Valieva demonstrates amazing sliding and stretching spins of a professional gymnast. If her nerves do not let her down, then few people will be able to compete with her in Beijing.

Perhaps that is why, in the important Olympic season, Tutberidze and Gleikhengauz decided not to risk it and staged a short program for Valieva in the usual lyrical style under Kirill Richter’s In Memoriam.

“In this issue, Camila is a beautiful girl who is walking in a beautiful garden and sees a butterfly, which sits on her finger. After that, she travels through the entire program after this butterfly. It turned out very airy, touching, – said Gleichengauz. – We managed to transfer the skate and lineage of Camila, as well as her stretching and spinning abilities, musically decomposing it all. This is absolutely her image. “

In the free program, the coaches of “Khrustalny” left the majestic “Bolero” by Maurice Ravel. In the second year of execution, this program should sparkle with new colors and become truly victorious.

As for jumps, despite her active growth, Valieva retained her entire set of ultra-si – a triple axel and a quadruple sheepskin coat, although she did not look very stable in training in Chelyabinsk. 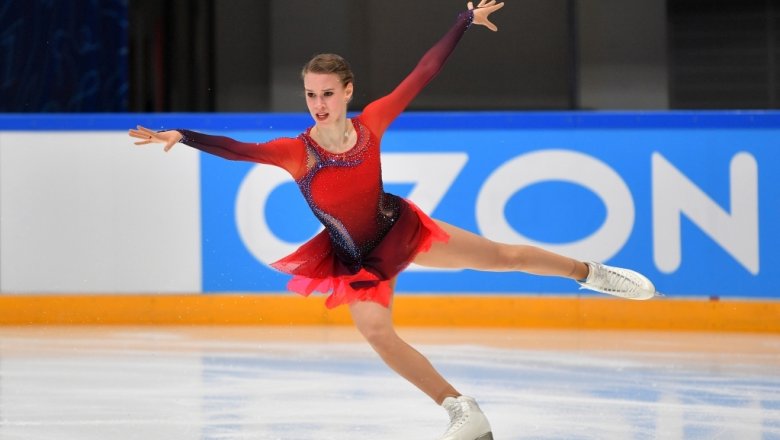 Throughout the past year, the skater fought with quadruple jumps, which were obtained in training, but did not succeed in competitions and even turned into an object of ridicule among fans – like Schrödinger’s quads.

However, at the very end of the season – in the final of the Cup of Russia – Khromykh unexpectedly performed two quads in one program (sheepskin coat and salchow) and is now clearly not going to stop. In training in Chelyabinsk, she even showed a cascade of a quadruple toe loop + triple toe loop. If the girl retains this shape for the decisive starts of the season, then she will easily intervene in the fight for medals in Beijing.

In the short program, Khromykh left last year’s blues I’ll Take Care of You (Beth Hart), in which she looks just great.

But in the free program, the skater was unexpectedly given a very hackneyed tango in figure skating Roxanne from the musical “Moulin Rouge”. However, Khromykh has not yet revealed herself in the role of a girl bursting with passion – maybe this music will look interesting in her performance. 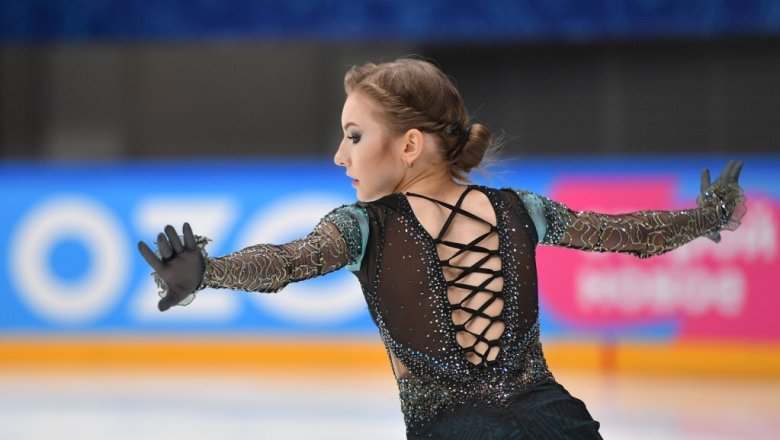 A very expressive skater who was determined to conquer the triple axel, but did not seem to succeed in it. Now her chances of sparking in the Olympic season have dropped significantly and will depend on whether competitors overwhelm their ultra-si. Nevertheless, Usacheva’s new productions will definitely not leave the viewer indifferent.

In the short program, she will perform to the spirit of “Never Enough” from the movie “The Greatest Showman”, and in the free program – to the aria of Nessun Dorma from the opera “Turandot” by composer Giacomo Puccini.

“The short program to the soundtrack to the film“ The Greatest Showman ”is 100% about Dasha, she completely dissolves in this music. She herself was delighted with this song. This is a powerful program with beautiful lines, movements and a strong ending, ”Gleichengauz emphasized. 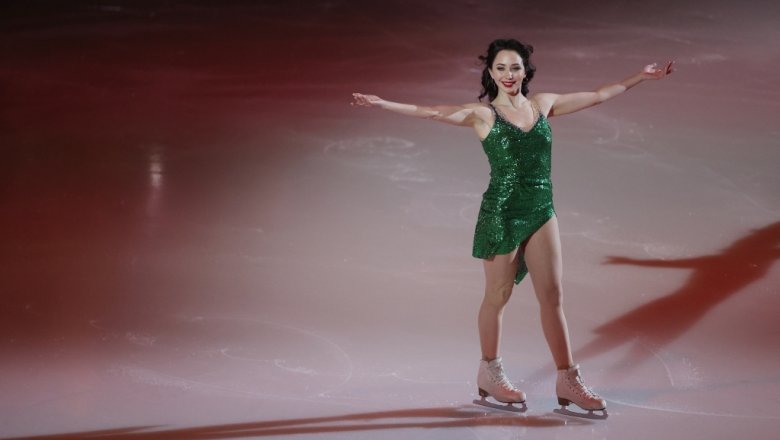 The only girl not from Khrustalny who can seriously intervene in the struggle for a ticket to the 2022 Games. It’s just the beginning of the season, and she is already in her top form – at the test skates in St. Petersburg, the 24-year-old figure skater effortlessly performed a triple axel.

In the short program, Tuktamysheva will perform under the tango “Oblivion” by Astor Piazzolla (performed by Misia), and in the free program – under the oriental motives of Arabia (Khanin El Alam) and My Love Music (Artem Uzunov).

The order of performance of singles at open skates