A promising indie game has got a new trailer UnMetal Is a new project from the creator of UnEpic and Ghost 1.0, inspired by the original 2D parts of the Metal Gear franchise.

UnMetal is based on storytelling, which in turn is based on nostalgia for movies and TV shows of the 80s, combined with 2D pixel art from UnMetal top-down to create a distinct sense of antiquity, inviting you as the player to complete a secret mission to escape from a top-secret military base where you ended up on charges of committing a crime that you did not commit.

The player takes on the role of Jesse Fox, a civilian inadvertently involved in an unplanned mission to prevent an attack on NATO. Downed, captured and passed through a series of interrogations, Fox needs to get out, using all possible tricks and tricks that he is only capable of.

Players use a variety of tricks to avoid confinement by combining and creating a wide variety of items found in the game world, including toilet paper (odorless, patternless, and single layer), circuit boards, rusty wire, and even a guard’s eye patch and glass eye.

Everything will come into play – distraction, sabotage and fighting, and Fox will face many opponents, including enemy soldiers, service dogs, hungry rats and more formidable heavy military equipment like tanks.

However, the ability to level up with new skills that improve attributes such as strength and speed, along with completing various additional tasks in the game, increases the chances of success.

UnMetal launches on September 28 on PC, PS4, Xbox One and Switch. 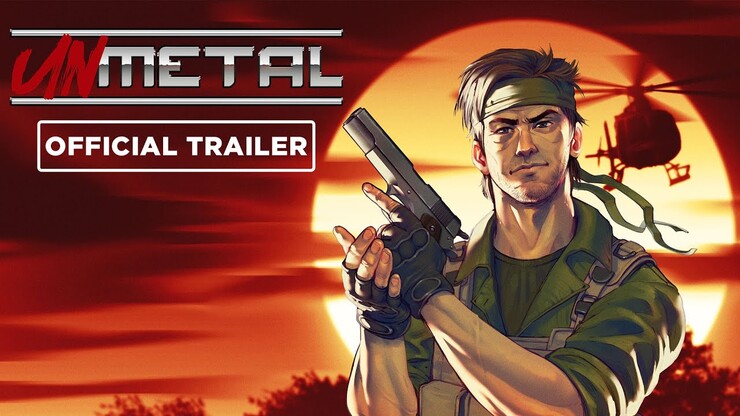