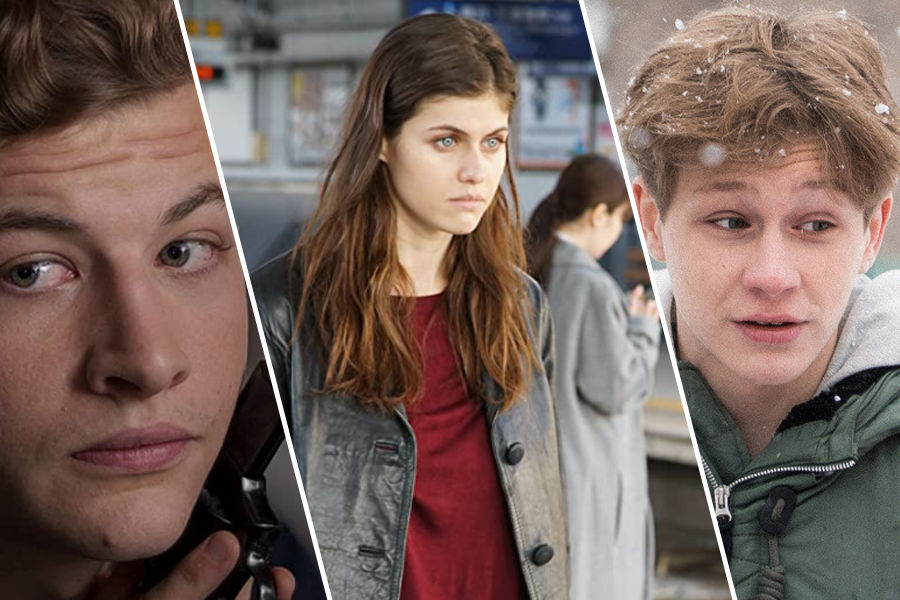 Every week Muslim Kamalov, a film reviewer from the Pskov Information Agency, rakes up new releases from film distribution, as well as monitors the premieres of the leading streaming services and selects only a few films and series that, in his opinion, deserve the most attention. The following are out this week: “Hypnosis” – a new film by Valery Todorovsky about a teenager suffering from sleepwalking; “The Night Porter” – a crime drama with Tye Sheridan as a suspicious autistic person; and All Shades of Tokyo, a melancholic drama starring Alexandra Daddario losing herself in neon Tokyo.

Director Valery Todorovsky (Thaw, Hipsters, Bolshoi), after the delightful, nostalgic retro-drama Odessa, went into a frank thriller: Hypnosis is a film with a more intelligible genre canvas wrapped in a dark and harsh wrapper.

The teenager Misha (Sergei Giro) suffers from bouts of sleepwalking and turns to the psychotherapist Volkov (Maxim Sukhanov) for help. He takes up treatment and uses hypnosis as therapy. But soon everything turns into a much more serious problem: Misha begins to confuse reality with illusions, at this moment one of Volkov’s patients mysteriously disappears somewhere else. Or maybe the girl is just a figment of Misha’s imagination? Is it possible that this is part of the treatment? The teenager (and we, of course, too) will have to figure it out.

Lyubov Mulmenko, the scriptwriter of “Fidelity” by Nigina Sayfullaeva, helped Todorovsky write “Hypnosis”. Ekaterina Fedulova, Sergei Medvedev and Alexander Kuzmin also played in the new film by the director of The Thaw.

Crime drama by actor Michael Christopher (“Mr. Robot”, “Force Majeure”), telling about autistic Bart Bromley (Tye Sheridan from “Ready Player One”), who is forced to work, in fact, as a night porter in a city hotel. The fact is that night shifts, it seems to him, make life a little easier: Bart is not particularly willing to contact and communicate with people, especially with strangers, so it is better to work in maximum solitude. Because of all this, the guy makes all sorts of notes about everything in the world, and for some reason he is fond of surveillance – in particular, puts microscopic microphones and cameras everywhere. In one of these, there is the moment of the murder of a woman in the room, but the detective of the Espada police (John Leguizamo) begins to suspect Bart, however, the husband of the murdered woman suddenly points at him with a finger.

“The Receptionist”, where, by the way, also played the charming Ana de Armas (“Get the Knives”) and even Helen Hunt (“Outcast”, “What Women Want”) will appear, was released on Netflix back in June, but due to a ton of postponed blockbusters and other high-profile premieres, distributors buy the tape in order to fill the repertoire grid with something and somehow return the audience to the cinemas.

The last thing you need to decide is to go to the movies this week. The film by William Olsson, based on the once world bestseller of the Canadian Catherine Harnahan (she also adapted the script), can be described as something like this: finally desperate in life Margaret (Alexandra Daddario) flees from the States to Japan to teach English to future flight attendants, in fact she regularly gets drunk with her Tokyo friends in basements and has promiscuous sex almost daily. One day, the heroine leads a wealthy yakuza to a love hotel (he is played, by the way, by the star of the series “Giri / Hadji” Takehiro Hira), as it seems to Margaret that her “resort” romance begins.

As a result, “Tokyo”, the original, the best name of which repeats, by the way, the book – Lost Girls and Love Hotels, is absolutely nothing curious. Daddario loses his charm somewhere in the middle, a film about self-flagellation, loss of control and the desire to finish everything more effectively (ask Kaufman how) slides towards the finale into an incomprehensible viscous melancholic substance. Of course, Tokyo, drowning in neon, somehow saves the situation in some moments, but this alluring light is, alas, not enough, and all this adventure, a “taiga romance” without borders, does not lead either the hero or the viewer to anything sensible.