The actress celebrated her pregnancy in her garden.

On Saturday afternoon, 29-year-old Emma Roberts celebrated her son’s upcoming birth by gathering with friends and family in her backyard.

An insider told People magazine that the event was attended by Kristen Stewart, Camila Morrone and Garrett Hedlund, the father of Emma’s child. Photos from the baby shower party Emma shared on Instagram.

I am very grateful to my family and friends for turning my pregnancy into a holiday during this wild time,

– Emma signed a photo in which she poses in a floral sundress and a protective mask to match. According to the source, the event was held in Emma’s garden, so the guests managed to maintain a social distance.

The fact that Emma and her boyfriend Garrett Hedlund will become parents became known in June thanks to the paparazzi. For both, this will be the first child. At the end of August, the actress herself spoke about her situation, noted that she would have a son, and shared “pregnant” photos. 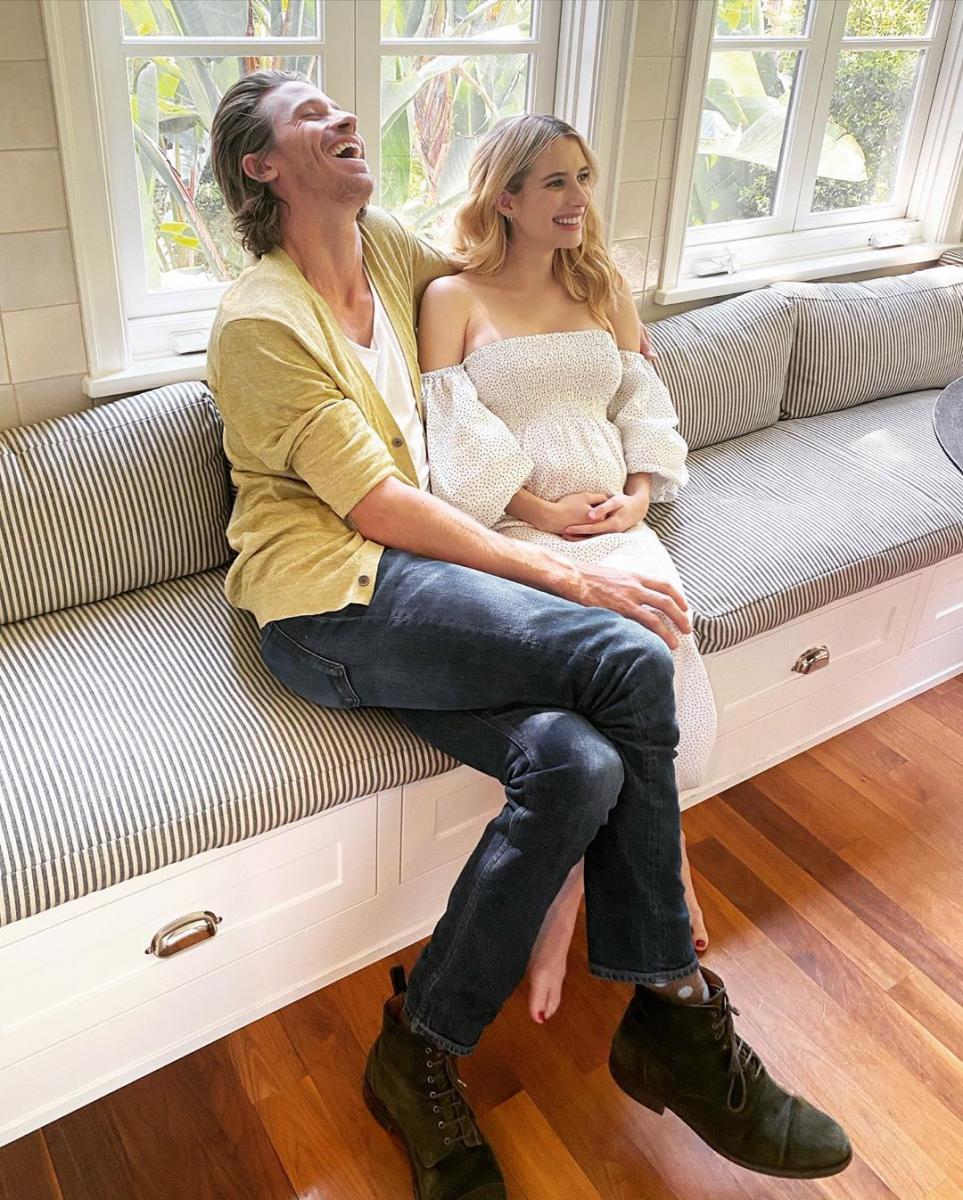 Garrett and Emma have been together since spring 2019. Before that, they were friends for a long time, but became closer after Emma broke up with Evan Peters, with whom she had been in a relationship for 10 years.