The creator of the WAGMIGOTCHI project, House Hoffman, launched a new virtual pet on the Ethereum blockchain after the first one passed away due to excessive user concern.

Co-founder of the defunct video hosting Vine, Hoffman, has recently gotten into what he calls “experiments” with decentralized technologies. One such experiment was Loot, a text-based RPG game based on non-fungible tokens, which have already exceeded $ 200 million in secondary market sales.

On Friday, Hoffman announced the launch of WAGMIGOTCHI, a smart contract that, like Loot, lacks a graphical component. It allows users to take care of their virtual pet. If his needs are not met, he will “die” and users will no longer be able to interact with the contract.

“WAGMIGOTCHI has four attributes that change every 50 blocks. Actions “Play”, “Clean”, “Feed” and “Sleep” always reset the corresponding parameters, but sometimes affect other parameters. For example, “Feed” removes Hunger, but increases Boredom and a little need to cleanse, ”explains Hoffman.

A few minutes after the launch of the first version of WAGMIGOTCHI, overly caring users accidentally killed him.

“He was played too many times in a row, and he died of exhaustion,” said the developer.

In the second version of WAGMIGOTCHI, Hoffman took this issue into account. While playing too much can still exhaust a pet, only lack of attention can kill it.

For 2 days, users spent almost 17 ETH or $ 55,000 on interactions with WAGMIGOTCHI. At the same time, the project does not offer additional incentives. Each access of the wallet to the contract is counted as the “LOVE” parameter, but this does not bring any tokens or other rewards.

While Hoffman intentionally released WAGMIGOTCHI without a user interface, NFT developer Sam Mason de Cayres created such a rendered interface. It reflects the current state of the pet and has four buttons for basic types of interactions. 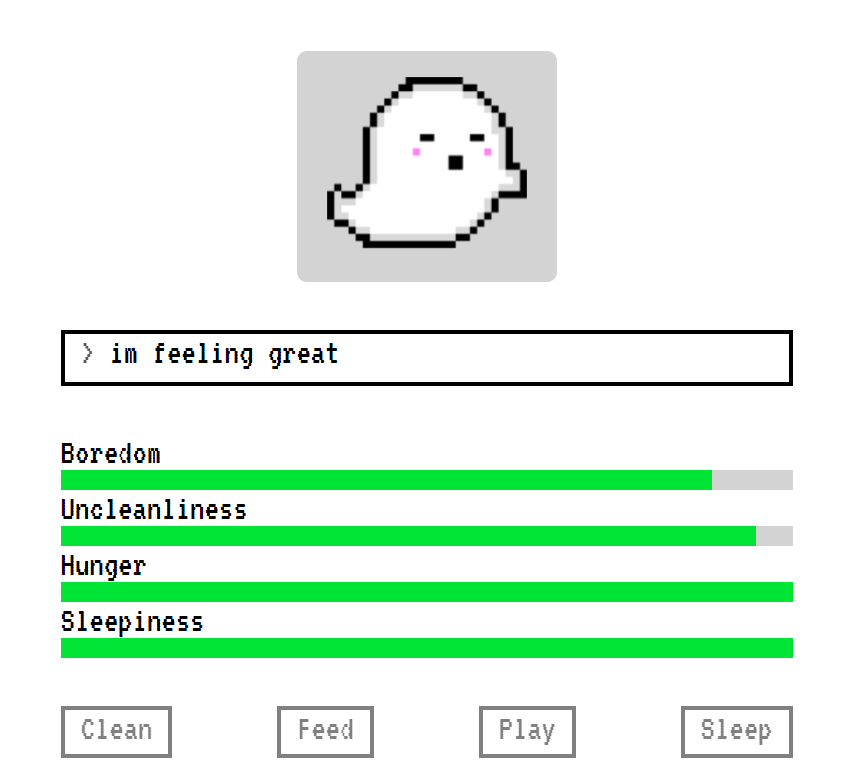 “While projects like these are mostly artistic experiments and this is the nature of the network, I personally feel a little guilty about my project’s role in increasing commissions,” added Hoffman. “I am considering alternative opportunities that I can use in future projects.”