How beautiful it is! Russia sorted out with Ukraine and easily reached the playoffs of the European Championship 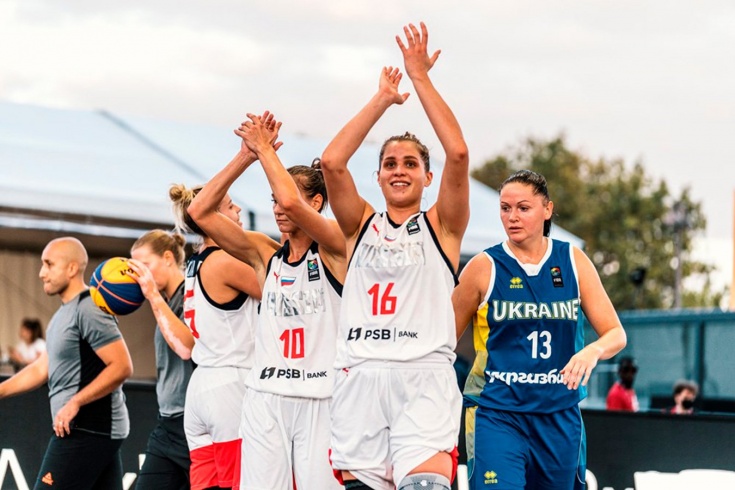 Our basketball players have a real chance to win the title. By the way, the men’s team too.

The Russian women’s team beat Great Britain (15:12) and Ukraine (21:18) in the group stage matches of the 3×3 European Basketball Championship in Paris. The Russian team took first place in Quartet B and reached the quarter-finals.

The winner of the second place will be determined in a face-to-face meeting between Ukraine and Great Britain. Russia decided all the issues in advance and may not look at the result of the last match, although in the event of a defeat from Ukraine, the first place was far from guaranteed. In certain hands, there would even be a risk to take third place and fly out at the stage of the group stage. 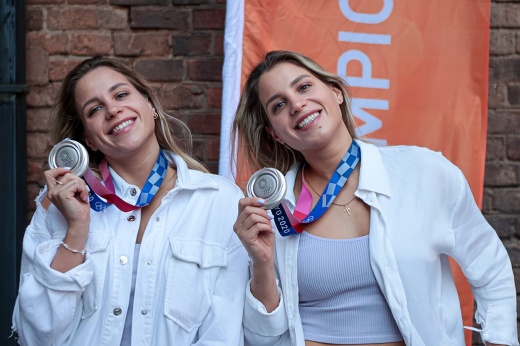 “We just made our dream come true.” The Frolkin sisters made Russia proud of them

The first meeting with the British women turned out to be surprisingly dry. Nobody scored 21 points. I had to play all the regulated 10 minutes. But the main thing is the result, and the Russians achieved it. It remains to complete what we started in the match with Ukraine.

As part of the Russian team, Yulia Kozik, Alexandra Stolyar, Evgenia and Olga Frolkin arrived in France. Combat composition. Kozik and the Frolkin sisters a month and a half ago brought Russia historic silver at the Tokyo Olympics. The carpenter replaced Anastasia Logunova, who misses the tournament in Paris. Ukraine was not among the 8 participants in the Tokyo Games, but it is a rather powerful team. Anna Olkhovik, Anna Ruleva, Natalya Tsyubik and Miriam Uro-Nile played in classical basketball in the Ukrainian championship and have experience in European leagues. 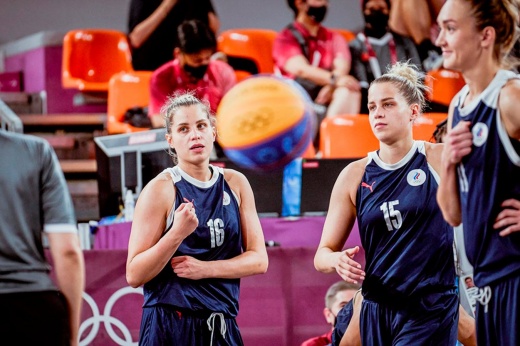 Russia has achieved historic success at the Olympics. How good our girls are!

Russia was the clear favorite of the meeting, but an easy life on the court was not expected. 35-year-old Ruleva hinted about this to the Russians already in the fifth second, having thrown from behind the arc. Our team quickly woke up and responded with lightning speed. Already at the end of the first minute, Russia pulled ahead 3: 2 and further increased its advantage.

By the middle of the meeting, Russia was leading 14: 9. It seemed that the intrigue had died and Ukraine was demoralized, but the yellow-blue found the strength to dash 5-0. In a couple of attacks, Ukraine could even come out ahead, but not destiny. The ending turned out to be more or less nervous, although more confidence was felt in the actions of the Russians. This resulted in a natural victory. Yulia Kozik put a beautiful point in the match 1:50 before the siren with a distant hit – 21:18. “We played with all our heart.” Russia powerfully hacked to death with the United States at the Tokyo Olympics!

The Russian women’s 3×3 basketball team supported the men’s initiative and advanced to the playoffs. The opponent will be determined later. There are three options – Spain, Lithuania or the Netherlands. The men’s team has already recognized the opponent from the playoffs. The guys will meet with Estonia. European champions in men’s and women’s tournaments will be determined on Sunday. Russia has a real chance to take two gold. The Olympics showed that our athletes are very good in 3×3.