For the world champion Magnus Carlsen the final game of the first round of the supertournament in Stavanger against the Russian Sergey Karjakin turned into a disaster. Our grandmaster sacrificed an exchange for a positional advantage and passed pawns and won a beautiful victory! Carlsen has not yet been able to win a single game at his home tournament in regulation time.

The tournament in Stavanger is the last elite start before the upcoming world championship match between world champion Magnus Carlsen and challenger Ian Nepomniachtchi. The competition is held according to an interesting “anti-draw” formula – any draw is replayed in Armageddon.

For a victory in regulation time, the participant receives as much as 3 points, the winner in Armageddon puts one and a half in his piggy bank, and the loser – only one. 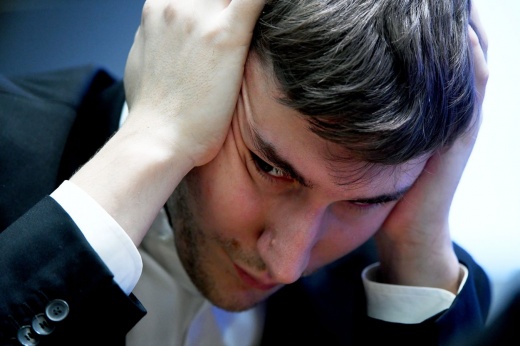 Sergey Karjakin was left without the World Chess Cup. But he was backed by the girls

The current chess king Norwegian Magnus Carlsen, number two in Norway, is fighting for the victory Aryan Tari, Russians – contender for the world crown Ian Nepomniachtchi and ex-contender, second medalist of the 2021 World Cup Sergei Karjakin, star of the East and currently representing France Alireza Firoujaand also one of the most original and creative grandmasters in the world Hungarian Richard Rapport…

“Russian derby” of the principal rivals

At the start, Rapport rushed forward, scoring a couple of “three-point” victories. He was pursued by Carlsen, who could not win in regulation time, but consistently managed to gain the upper hand in Armageddon, including in a principled duel with Nepomniachtchi. The Russians started modestly, but suddenly the picture of the battle changed!

The fact is that on the day off, when Carlsen, Firudzha, Rapport and Tari were quietly resting, the missed game Nepomniachtchi – Karjakin was to take place. Jan had problems with a visa, he was late for the tournament, but Sergei nobly agreed to play later. 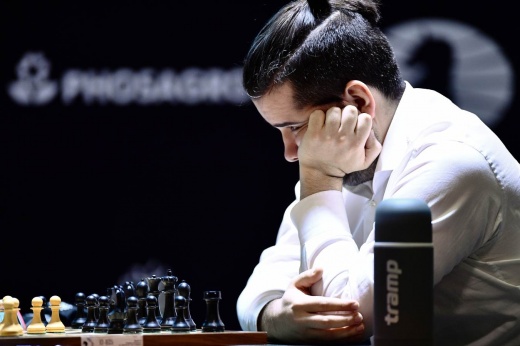 Nepomniachtchi lost to Carlsen. But the defeat of a Russian in Stavanger is not scary

In general, the battle between Nepomniachtchi and Karjakin has been one of the favorite dishes of Russian chess fans for a decade. The leaders of the generation-1990 and in tie-breaks for the title of champion of Russia converged, and in various exhibition tournaments. The coaches of the national team jokingly say that even at the training camp, Yan and Sergey simply can no longer live without each other – their competition is so strong. First, Karjakin climbed to the top, now – “king of the mountain” Nepomniachtchi, but Karjakin started climbing again.

Nepomniachtchi resolutely succeeded in the Russian derby. Karjakin made a bet on the “rebound” Berlin endgame of the Spanish game – the most popular variation of strong grandmasters, when you prefer reliability over black pieces. For a long time the grandmasters demonstrated their opening analysis, but Jan’s preparation turned out to be deeper – Sergei’s first independent move led him to problems.

At the end of the fight (in the endgame, Nepomniachtchi realized an extra exchange), the challenger had a large margin of time left on his watch, he thought seriously only a couple of times during the game.

The sacrifice of quality and the “knockout” of the champion

Sergey Karjakin is a very pleasant, smiling person and never gives vent to his emotions; he has fantastic self-control. But it is clear that the game with Nepomniachtchi turned out to be a heavy blow for him. After a long break, Sergei returned to the strongest pool, so what? Lagging behind the tournament!

However, over the course of his career, Karjakin has repeatedly demonstrated an amazing will to win at such moments. And in the next round he managed to beat Carlsen himself!

In this fight, the world champion himself strove for victory, playing the most difficult Chelyabinsk version of the Sicilian Defense, which served him faithfully in the championship match against the American Fabiano Caruana… Karjakin followed in the footsteps of Don Fabio and threw himself into a maelstrom of complications. The Norwegian sacrificed a pawn, and the Russian, in order not to concede the initiative, gave an exchange in response, but formed a chain of the most dangerous passed pawns. Carlsen did not understand the incredibly confusing position, but, as always, he fought to the last bullet. 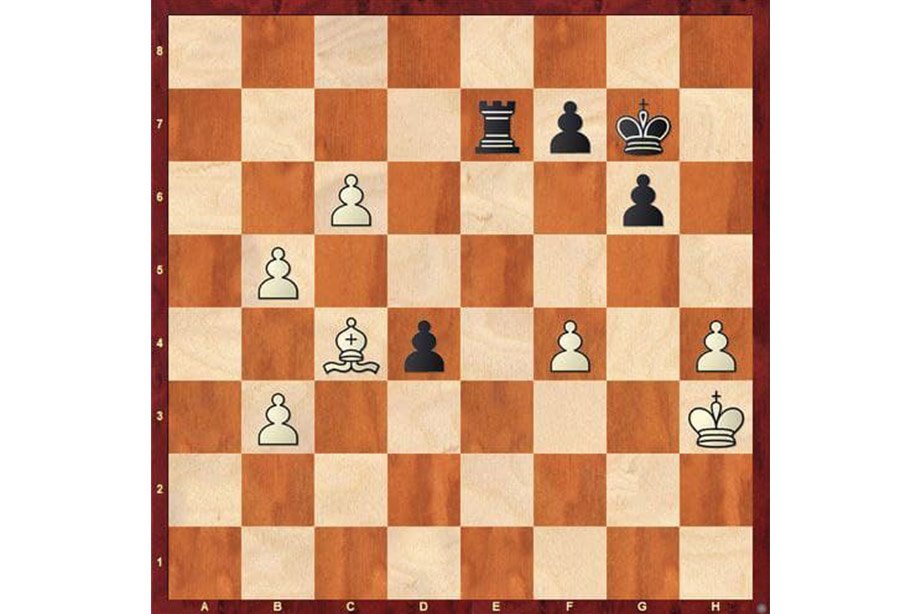 45 … d3 46.Bxd3 Re3 + 47.Kg2 Rxd3
Black managed to capture the white bishop, but this is little consolation, since White will now play the queen.
48.b6 Rхb3 49.b7 Rb6
A critical moment. Now White should hurry up, as after 50.c7 Rxb7 51.c8Q Rb5 Black wants to build an impregnable fortress with a rook on f5 and h5, which prevents the white king from invading the opponent’s camp. But Karjakin’s intermediate move puts an end to the fight.
50.h5! gхh5 51.Kh3 Rxc6 52.b8Q Rc5 53.Qb2 + f6 54.Kh4 now it turns out that on such a large chessboard the black rook has nowhere to hide from the white queen, and in the next moves Carlsen suffers irreparable losses. Black surrendered.

What happened has already turned out to be a terrible blow for the champion – after all, in this tournament he has not yet won a single game in the classics. Even the outsider Tari! In the course of the tournament, the leader of the world list has already lost 13 points – a lot (the current position in the rating: Carlsen – 2855, Caruana – 2800, Ding Liren – 2799, Nepomniachtchi – 2792, Karjakin is on the 14th line from 2758). Carlsen left the playground and went up to his room without even talking to reporters.

The second round is ahead – the world champion will have to fight for his reputation and the next two duels with his Russian rivals are expected to be no less bright than in the first round!