What is Kerzhakov doing! Nizhny has more points than Spartak and CSKA 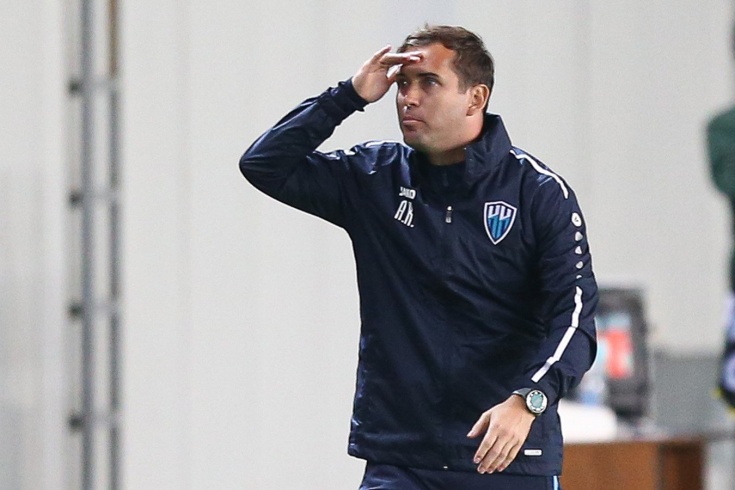 Nizhny Novgorod continues to amaze. In the 7th round, the RPL rookie again came to Moscow, but this time on a visit to Dynamo. The main sensation of this season has confirmed its status.

The start for the guests turned out to be unsuccessful – Dynamo opened the scoring already in the 13th minute. Newbie blue and white Denis Makarov received a pass between the lines from the depths and went to the gate. On the way, the midfielder cleverly removed the opponent and, being a couple of meters from the penalty area, powerfully shot into the bottom corner. Goalkeeper Arthur Nigmatullin did not drag – 1: 0.

By the break, the score had not changed, and at the beginning of the second half, Nizhny got the opportunity to level it. Attack Timur Suleimanov could have scored from the penalty spot, but fired above the gate. It would seem that the team is losing away and does not implement the most dangerous standard.

A blow to “morality”? No! On the 75th minute, Nizhny played an excellent combination. Midfielder Denis Tkachuk shot from the left flank, midfielder Ilya Berkovsky cleverly missed the ball, and their partner Igor Gorbunov it remains only to substitute the leg – 1: 1. The latter is a pupil of Dynamo, so he did not celebrate.

But the most action started in the last 10 minutes. In the 83rd minute, Dynamo allowed the opponent too much. Berkovsky, who tried to close the serve, managed to cover, but the midfielder Nikolay Kalinsky – No. Attack Richie Annin conveniently rolled him under the blow, the ball flew past after a ricochet Anton Shunin – 1: 2.

The fun didn’t end there. In the 88th minute, Dynamo earned a penalty kick. Defender Lucas Masoero grabbed the midfielder Vyacheslav Grulev and withdrew, receiving a second yellow card. The beat went Clinton N’Jier… It was not customary to score a penalty in this match, and the blue-and-white striker decided to follow the tradition – Nigmatullin pulled, Dynamo was left without points. 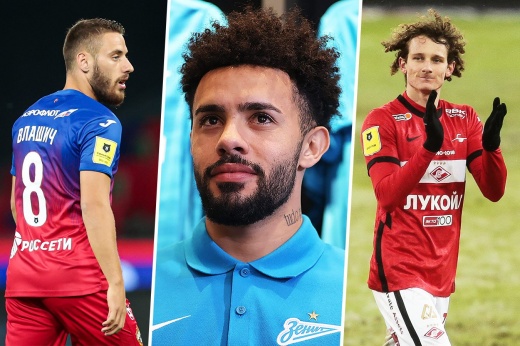 Spartak and CSKA fell in price, while Zenit rose in price. How much are RPL club rosters

Nizhny continues to amaze. The team, which should not have left the FNL at all, and did it only thanks to the problems of Orenburg with the stadium, after seven rounds takes the sixth place in the table with 11 points in the asset. Below are CSKA, Spartak (both have 10 points) and Krasnodar (9). The Nizhny Novgorod team has won victories over Sochi, Spartak, and now over Dynamo.

Separately surprising Alexander Kerzhakov… A young coach with no experience in the RPL led the team, which, without exception, predicted an instant return to the FNL. But it looks like he was ready for this test. At the post-match press conference, despite the victory, Kerzhakov modestly admitted his mistakes:

“The match was split into two segments. We didn’t play very well in the first half. This is my fault. I haven’t figured out tactically how the guys should act more correctly when the opponents play the way Dynamo played. I am very grateful to the guys that they managed to withstand the first. Obviously, there could have been more heads at our gate. During the break, we rebuilt a little, changed the tactical scheme. We have freed up zones for attacks, and our players took advantage of this. We are a very young team. Many of the players are playing RPL for the first time. Of course, they tend to make mistakes and worry. There is nothing to blame the guys for. It was not excitement that played a role, but my tactical flaw. The guys had to think and move more. Mental fatigue affects the condition of football players more than physical fatigue. “

By the way, Kerzhakov, although the legend of “Zenith”, today defeated his former team. In case you forgot, the striker spent two years at Dynamo after returning from Spain, where he played for Sevilla. The first season in Moscow turned out to be not very productive, the second – already better. And in 2010, Alexander moved to his native Zenit. It is unlikely that today’s match was especially important for Kerzhakov, but this victory is definitely important for his coaching path.