Important figures after the victory of Spartak over Khimki (3: 1) in the 7th round of the RPL.

The match with Khimki was 900th for the red and white in the Russian championships. On Saturday, the red-and-white team became the second team after Lokomotiv to reach this mark; on Sunday, CSKA joined the tandem of the neighboring Muscovites. Spartak still leads in the top division not only in the number of trophies, but also in victories, goals scored and points scored. 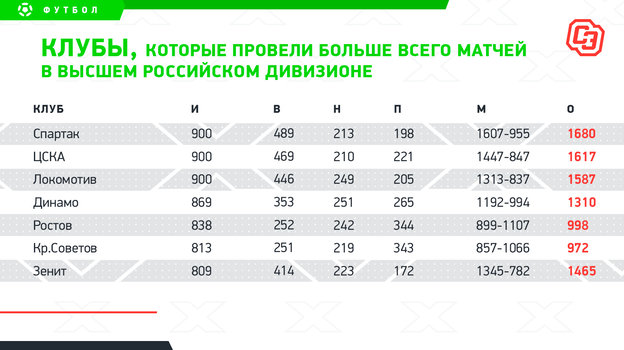 The clubs that have played the most matches in the Russian top division. Photo “SE”

In the jubilee meetings, the red and white won five victories with one draw and three defeats. At the same time, only in 2001, Spartak celebrated the round date more effectively. Then the Voronezh “Fakel” received five goals from the team of Oleg Romantsev, now “Khimki” – three. 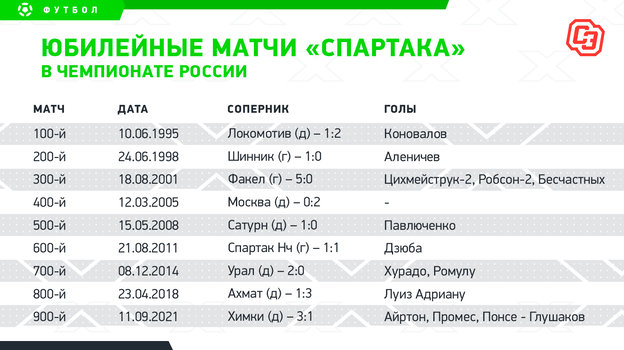 Anniversary matches of “Spartak” in the Russian championship. Photo “SE”

For Rui Vitoria, Saturday’s game was the seventh at the head of the Moscow team in the championship. Less often, “Spartak” was led only by “and. O.” – Igor Ledyakhov, Raul Riancho and Sergey Kuznetsov. The three leaders are Oleg Romantsev (more than a third of the team’s matches), Valery Karpin and Massimo Carrera. 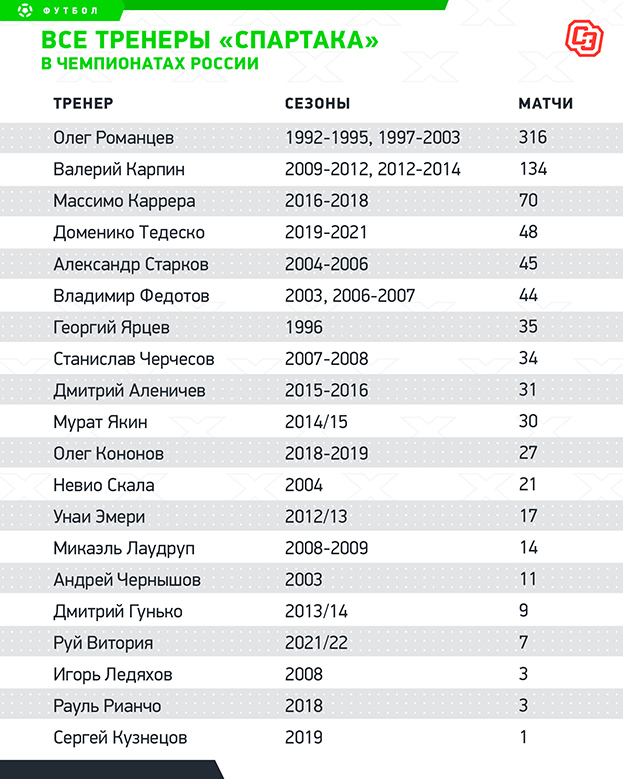 All coaches of “Spartak” in the championships of Russia. Photo “SE”

Yegor Titov continues to lead the list of Spartak Guardsmen by a huge margin. The main pursuers among the current players – Roman Zobnin and Quincy Promes – entered the field in 129 meetings, in addition to them, the line of 100 was also exchanged by Artem Rebrov (113) and Georgy Dzhikia (112). 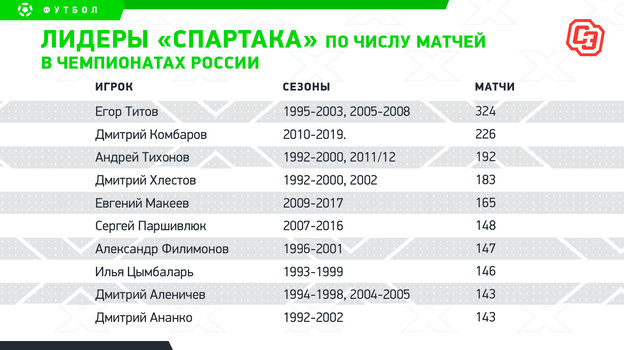 Spartak’s leaders in terms of the number of matches in the Russian championships. Photo “SE”

By a large margin, Titov continues to lead the list of snipers. His advantage over Roman Pavlyuchenko is 17 goals. Quincy Promes, who scored his first goal of the season and 63rd in the Premier League, came close to the Pavlyuchenko-Tikhonov duo. 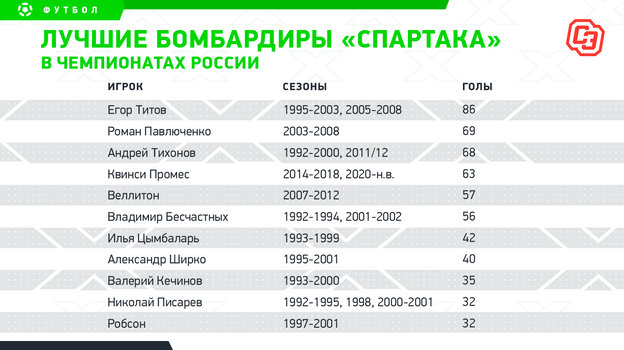