California studio Night School has released patch 3.1.1 for the Steam version of their mystical adventure Oxenfree. The patch is notable for the fact that it includes teasers for the next part – Oxenfree II: Lost Signals. 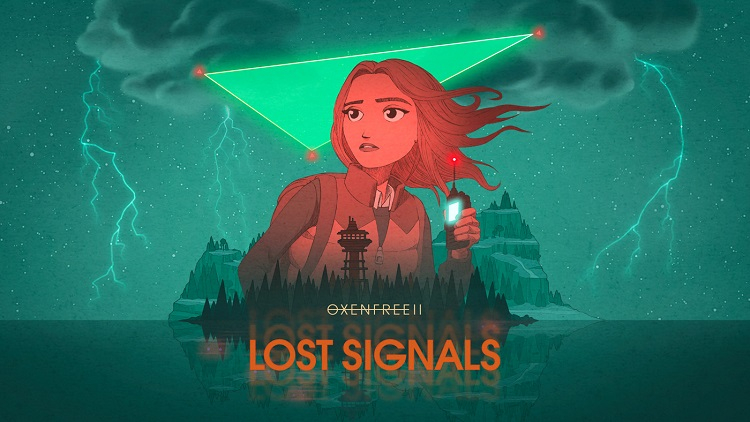 Recall that the events of Oxenfree II: Lost Signals unfold five years after the final of the first Oxenfree. Riley Poverley’s girlfriend returned to her hometown of Kamena, where things soon take off. “Strange turn”…

“We tried to stop it and failed. Signals break through in Oxenfree and we cannot block them, no matter how many patches we release and make changes. We’re in trouble. All of us”, – the developers warn in the update description.

We tried to stop it. We failed. Signals are breaking through into OXENFREE and we can’t block them, no matter how many patches or changes we m🀫ke to the game. We’re in troubl🀰. All of us.https: //t.co/IA8J3v2koB pic.twitter.com/sXR7hAHsse

The infiltration of Oxenfree II: Lost Signals into the original Oxenfree resulted in several new radio communications in the game. Some of them have already been discovered by fans (see video attached below).

The essence of the teasers is to show that the villains of Oxenfree II: Lost Signals – a mysterious group called Parentage – are so powerful that they influence the source code of Oxenfree.

So far, the 3.1.1 update is only available on Steam, but in the near future Night School Studio hopes to release patch on other platforms as well. Oxenfree is out on PC (Steam, GOG, EGS), PS4, Xbox One, Nintendo Switch, as well as iOS and Android.

Oxenfree II: Lost Signals is being developed for PC (Steam), PS4, PS5 and Nintendo Switch. The game was supposed to be released this year, but in August the release was postponed to early 2022.