Almost two weeks have passed since the start of the KHL regular season, and the start of the season in our league turned out to be bright and interesting. The average performance is almost 6 (!) Goals per game, there are practically no dull and grassroots matches, and at the head of the table are very unexpected leaders – Salavat Yulaev and Spartak. In addition, several players openly surprise at the beginning of the championship with cool hockey. We tell you about the main discoveries of the start of the KHL season.

I want to say right away that the list will not include those hockey players from whom we already expected a great game. So do not look for Vadim Shipachev, Korban Knight or, for example, Miro Aaltonen, who returned to Vityaz from SKA to drag the Podolsk club in this text.

This surname could hardly be found on the list of potentially coolest foreign rookies in the KHL before the season, unlike, say, Zaar, Odette, Tseglarik or Spartak Pettersson. Perhaps because no one really watches over Jokerit in Russia, or the 28-year-old Finn, who returned home after numerous unsuccessful attempts to gain a foothold in the NHL, was simply not paid attention.

One way or another, the ex-Toronto player at the start of the KHL regular season is Jokerit’s best forward in terms of statistics. Kossila centers on the nominally third link, gaining more points per game. So far, the Finn has got the most from the “Tractor”: in the home meeting with the Chelyabinsk team, Kossila took part in four goals of the “buffoons”, and even scored the winning goal in overtime.

So far, the Nizhnekamsk team is entirely like the opening of the start of the season, but the best scorer of the “wolves” Marat Khairullin should be noted separately. The 25-year-old striker has been making progress at Neftekhimik for the fifth season, but he needs a real breakthrough to step forward in his career. Perhaps this is what is happening now.

Khairullin comes out in the second three with Oleg Leontyev, but his performance is much higher than the main hopes of Neftekhimik before the season – American Sexton and Slovak Gudacek. The connection Poryadin – Khairullin is still the pride of Neftekhimik, both of these guys have a great chance to loudly declare themselves throughout the KHL.

The 26-year-old Czech defender has not shone with performance throughout his career, although he has always been good in the game, but now it is Klok who is the best defender and scorer in the KHL. Lukash has good point guard skills in his arsenal, the ability to competently close the blue line in the majority. In Neftekhimik, he immediately showed himself as one of the leaders.

The JHL champion as part of the youth Dynamo made his debut in the KHL last season, but Rashevsky is really revealing himself right now. The 20-year-old striker scores himself and participates in the creation of attacks, and Alexey Kudashov trusts the young striker, including him in the top 6 of the Dynamo attack. Rashevsky does not have the fuss inherent in the newcomers of the adult league, he still copes with the speed and the power struggle in the KHL, and at the other’s gates Dmitry can always present his high-quality wrist shot. 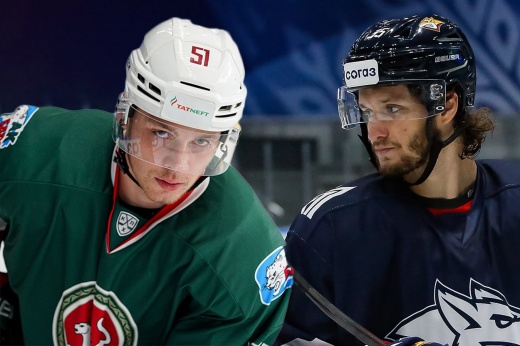 It’s time to declare yourself. 10 players who are expected to make a breakthrough in the new season of the KHL

CSKA started the season with Adam Reideborn in goal, but the Swede played very poorly against Avangard and Dynamo Riga, after which he gave way to Ivan Fedotov. Under the Russian goalkeeper, the army team won three solid victories, silenced the critics of coach Sergei Fedorov for the time being, and Fedotov showed excellent statistics in these matches and never missed more than one goal, although there were all the chances for this.

Now Fedotov, obviously, looks better than Reideborn, although it is clear that the Swede will still be given a chance. But Ivan is able to win the competition over a long distance.

In the summer, Loktionov flatly refused to play in Khabarovsk, and it seemed that the season for Andrey could be lost, but in August the center-forward was signed by Spartak, and Loktionov elegantly joined the red-and-white squad.

Agent Loktionov: Andrei has a child, he is not ready to move. We’ll have to take a break

The 31-year-old striker, who has two consecutive unsuccessful seasons at Magnitogorsk and CSKA, now feels comfortable in the top three with Kugryshev and Khokhlachev, is consistently gaining points, and the coaching staff has no claims to Loktionov for dedication. If Andrey maintains this attitude and approach to business, he will be able to deliver a very strong season.

Salavat has 5 wins in 5 matches, this is the best team start in the history of the KHL, and the main creators of such a phenomenal Ufa debut are the three Kulemin – Kadeikin – Shmelev. Yes, these guys are doing almost impossible so far, overshadowing the Finns led by Hartikainen, but Salavat, of course, is only good for it. For a long time, the Bashkir team did not have a really hammered second link! 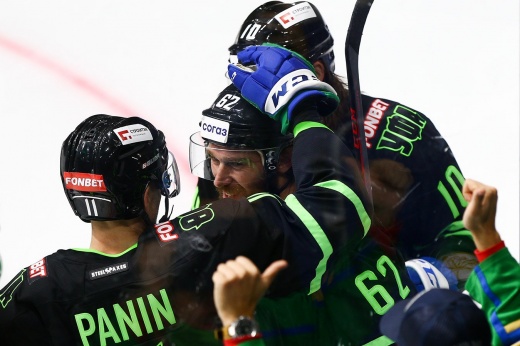 Five victories in a row and 23 goals! Salavat gave the best start in the history of the club in the KHL

Chief among these three is Kadeikin. Alexander is in crazy shape, as if over the summer he pumped up his playmaker skills and added even more in the understanding of the game and the sense of the pass. All this is supported by excellent physics and quickly found “chemistry” with partners. It seems that Kadeikin is aiming for the Russian Olympic team, where even taking into account the NHL players, there will be problems with the central strikers.

On the same wavelength as Kadeikin Shmelev, who is not going to slow down after a shock season in HC Sochi. Well, Kulemin in this trio unexpectedly became the main finisher of attacks. It is worth noting that Nikolai does nothing special, mostly scoring from the spot after verified passes, but the sense of goal and position is also incredibly important for a hockey player. In addition, Kulemin was almost written off in the summer, and Salavat took the player in August largely due to an epidemic of injuries. Who would have thought that by mid-September Nikolay would be the top-6 iron player and the main sniper of Salavat?