September 1, 1981 kicked off the second Canada Cup. This tournament brought together all the strongest hockey players on the planet and allowed Canada and the USSR, two hegemons and antipodes of world hockey, to reveal the really best team on the planet. In 1976, the maple leaves won the trophy; after 5 years, Soviet hockey players intended to take revenge.

In fact, the second Canada Cup was supposed to take place in 1980. However, in that year, the sports West boycotted the Olympics in the USSR due to the introduction of Soviet troops into Afghanistan, and in order to relieve political tension due to the presence of the communist country’s national team in the Canadian competition, the Canada Cup was postponed a year ahead. At the same time, it was still not without problems: for example, the owner of Toronto Maple Leafs Harold Ballard flatly refused to provide the club’s arena for matches where Soviet hockey players will take part. As a result, the tournament was held in Edmonton, Winnipeg, Montreal and Ottawa.

The USSR national team went to the Canada Cup, among other things, in order to try to take revenge for the sensational defeat from the United States at the 1980 Olympics. At the same time, the composition of the Soviets was rejuvenated, and the famous link Mikhailov – Petrov – Kharlamov in full force remained at home: Mikhailov and Petrov ended their careers in the national team, and Kharlamov did not get into the application Victor Tikhonov due to poor shape.

“Kharlamov found it difficult to recover after the 1976 accident. He had a good tournament in Italy, but Tikhonov personally told me that he wanted to save it for the World Cup. He was not ready to take risks because we were planning tough matches with the Canadians. I remember how in 1972 Kharlamov was knocked out purposefully. Therefore, he was not taken to the Canada Cup due to the increased risk of injuries, ”recalled Vladislav Tretyak… Instead of the legendary troika in the USSR national team before the Canada Cup, another link appeared for the first time, which a little later will become famous all over the world – Krutov – Larionov – Makarov. For the first time, these hockey players played together on August 29 at an exhibition match in Edmonton with Canada.

The USSR national team held this meeting with the “maple leaves” against the background of terrible news that came a few days earlier from their homeland: crashed in a car accident Valery Kharlamov… “It was a hard blow. The tragedy has affected all of us. We even wanted to leave the tournament, as the mood was very difficult. I couldn’t even believe that all this was true. At that difficult time, we really rallied. However, the Canadians should also be given credit. We came to the locker room, turned on the TV, and there, on all local channels, they showed how Kharlamov beat their national team in 1972. The tournament hosts did not pass by the loss of the great hockey player. They organized a minute of silence and put on mourning bandages, ”Tretyak recalls. 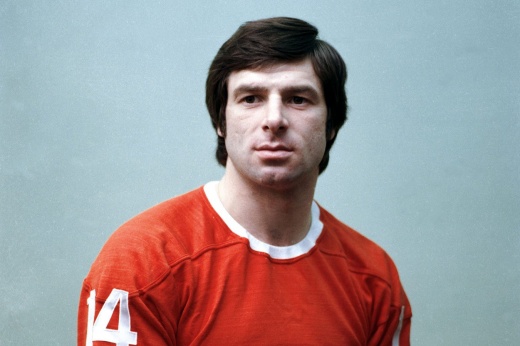 A genius who fell in love with his game. 40 years without Valery Kharlamov

It was very problematic to organize a trip to the USSR for the funeral, so the delegation of the Soviet team still refused this idea. But the players swore to each other that they would win this tournament in memory of a friend and colleague. “Valery Vasiliev, the team captain, and all the guys said that the victory should be dedicated to the memory of Valery Borisovich. We vowed that we would fight to the last and try to win the Canada Cup, which he himself wanted to win. Before the final, we gathered again – all together, without leadership, without coaches – and said that we would do everything to win the final match against Canada, ”he said. Vyacheslav Fetisov…

The composition of the USSR national team at the Canada Cup – 1981:

The preliminary stage began for the USSR national team with a somewhat unexpected draw with the Czechoslovakians (1: 1), who in 1981 were no longer as strong as in the 70s. Then our hockey players beat Sweden (6: 3) and partially took revenge from the USA for “Miracle on Ice” (4: 1), the Finns were defeated 6: 1, and in the last match of the “pre-match” Soviet hockey players met with Canada.

That match turned out to be unsuccessful for the USSR national team, and especially for the goalkeeper. Vladimir Myshkin, who conceded 5 goals in 7 minutes in the third period. Canada won 7-3, finally convincing most of its fans and local journalists that the Maple Leaves had no rivals in this tournament.

But the winner of the Canada Cup was determined in the playoffs. In the semifinals, the USSR and the hosts of the tournament beat Czechoslovakia and the United States with the same 4: 1 score and reached the expected final. The battle, which is remembered with horror in the homeland of hockey, took place at the famous Montreal “Forum” on September 13, 1981 – exactly 40 years ago.

The composition of the Canadian national team for the 1981 Canada Cup:

“I don’t understand why many were so confident in the victory of Canada. In 1979 we won 6-0. These are just psychological attacks on their part. It’s good that we didn’t know how to read English at that time, otherwise we would have laughed a lot. The match is won only after the whistle is blown. No normal hockey player will say before the starting faceoff that the opponent has no chance. This is not even accepted in professional hockey, ”said Fetisov.

However, in the first period of the final, the USSR national team kept in the game only Vladislav Tretyak, which the Canadians feared most of all as part of the Soviet team. “The Canadians made a mistake when they decided to attend our training session. I haven’t missed a single goal there. When I saw them, I did my best for this. Immediately, as if additional forces appeared. I thought to show them who I am, ”the legendary goalkeeper recalled.

The Canadians threw our team 12 – 4, but did not score a single goal. And at the beginning of the second period, Larionov opened the scoring in a quick counterattack with the passes of Krutov and Makarov. Three minutes later, the Canadian Gilles struck Tretiak, but that evening it was the hosts’ last reason for joy.

With the score 1: 1, the finest hour came in the career of Sergei Shepelev. The Spartak forward, who first got into the USSR national team only in the previous season, scored a natural hat-trick in 10 minutes and knocked out the Canadian national team!

And three minutes later, the final verdict was signed by the Canadians Vladimir Krutovwho scored the puck in the minority. Just look how gracefully and even mockingly easily he removed the defender from his path with a false swing!

5: 1 in the 45th minute of the final – Canada had no chance of winning back. But the “maple leaves” could not even throw the puck of prestige, but the goalkeeper Liut of the hosts missed three more times. Larionov, Golikov and Skvortsov brought the matter to a deafening defeat.

“Our counterattacks were just dagger attacks. Canadians were in shock and confusion. I have never seen their national team so depressed. They usually fight to the very end. If something does not go according to plan, then they begin to cling, fight. And then in the end they completely gave up the game. The team seemed to be resigned. After the fourth puck, it was necessary to change the goalkeeper. It was clear that he was out of shape and swam, ”explained Tretyak.

8: 1! The dumbfounded Canadian fans greeted the last goals of the Soviets with applause, but after the final siren in the Forum, there was a ringing silence. The hosts’ hockey players were crushed and disappointed, someone could not hold back their tears. Gretzky, 20, called that game the worst event of his life, and the Canadians’ mentor Scottie Bowman in a fit of emotion, he hinted that it would be nice to find out the strongest in the final, consisting of two matches. The organizers of the competition heeded the message of the great coach, but the Cup of Canada – 1981 “maple leaves” could not be returned – he went to the USSR.

More precisely, the trophy itself in the form of trimmed maple leaves, our hockey players could not take home to their homeland. After the game, when the Soviet players were packing the Cup in a bag, it became clear that, according to the regulations, it should remain in Canada. 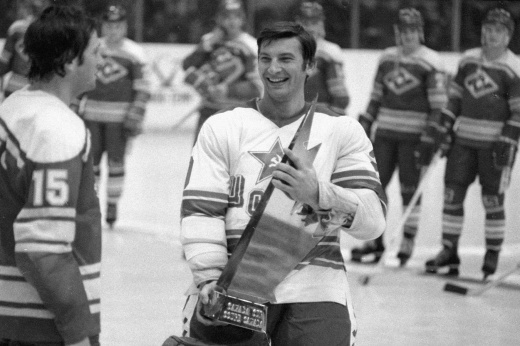 “The police came running, cordoned off the locker room. Scandal”. Canadians did not give the Canada Cup to the USSR

“This is one of the most important victories for Soviet hockey. A lot has been at stake in the struggle between the two hockey systems. In terms of evaluating yourself as a hockey player, this is probably the best challenge. All teams had excellent lineups. We beat the strongest national team in the world at that time, with the best coach of all time, and even in the Mecca of hockey. That game set a new vector for the development of this sport, ”Fetisov reasoned.

Neither before nor after did the national teams of our country beat Canada so confidently at tournaments of this level. Moreover, since then, our national team has never won an international tournament with the participation of all the strongest hockey players on the planet. That is why that victory is especially valuable, and it is necessary to remember about it not only on a round date. And believe that new victories of the Russian national team are not far off.