One of the most important announcements of Apple’s first fall presentation it turned out to be a smart watch. We have been waiting for a very long time for the redesign of the company’s most personal gadget, the appearance of which has not changed since the Apple Watch Series 4.

Another important point that the presentation was supposed to answer: will the straps from previous generations of watches fit the Apple Watch Series 7. If not, many will have to part with an impressive collection on round the amount.

In general, questions many, and the answers to most of them can be found in this material. So, let’s begin:

Apple Watch Series 7 has become “square” like the iPhone and iPad? 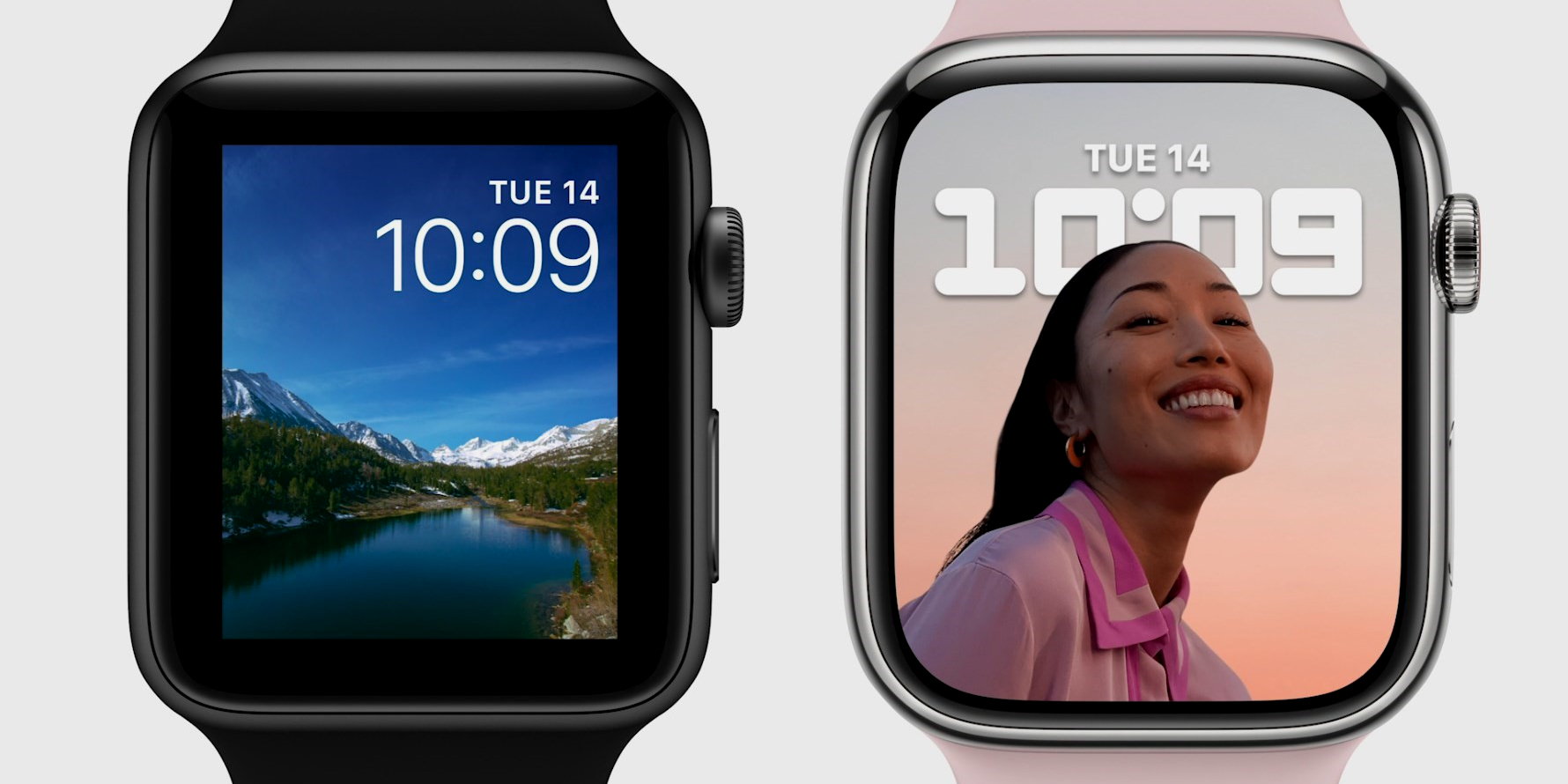 No. The body has remained almost the same.

However, due to the enlarged screen, the device really does not look the same as before. What’s more, the manufacturer claims the Apple Watch Series 7 is the most durable smartwatch it has ever made.

On the one hand, Apple says that the new gadget has a protective glass that should not break on contact with hard objects. On the other hand, it claims protection against contact with dust according to the IP6X standard. Yes! And this is great!

This particular question interested me the most. However, it would be rather strange if Apple did differently. I can imagine the indignation of a huge number of people who have collected a collection of expensive bracelets.

When it comes to the aluminum version of the Apple Watch Series 7, it is available in five colors: space gray, silver, dark green, blue and red (RED). There will also be a couple of steel options and titanium in light and dark versions. Compared to the previous generation, more information is actually reduced on the Apple Watch Series 7 screen

The framework is minimal!

Despite the numerous rumors that were discussed on the network, the new smartwatches of the beloved company have become only an evolutionary continuation of the current line, and not a revolution. They haven’t changed in terms of design, but they got a big screen.

Yes, due to the reduction of the frames around the screen, the watch really began to look a little different. Moreover, this made it possible to fit a much larger display into exactly the same case. However, the number of inches was not indicated during the presentation.

The material is supplemented …

An important part of Apple’s first autumn presentation was smartwatches, which received a lot of new interesting features.

PhD in ripped jeans. I am writing my doctoral thesis on Mac, I keep my iPhone in my hands, I talk about technology and life.