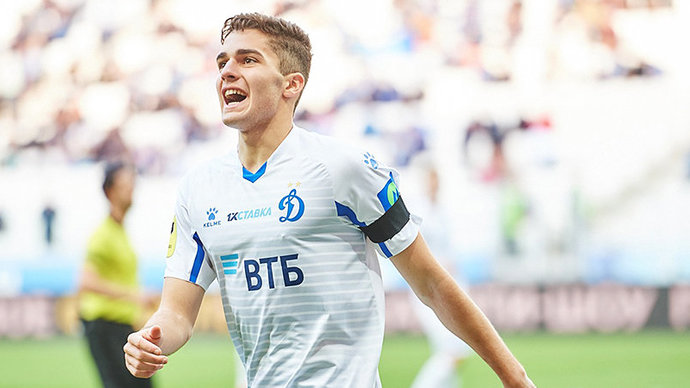 – Arsen Zakharyan’s play at Dynamo, at the youth Euro and his debut in the senior Russian national team did not go unnoticed in Europe. According to my information, a grand appeared who seriously aimed at Arsen. This is Barcelona. Scouts of the Catalan club flew to Moscow several times for Dynamo matches to evaluate Zakharyan’s performance. The Barça representatives were pleased with what they saw and are ready to negotiate with both Dynamo and the player himself. They should take place in the coming weeks.…

Quite possible, this fall, Barça will want to agree on Zakharyan’s transfer and fix a future deal. It could take place in the summer of 2022, depending on how the negotiations turn out.… Zakharyan himself plans to play at least this season in full with Dynamo. Earlier Zakharyan was interested in “Bruges”, “Leipzig” and “Sassuolo”, – wrote Arustamyan in his Telegram channel.

Zakharyan is a graduate of Dynamo. According to the portal Transfermarkt, the cost of the 18-year-old footballer is 4 million euros.

This season, the player played 7 matches for the capital club, in which he scored 1 goal and made 3 assists.