New US Open Champion Daniil MedvedevLike any modern high-level tennis player, a whole team helps. Gone are the days when the players did not approach things very professionally – back in the 80s, a large part of the tour participants did without permanent coaches, not to mention the physiotherapists and other team members, which all the tops must have now. Of course, there are exceptions – say Nick Kiryos and does not work with a coach on a regular basis – but this is a question of the Australian’s personal carelessness. Those who are seriously aiming at high results know that they cannot be achieved not only alone, but also together with only one coach. 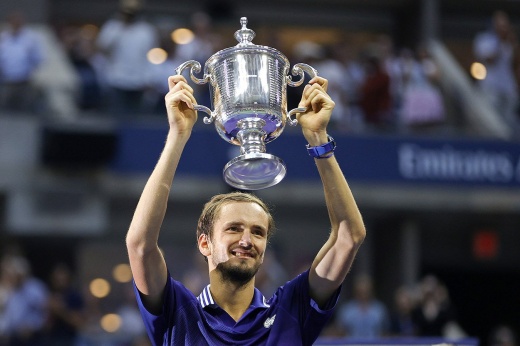 Russian miracle in America! Daniil Medvedev won the US Open and stripped Djokovic of the Grand Slam

Medvedev’s boxing in the stands of stadiums is always half empty. Obviously, Daniel doesn’t like unnecessary fuss. He himself clarified this situation as follows: “In tennis, we can do something out of superstition or because we are so used to it. I know that this is exactly what I want, so that only the closest ones sit in my box. And to others – also close ones – I give very good tickets. But I want to see in my boxing only those with whom I work, with whom I spend the whole year. ” In the first row of the box are only the wife of the second racket of the world, Daria, the coach of our champion Gilles Servard, psychologist Franziska Dose, and physiotherapist trainer Eric Hernandez usually located a couple of rows higher. The Russian team also includes Jan le Meur, who takes a scientific approach to sports, and Fabrice Sbarroresponsible for tactical and strategic preparation for matches.

Daniel met Gilles almost immediately after he moved to France at the age of 18. By the way, before moving, Medvedev graduated from high school, and then entered MGIMO and for some time studied at the evening department. Servara then worked at the Jean-René Lisnard Academy in Cannes. Both were professional tennis players, but played at different levels – Lisnar, who was born in France, but played for Monaco for the second half of his career, was in the top 100, and Servara was unable to rise above the level of ITF tournaments. Nevertheless, it was Gilles who became Daniel’s coach, who was then a little over 30 years old and did not have any independent coaching experience. But Servara believed in Medvedev – and, importantly, they got along well in terms of communication. Gilles turned out to be a more cheerful person than Jean-Rene, did not put pressure on Daniel, did not drive him into the framework of strict plans – and as a result, it was he who brought the Russian away from playing at the same tournaments of the “futures” series, on which he had once “got stuck” himself, until the decisive stages of “Masters”, “Helmets” and the second line of the rating. 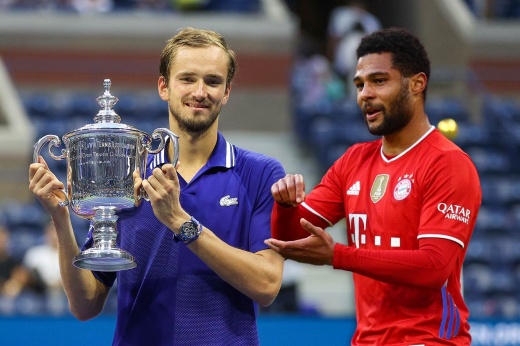 It is interesting that Medvedev himself began to really treat tennis professionally just a couple of years before his breakthrough in 2019. Prior to that, Daniel did not take seriously either nutrition or recovery between matches, and considered the best way to recover from rest in bed, believing that the body would put itself in order on its own. “Why should I take tennis seriously? This requires such dedication to the cause, such psychological strength. And I have a feeling that there is no point in this, “- such a question Daniel asked his coach Gilles Servard in the summer of 2017, between the Masters in Montreal and Cincinnati. Then Servara laughed and suggested that Medvedev try and see if it leads to something. Just two years later, the Russian became the finalist of the Canadian Masters and the champion of the American, and also reached the final of the US Open and won the Masters in Shanghai. Last year he added the Paris Masters and ATP Final Championship titles to that, and has now won the Masters in Canada and most importantly the US Open.

Franziska Dose is not only Daniel’s psychologist, but also Gilles’ wife. She helps Medvedev to properly tune in to matches and tries to teach him to control the outburst of aggression on the court. The latter still does not always work out, but such is the character of the Russian. You can recall the recent semi-final with Andrei Rublev in Cincinnati, when Daniel confidently outplayed his teammate, but in the second set he crashed into the camera and suffered more mentally than physically – although he told the tournament supervisor (not without reason) that he could break his arm … The hand turned out to be more or less in order, but Medvedev could not tune in to the second half of the match, losing to Rublev, who was far from being at his peak. Nevertheless, when the matches are held without such excesses as a collision with the camera, then Daniel increasingly successfully controls his emotions and does not allow them to deprive him of victories in important matches.

“This is not magic, and I am not some guru. My work is based in part on Chinese medicine, meditation and the philosophy of the Shaolin warriors, a famous order of Chinese monks. When a Shaolin warrior fights, he never looks around – he just feels what is happening around. Daniel is very smart. He has a complex mind, like a computer – he analyzes many different things and can connect them together in a matter of seconds, “- said Dose. By the way, if Servara has been working with Medvedev since his move to France in 2014, Dose became a member of the team only in mid-2018. 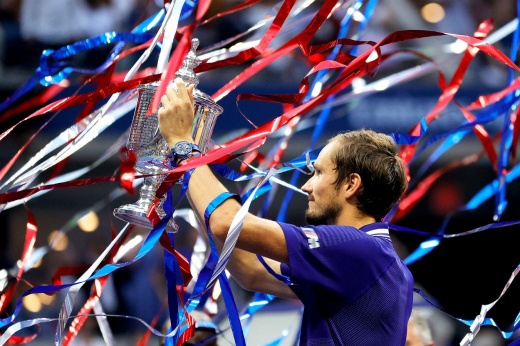 From psychosis on the court to the first title on the Helmet. Medvedev’s path to the main victory in life

Eric Hernandez and Medvedev were not there either. All this is not surprising – in his youth, Daniel could not afford the costs of several team members at once, and the bulk of the work on all fronts then lay on the shoulders of Servar. However, in recent years, the Russian has been working hard with Eric on physical fitness, and the results are obvious. Medvedev began to recover faster after tough fights, withstand five-set matches, and this year for the first time he won matches in which there was a fifth game – against Philip Krainovich at the Australian Open and against Marina Cilic at Wimbledon.

The importance of Hernandez a couple of years ago was characterized by Daniel’s father, Sergei Medvedev: “I think the physical training coach Eric Hernandez made a very big contribution to his progress. He is a very versatile specialist – he is both a cycling coach in Cannes and a fitness coach in Monaco. Eric made him hardy and very strong. Previously, Danya suffered all the time from problems with “physics”.

This is how responsibilities are divided among the main members of Daniel’s team. Of course, his wife also plays a huge role in Medvedev’s life. Daria is responsible for coziness, comfort and motivation. Once Daniel told how at the tournament in Washington-2018 he trained with the Frenchman Luca Puy: “We played on the account, and, apparently, something did not go well for me that day – I lost with a score of 0: 6. And she sat on the podium, watched the game and kept saying, “You can be in the top 10, you can play better.” She believed in me, she kept saying that I could, that I had to work for this. And now I am in the top 10 “. 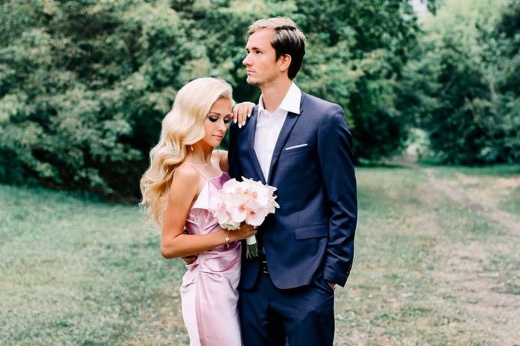 “I love you, Dasha!” Medvedev simply won the US Open instead of a wedding anniversary gift

Now the Russian and his team have some time to celebrate the main success in his career at the moment – the victory at the US Open – 2021, but there is no time to relax for a long time. In the mid-20s of September, Medvedev plans to play in Boston at the semi-exhibition Laver Cup, where, in addition to him, the European team should be represented, among others, by Andrei Rublev, Alexander Zverev and Stefanos Tsitsipas. October will host the Masters in Indian Wells and home tournaments in Moscow and St. Petersburg, and in November the Masters in Paris, the ATP Final Championship in Milan and the Davis Cup final. At the same time, Daniel is 1353 points behind Novak Djokovic in the rating, and if we assume that the Serb really does not have the motivation to continue the season, then Medvedev may have ghostly chances of becoming the first racket of the world at the end of the year.