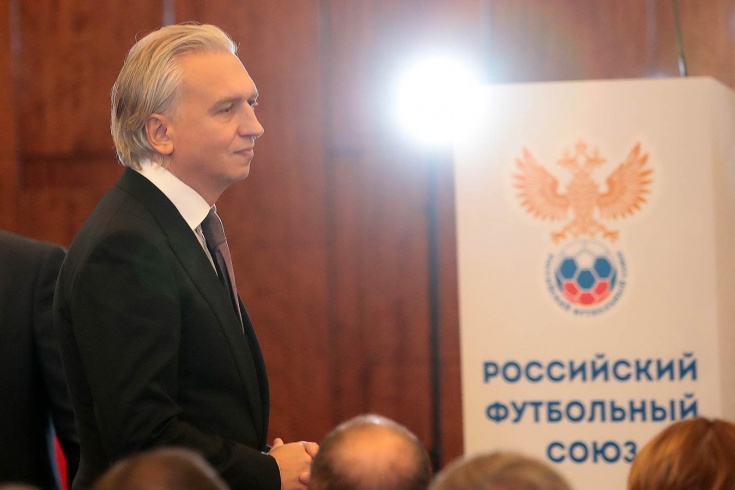 The National Football League clubs were offered the option of reforming the tournament with the transition to the “Saturn-20” format. This follows from the presentation of the Hypercube company, which was at the disposal of the Championship. 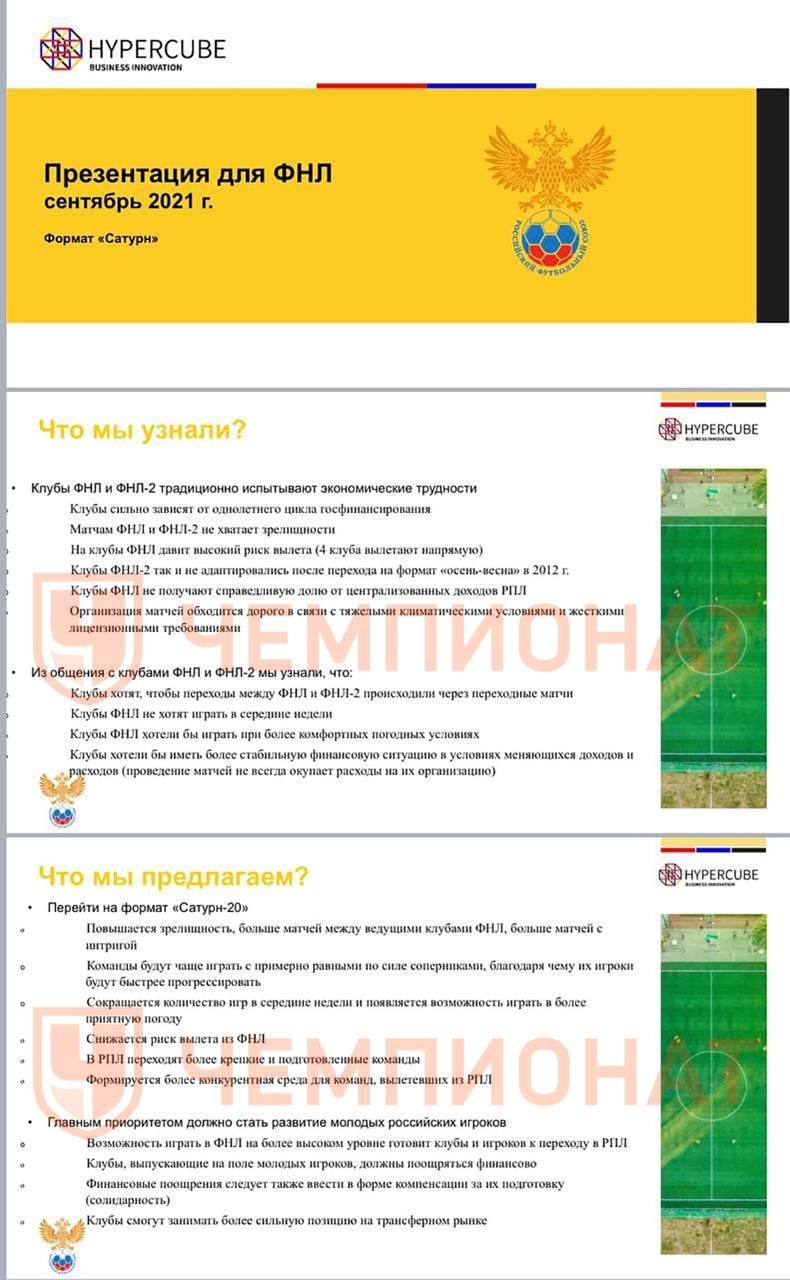 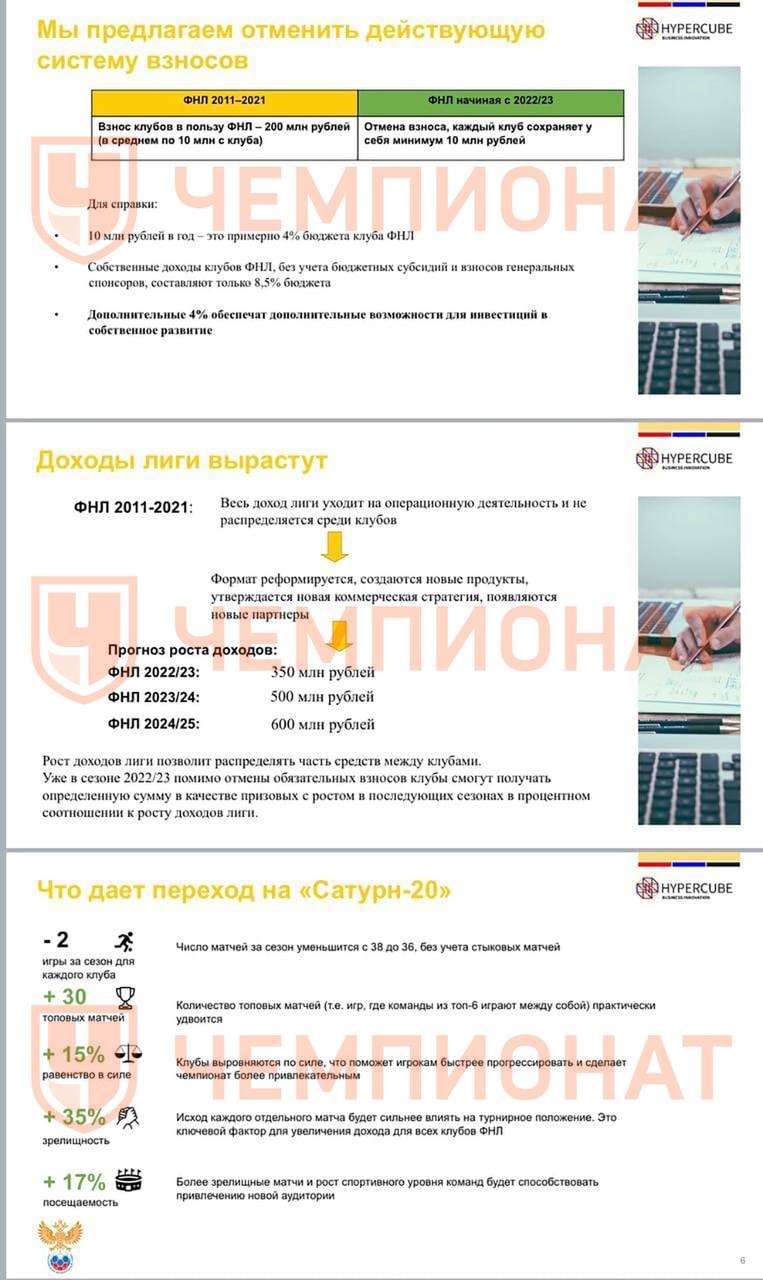 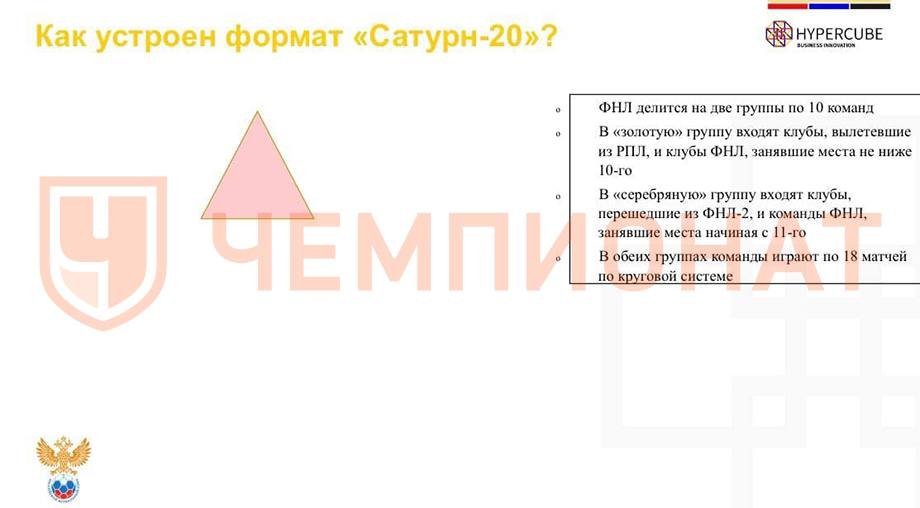 The presentation outlines the advantages and disadvantages of this format.

– Better conditions for the development of (young) players.

– There are many more games in which something is decided: the interest is higher.

– More top matches, leaders play each other 4 times per season.

– The tournament as a whole is becoming more interesting for fans, sponsors and broadcasters, which has a positive effect on the level of the tournament.

– The format is the link between the “autumn-spring” system for RPL and “spring-autumn” for FNL-2 and FNL-3.

– More efficient use of the calendar, taking into account local climatic conditions.

– A more difficult format to understand. 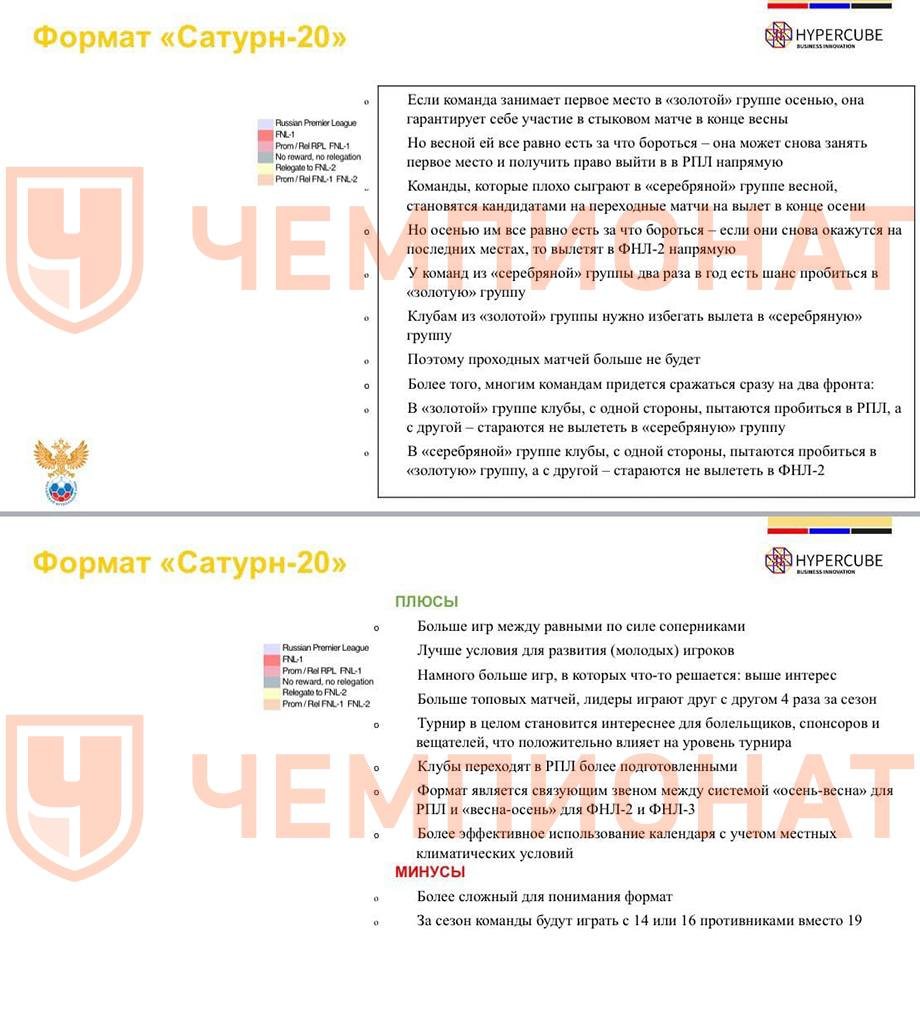 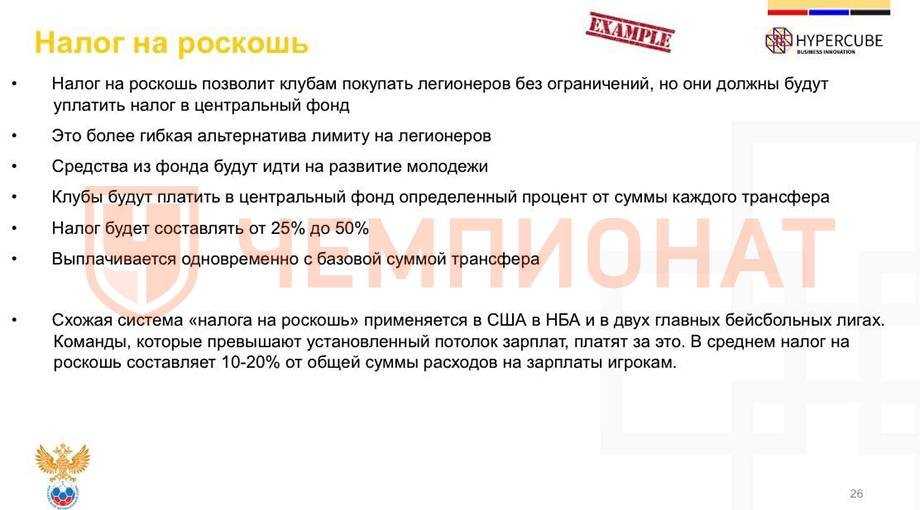