In Moscow, Russian President Vladimir Putin met with the winners of the Tokyo Olympic Games. The head of state awarded the athletes, and after the ceremony, they received cars as a gift. During a conversation with the champions, Putin spoke about refereeing in rhythmic gymnastics, as a result of which Dina Averina was left without gold, and spoke about his boxing lessons in his youth.

Vladimir Putin met with Russian athletes who competed at the Summer Olympics in Tokyo. At a reception in the Kremlin, the country’s president talked to the winners of the competition and presented them with state awards. At the end of the ceremony, Deputy Head of the Russian Security Council Dmitry Medvedev presented the medalists with new cars.

Speaking to the athletes with a speech, Putin congratulated them on their successful performance at the Olympics. The head of state noted that in Tokyo they had to face numerous difficulties, including political pressure. 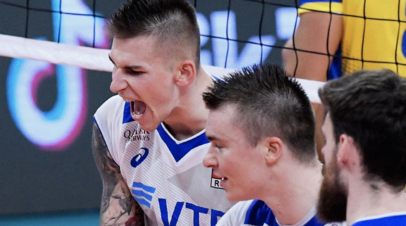 With great difficulty: Russia beat Ukraine in the playoffs of the men’s volleyball European championship

The Russian men’s volleyball team reached the quarterfinals of the European Championship. Tuomas Sammelvuo’s charges at the start of the playoffs beat …

“Russian athletes performed well at the Tokyo Olympics. I understand how difficult it was. Everyone understands how difficult it was, the whole country, perhaps. In some moments, it is prohibitively difficult. This is a huge physical, emotional stress during both the preparation and the Olympic starts themselves, and the strict requirements, forced, but necessary, restrictions associated with the epidemic – they also made their contribution. I cannot but recall the well-known – unfortunately far from sports – politicized decisions in relation to our country and our team. But you withstood everything, went through all these tests, fought for the sporting honor of Russia and, as I said, fought with dignity, gave the fans, all of us the joy of victories, an incomparable uniting feeling of pride for the Fatherland, “Putin said.

Almost all the winners of the Games took part in the ceremony, with the exception of athlete Maria Lasitskene, synchronized swimmer Svetlana Kolesnichenko, as well as tennis players Andrei Rublev and Anastasia Pavlyuchenkova. Gymnastics Dina Averina, whose silver in the individual all-around became one of the loudest scandals in the competition, also arrived at the meeting with Putin. The Russian president also paid attention to this episode in his speech.

“As for Russia’s leadership in rhythmic gymnastics, it has survived for us. We are absolutely convinced of this: it was, is and – I hope, I am sure – will be in the future. At the Olympic Games in Tokyo, we saw how great the potential of the Russian national team is. Let me wish you all success. I am sure that this dedication and commitment to the result will remain and will be realized in the future, ”Putin added.

Later, during an informal conversation with athletes, the president spoke about refereeing in rhythmic gymnastics, because of which Russian athletes were left without gold for the first time in 25 years. Putin was surprised that the result of Dina Averina was not announced for a long time, and the protocols of the competition were never published.

“This is not some kind of military exercise. Why not show it? Show how the grades are given. Six minutes were counted. Usually it takes one and a half to two minutes – and the protocols have been collected. And then they calculated six minutes. Accountants! They would at least give results, protocols. Do not give! Well, nothing, we will be stronger, “- said the President on the air of the program” Moscow. Kremlin. Putin “on the TV channel” Russia 1 “.

Despite the fact that Averina became only a silver medalist, she was noted as the champion of the Tokyo Olympics. The gymnast was awarded the Order of Friendship and later received the keys to a BMW X5 car. The silver and bronze medalists of the Games were awarded the BMW X3 model. It was also received by Averina’s sister Arina, who became the fourth in the individual all-around. 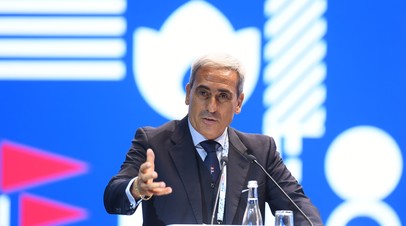 The SportAccord Summit, which will take place in May 2022 in Yekaterinburg, will be held at the highest level and will become the intersection of the world …

During a meeting with the Olympians, Putin received an invitation to train the Russian boxing team. He was voiced by the Olympic champion in the weight up to 57 kg Albert Batyrgaziev. According to him, a lesson with the head of state would give motivation to all team members.

“I know that you go in for sports, visit gyms. Vladimir Vladimirovich, I would like to invite you to a joint training session with us at any of the Olympic bases. For us, this will be an incentive, motivation for new victories. I want to thank the most important people – our teachers, our coaches, our parents, our families – for the fact that without them our victories would not have happened. This is our common victory, a lot of people are involved, including our state. Vladimir Vladimirovich, thank you very much for paying due attention to sports: without such attention there would not have been such results, “Batyrgaziev said.

In response, Putin spoke about his experience in boxing. The president admitted that he was injured at the very first training sessions, after which he decided to change the sport.

“My nose was broken at the third or fourth training session, but since everything was like this – I lived in the yard, everything is simple – I did not go anywhere, to any doctors. But it was impossible to touch the nose even with a finger! As it turned out later, it was broken. The nose was overgrown, and I decided that we should start fighting, ”Putin said.