According to DigiTimesIntel has revised its server processor pricing to more confidently counter AMD in this segment, which is currently experiencing supply issues. Intel has reportedly flooded the market with chips below MSRP and is offering significant discounts on its products. 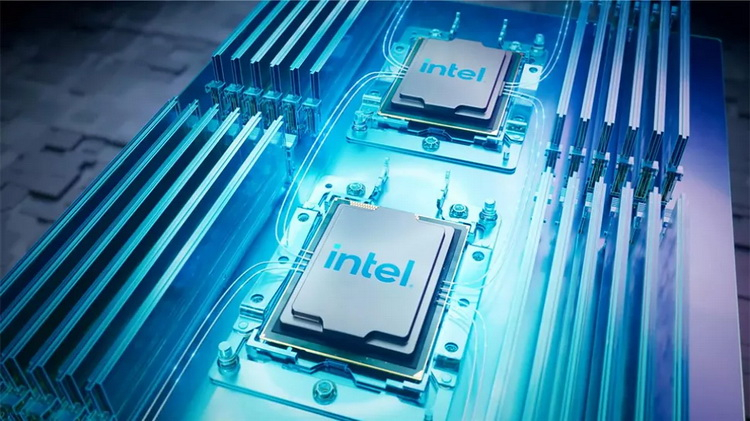 While most reports indicate that AMD has been able to normalize processor shipments to some extent, the company loses to its competitor in two ways: it earns much less than Intel, and it does not have its own factories to manufacture its products. Intel, for its part, can afford to play more aggressively with prices, since it is not only engaged in the development of chips, but also produces them itself. In other words, she has a lot more control levers through which she hopes to attract more attention to her products.

AMD has been doing very well in the server processor market lately. According to a fresh report by Puget Systems, from June 2020 to July 2021, the share of AMD workstation sales increased from 5 to a dominant 60%. However, the increased demand for the “red” processors also means that some buyers who want to invest in new server infrastructure based on AMD have to wait a long time for their orders to be fulfilled, as the company simply cannot keep up with the required volume of their shipments. Intel knows this very well and therefore is pursuing a policy of lowering prices for processes, trying to lure AMD customers.

The question of choosing one or another platform in the server and HPC segments is very important, since this greatly influences the further choice of buyers in the future. Replacing the entire server infrastructure from one vendor’s platform to another vendor’s platform requires a much higher investment than a conventional platform upgrade from the same vendor.

AMD’s total server market share rose to 9.5% in the second quarter of 2021, according to Mercury Research. This is 4 percentage points more than a year earlier, but 1 pp less than in the first quarter of this year, when AMD held 10.5% of this market. Considering the capabilities of both companies’ processors and their actual market prices, there is no technological reason why Intel would be able to regain market share, unless the scarcity of AMD processors and Intel’s more efficient pricing are decisive factors for buyers.