The smartwatches have enlarged the display by making thinner bezels (they have been reduced by 40%). At the same time, the body remains the same as in the previous line. Although many insiders said that the body will have flat edges, like smartphones of the last two lines of Apple. Literally everyone was waiting for this change, as it turned out – in vain. 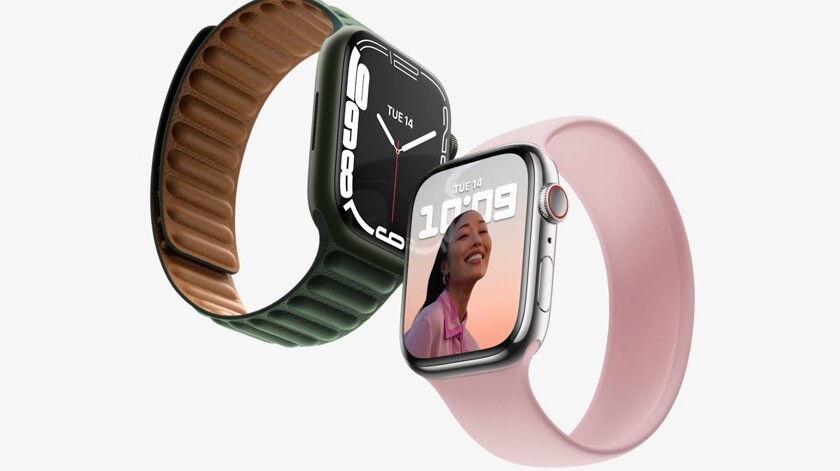 The viewing area has increased by about 20% compared to Series 6 and more than 50% compared to Series 3. The display itself is brighter – it shines 70% brighter outdoors, in inactive mode, when the hand with the clock is down – and even more curved, including due to the thick front glass (50% thicker): 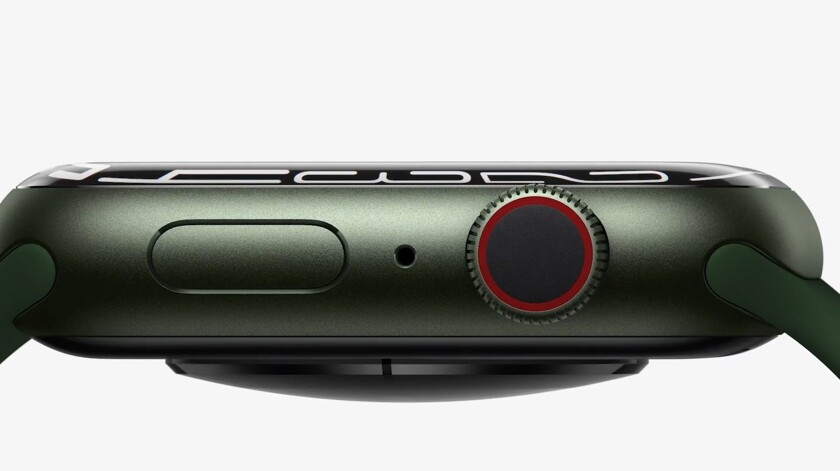 The watch has rethought the charging system. The device now charges up to 33% faster than the Apple Watch Series 6.

Smart watches work with the Apple Fitness + service – this is not a novelty, but the fact that the service will finally appear in Russia is worth noting separately. Apple will launch the Fitness + workout app in late September. 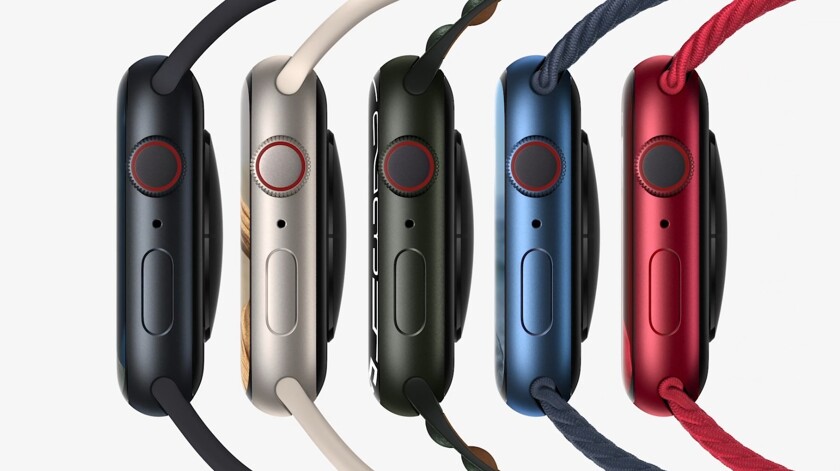 Price – 399 dollars (29 thousand rubles at the current exchange rate). Series 3 and SE will remain on sale, they are much cheaper: 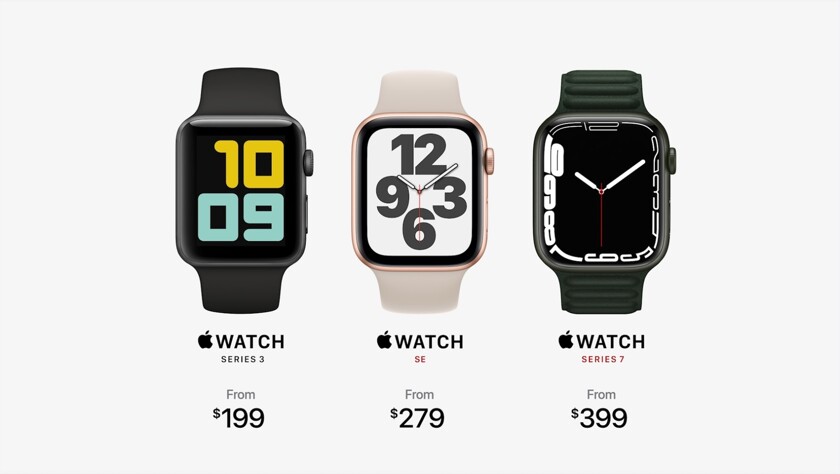