The enthusiast found a list of games in the cloud service’s database that raised questions. There are PlayStation exclusives, Nintendo and an emulator

We have already written about the dataminer, which found in the database of the game cloud service GeForce NOW the mention of God of War and Steam, already announced on PC Uncharted: Legacy of Thieves Collection (there are no other Uncharted in the list), as well as an emulator and pirated games (so the dataminer named the Nintendo exclusives that I found in the service database).

NVIDIA decided to comment on the information of the data miners who have already found the mobile STALKER and other PlayStation exclusives. It should be noted that the company was informed about the find (about access to confidential information) 4 months ago.

“NVIDIA is aware of the publication of an unauthorized list of games that contains both released and alleged titles [проекты], [список] used for internal tracking and testing only. Listing is neither a confirmation nor an announcement of any game.

NVIDIA took immediate action to close access to the list. Confidential Game Builds [билды] or personal information has not been disclosed. “ 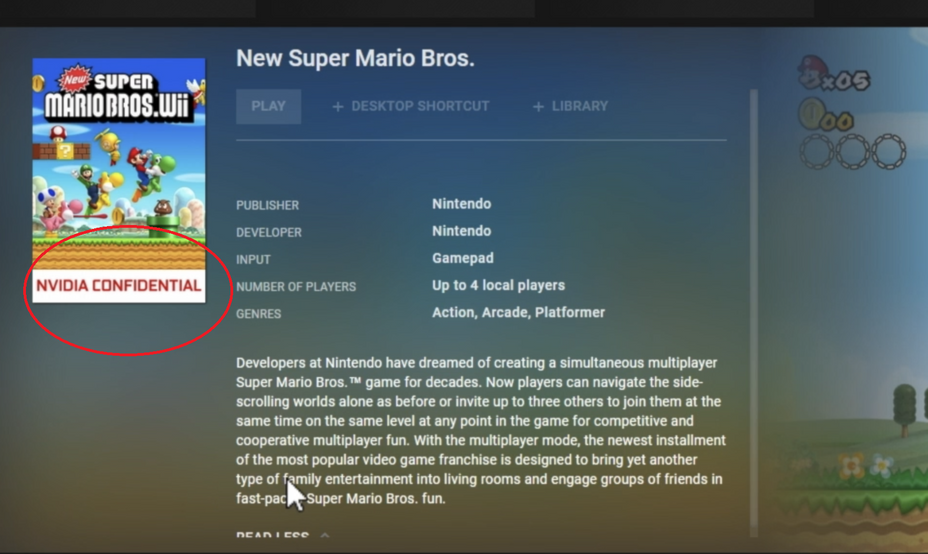 It is not yet clear why the Super Mario Bros. (Nintendo game) there is an NVIDIA CONFIDENTIAL plate in the service database.