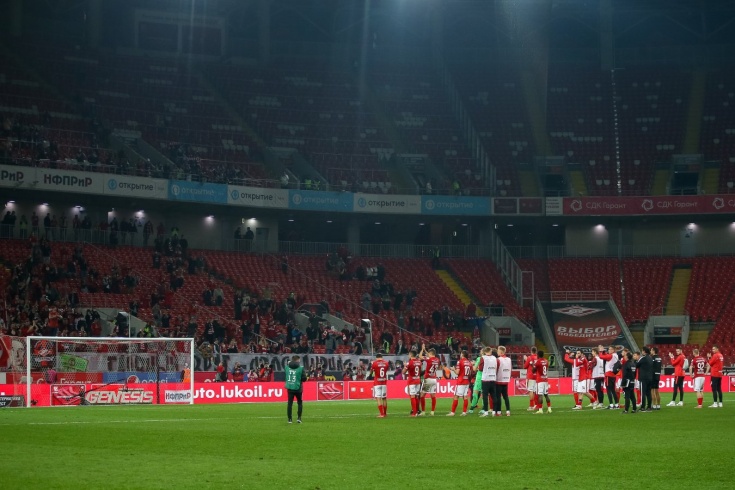 Rospotrebnadzor allowed Moscow “Spartak” to increase the maximum stadium occupancy for the match with “Legia” to 30% – this is 13.5 thousand fans.

“Rospotrebnadzor has approved the request of FC Spartak-Moscow to increase the permitted capacity of our stadium to 30 percent.

The decision concerns the match of the first round of the Europa League group stage with the Polish Legia.

Thus, the meeting, which will take place tomorrow and begin at 17:30 Moscow time, will be able to attend 13,500 spectators. Previously, the maximum permitted capacity was 3000 people.

Rospotrebnadzor draws attention to the fact that the fan must have a QR code issued on the basis of vaccination or in the case of a coronavirus officially transferred over the past 6 months, “the Spartak press service told the Championship.

Let us remind you that tomorrow, September 15, Legia will meet with Spartak in the first round of the Europa League group stage. The match will take place at the Otkritie Arena field in Moscow, the starting whistle will sound at 17:30 Moscow time. Also in Group C will be Napoli (Italy) and Leicester (England).

Vitoria – about the Europa League: we will have 6 matches, each of them is the final