When it became known that Call of Duty was returning to the WWII era, there was not much enthusiasm even among fans of the series. It seems that this is a long passed stage, what new can be offered in this entourage? And most importantly, the weapon will probably not be as fun to use as in the last games of the series. However, the beta version of Call of Duty: Vanguard dispelled some doubts – in terms of gameplay, it is nowhere near as boring as it might seem.

Although the weapons here are really the same as those used in the war, they are much more convenient to shoot than in Call of Duty: WWII. Whether it’s a StG 44 rifle, an M1928 submachine gun or an MG 42 light machine gun, you don’t feel like you’re using antediluvian junk that’s about to jam. Yes, the rate of fire is slightly lower than usual for the series, and it will be difficult for fans of sniper rifles to get used to reloading, but the dynamics does not sag much against the background of Modern Warfare or Black Ops Cold War. 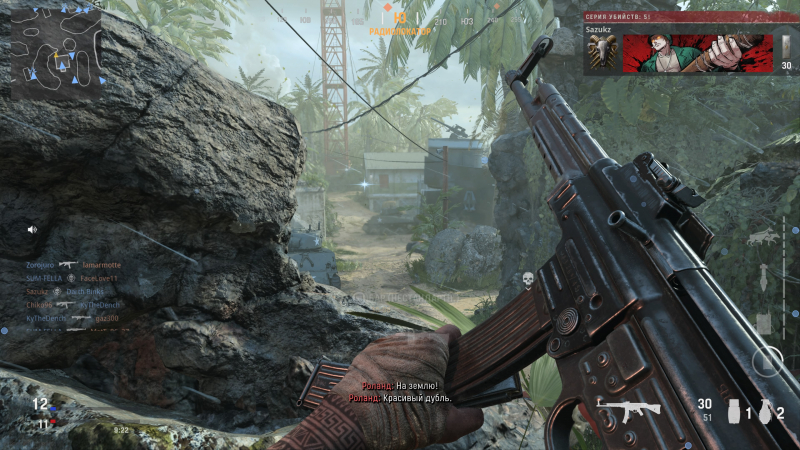 There are snipers, we will not go there

First of all a novelty from the latest Cold War distinguishes TTK (Time to Kill, time to kill) – if there it was quite high by the standards of Call of Duty, then here it was noticeably less. For the sake of military realism (as far as this concept is generally applicable to Call of Duty), the developers made the soldiers very vulnerable – everyone dies from a couple of hits. The attitude to this depends on personal preference – if you liked speed in Modern Warfare, then it will be comfortable here, while others can continue to spend time in Cold War.

Therefore, the dynamics of battles has increased significantly, and from time to time matches turn into chaos. The maps are a bit big for some modes, but they can still be a mess with exploding grenades, whistling bullets, instant deaths and rapid revivals.

In Cold War, it wouldn’t be so fast

In this regard, the Hotel Royal map is especially excellent – there are shootouts both on the roof of the hotel in Paris and on its top floor, and everywhere there are either small rooms or corridors where something is constantly happening. By the end of the match, the entire interior is blown to pieces due to the abundance of explosions – my funniest skirmishes in a few days “beta” took place in this location. At first, everything was even more absurd because of the curves of the spawn points (when I was in the presence of the player, the player stood in the same place and took turns killing all the respawning enemies), but they had already been repaired.

⇡ #Everyone was pleased

There are not many maps in the “beta”, but it is interesting that the developers have selected locations for completely different types of players. The same Hotel Royal is ideal for lovers of close combat – with a shotgun you can survive there for a long time. The Soviet Red Star map (snow-covered, of course) offers a large open area surrounded by several multi-story buildings – for lovers of verticality. The rainy jungle in Gavutu is reminiscent of the classic Call of Duty maps with three lines of attack – hot sniper duels flare up on the central one. 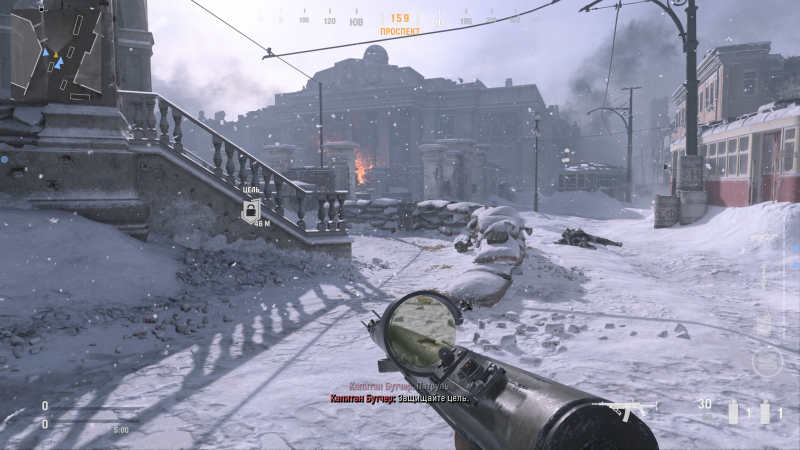 All locations are more or less well suited for all modes – for the classic team battle, and for “Murder Confirmed”, and for capturing points. One of the main new features in the Vanguard is the Patrol mode. It’s like a “Pivot Point”, only here the location of the capture point does not change every minute – here the point is constantly in motion. You can imagine what this leads to – when you move with her, you have to constantly look around and look for at least some shelter, often improvising and making decisions in a split second.

Protect at all costs!

In the alpha version, which was available shortly before the “beta”, another unusual mode was shown. In it, the players were divided into teams of two or three people and received a limited number of lives for the entire squad. Two random teams were chosen, which faced each other in small arenas and in the allotted time had to kill as many opponents as possible (and die as little as possible). From time to time, players were transported to a safe central location, where they used the money earned in the rounds to buy weapons, perks (class modifications), bonuses for a series of murders and other prizes. Not everyone liked the mode, but I found it very exciting in co-op with friends.

Although the reason for the dissatisfaction of the masses was not so much in the mode as in the gameplay flaws. Their developers are gradually eliminating them. For example, before, when receiving damage, the screen turned black and white, and this was terribly disturbing – now it’s better with this. Opponents used to merge with the environment so much that sometimes they were simply not visible – in moments it still happens, but much less often. The sound was also not perfect, now it is being repaired. After the “beta” and numerous reviews from the audience, there will probably be even more corrections, but personally I want the authors not to listen to those who want to increase TTK – now it is at the optimal level. 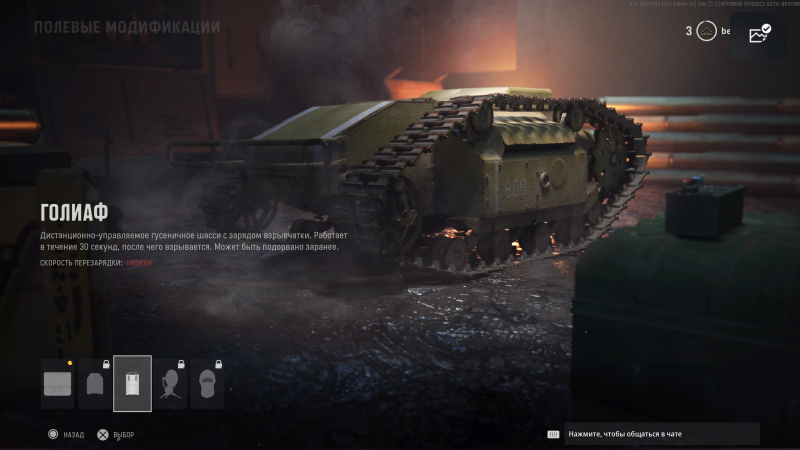 Controlling the Goliath is not as convenient as its counterparts from previous Call of Duty, but it is no less deadly

Otherwise, this is the familiar Call of Duty multiplayer, but with the corresponding WWII modifications. Instead of a UAV, there is “Intelligence” here, and the most valuable prize for a large series of murders is a flock of war dogs that automatically attack neighboring opponents. Fortunately, they are not as “armored” as the Nomad dog in Black Ops 4. Field mods that recover within seconds of use include armor plates (health boosts), a remotely controlled tracked chassis with explosives, and other useful items. They did not hit realism, so there are things that were not used in the forties – and this is wonderful.

Call of Duty is going to be tough this fall – and while it is likely to become the best-selling game of the year again with FIFA 22, some of the audience will choose Battlefield 2042 and Halo Infinite. But the new “spell” has something to attract attention – despite the chosen environment, it is played cheerfully and cheerfully, there will be as many as 20 multiplayer cards, and the new modes look quite fresh. Plus, it will not do without a story campaign and a zombie mode. We will evaluate the complete set closer to November 5, when Call of Duty: Vanguard will be released on all current platforms.