Last night in Las Vegas (Nevada, USA) the next tournament of the Contenders Series took place Dana White. As a result, five fighters received contracts with the UFC, one of them is a Russian. Albert Duraev. 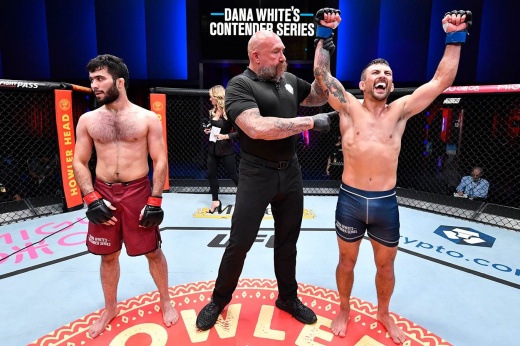 “The referees in the UFC are not working properly.” Tajiks were not allowed to go down in history

Duraev, 32, is a native of Grozny. He has 14 wins and 2 losses in MMA. He was engaged in boxing, jiu-jitsu, started his career in mixed martial arts in 2011. In the ACB promotion, he held titles in the welterweight and middleweight divisions. Has fights with Anatoly Tokov (defeat) and Vyacheslav Vasilevsky (victory).

When you achieve such success in the Russian arena, sooner or later you expect news of the conclusion of a contract with one of the leading promotions in the world. Negotiations with the UFC were not crowned with success, but he reached an agreement with the Poles from KSW. True, there was not a single battle there due to the coronavirus pandemic, the parties parted by mutual agreement.

In October last year, Albert spoke about cooperation with Rizvan Magomedov and Ali Abdel-Aziz. Duraev made another attempt to get to the UFC, only now through Dana White’s Challenger Series. The Russian had to overcome the obstacle in the person of the Brazilian Cayo Bittencourt, who went on a streak of eight wins. Albert did not appear in the octagon at that time for an impressive three years.

Video rights reserved by UFC. The video can be viewed at the UFC Twitter page.

There was no competitive battle. The entire incomplete first round Duraev dominated, from the very first seconds pressing the opponent to the net, it all ended with a painful hold. He used a neck crank, which is aimed at squeezing the opponent’s neck. In the classics of unwinding his name, Albert ran up to White and shouted to him through the net.

“Hi Dana! Did you like my fight? Give me a very good contract. I will smear everyone. Give me Costa, give me Vettori – no problem. I will smear anyone, ”said the middleweight.

Is it too bold for a beginner? He has no rating, but the head of the UFC has a different opinion.

“Am I ready to give Duraev fights with top middleweight fighters? Yes! This is what I want to see. Look at his record. He has 14 wins and 2 losses. He’s just incredibly wild in the fight. So who should he fight with? I’m glad he’s looking for big fights.

Albert is a nasty guy. He has the Khabib style, he translates you, dominates and finishes. He said he wanted to perform every month, I like guys like that. You’re in the UFC, ”White said.

“Chechnya and Dagestan have presented many wonderful fighters.”

“Wake up Kamaru Usman, it’s over.”

“Duraev is cool, I hope this win will open the doors to the UFC for other cool Russians from the ACA.”

“Duraev is an absolute monster. Where the hell has this guy been for three years. “

I was glad for Duraev and his friend Khamzat Chimaev, serving in welterweight and middleweight. In theory, someday they could fight among themselves. If only they will demolish everything in their path and there will be nothing left but a face-to-face meeting

“Congratulations, my brother! Now we will storm the UFC! ” – Khamzat wrote on his Instagram. 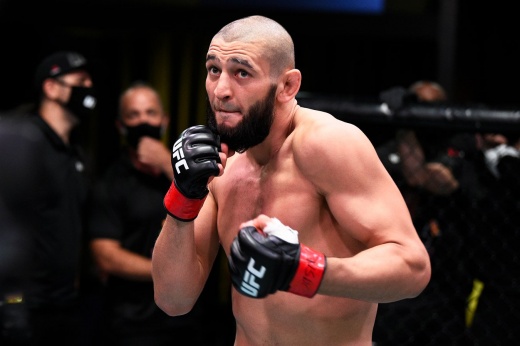 Chimaev was trolled for refusing to fight. Khamzat is silent

Like Chimaev, don’t put your finger in Duraev’s mouth. In conflict with Alexander Shlemenko Albert, of course, took the side of his friend, offering to turn off the Internet at Storm.

There are also enough ambiguous actions on the part of Duraev. For example, in 2018, he posted a video on his Instagram, where he was thrown by a meowing cat.

He also sided with the Chechen Abdulak Anzorovwho killed a college teacher in France in October 2020. “In France, freedom of speech has lost its origin,” Duraev signed one of the posts, adding a laughing emoticon. Subsequently, he deleted the posts from social networks. It can be assumed that these dark stories also affected Albert’s late arrival in the UFC.

If Duraev is not stupid and adds a winning streak to the thrash-current, he can quickly take off in the league.