“Generally world news.” Taktarov on Medvedev’s victory at the US Open

Mixed Martial Arts Veteran Oleg Taktarov reacted to the victory of the Russian tennis player Daniil Medvedev, which he won in the final of the US Open – 2021, defeating the first racket of the world, Serb Novak Djokovic.

“Generally speaking, world news,” Taktarov signed the corresponding photo in the “stories” of his “instagram”. 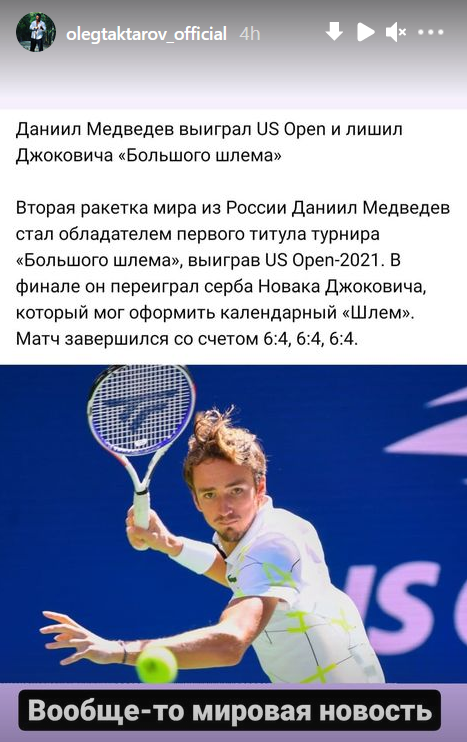 Medvedev prevented Djokovic from achieving his historic achievement. If he won the US Open – 2021, Novak would collect the calendar “Grand Slam”. A similar result in the Open Era (since 1968) was achieved only by one tennis player in the men’s singles – Australian Rod Laver in 1969.