Tactical analysis of the match in London.

The Zenit coaching staff has prepared a detailed plan for the match against Chelsea. There was a lot of constructiveness in the attack part, but this part turned out to be worse to implement. The defensive part is more straightforward – a good plan and an equally good implementation.

1. Zenit lined up 5-4-1 in defense. Barrios was a right-back center-back with the goal of insuring first of all the Chistyakov-Lukaku duel. Chistyakov personally took care of Lukaku, but he was careful and rarely jumped out from behind in advance to intercept the ball, but the Colombian’s safety net helped. It seems that always staying between Lukaku and the gate is part of Semak’s setup for Chistyakov. This allowed Chistyakov, among other things, to block three hits (two of them to Lukaku), which, by the way, is the record of the playing day. The rest of the defenders acted differently.

2. Having received a passing goalkeeper, Semak immediately changed his structure at the beginning of the attack. Rakitskiy went to the flank close to the side – so Yaroslav was taken out of the pressure, exchanging him for Chistyakov and Barrios, who remained in the center and provoked pressure on themselves. Rakitskiy shot 19 long passes during the match, but there was no one to cling to in front. But the diagonals worked on Malcolm.

The new structure allowed Zenit to systematically get out of the pressure through the flanks and combinations. The problem was that the entire combination load fell on the left flank, where Claudinho, Douglas Santos, Wendel and Rakitsky gathered at the same time. By the way, for the same reason, Malcolm disappeared – he simply did not receive such input on his flank to relieve pressure, and the duels between the pairs Rudiger and Alonso against Sutormin and Malcolm, as expected, remained behind the first. 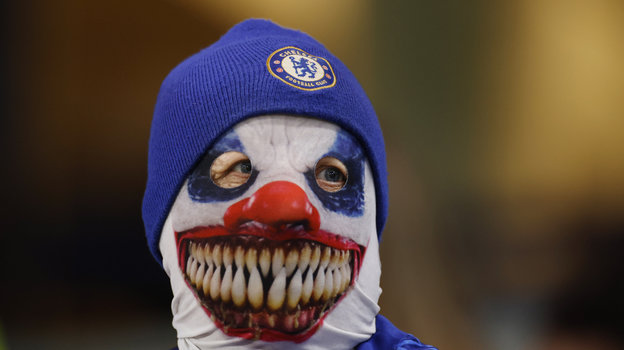 3. Zenit understood very well the danger of the opponent’s two tens. Usually Chelsea breaks the pressure in the middle phase of the attack due to the displacements of Mount and / or Ziyech, but when they went deep to get the ball, Wendel and Kuzyaev bounced behind them. If Zenit’s defenders were dragged out of the zone, then the extreme central defenders were pulled out of the opponent’s tens. The main Chelsea playmakers (Ziyech, Jorginho, Kovacic, Alonso) have only one sharp pass for four. True, they did much worse with Mount. Particularly important and voluminous was Claudinho’s contribution to the defense, in terms of the distance covered and the number of rebuilds, the Brazilian newbie is the leader of the match by a serious margin. This is one of the reasons why Semak replaced him so late. In terms of defensive metrics, the Brazilian was also impressive – 4 successful tackles, 2 interceptions, 8 out of 13 won single combats.

4. The most dangerous segment of “Zenith” in the attack – 10 minutes after the exit of Dziuba and Erokhin. The team rebuilt to 3-5-2, Erokhin refreshed the zone of the central midfielders and firmly switched on from there forward. Dziuba made a familiar pair with Azmun. Zenit not only created the only clear goal-scoring chance in the match, but also dominated territorially.

This rebuilding happened within six minutes after the goal of Lukaku, that is, quite quickly. The team took a risk to recoup and were very close. It is a pity that it was only a segment of the match, but it would be rash to risk it even at 0: 0.

5. Chelsea had a significant anthropometric advantage due to the size and athleticism of their players. One of the subtasks was to minimize the number of single combats. The classic rule is that it is better to try to win a position than to fight later. This was especially true for Lukaku. “Zenith” famously read the opening and anticipated the transfer. Zenit’s central defenders, along with Douglas Santos (who often helped with Lukaku), made 10 interceptions. This was achieved due to the aggressive play at the outputs of the extreme central defenders (Rakitskiy and Barrios), because they knew that Chistyakov would always be behind Lukaku.

6. Another aspect of the plan in terms of attack is pressure. In such a schedule and in such a form, Zenit players can only put pressure on episodes. Against Chelsea, the St. Petersburg team tried to cover the opponent in his half in the first 10 minutes of each half. Miracles did not happen, since Chelsea, according to Jurgen Klopp, copes best with such pressure, but Zenit got three possessions from the London free kick due to the pressure.

Talking that even such a defeat is not an achievement is an archaic approach that ignores the balance of power in modern football. To be closer to the truth, it is necessary to evaluate the content and ideas in specific aspects. After all, there is a goal difference in the toughest away game. And then there’s psychology. Perhaps now for Russian football the fact of high-quality resistance against a universal and titled killer team is even more important than a point earned by chance.