Star Wars: Hunters, a new game based on the Star Wars franchise for smartphones and Nintendo Switch, has a cinematic trailer.

A bright premiere trailer for Star Wars: Hunters has been released on the game’s official Youtube channel. The trailer shows a deadly battle in the small arena of the Sith Riva, the Mandalorian Aran Tal, the Wookiees Grozz, with the participation of droids and resistance fighters.

Star Wars: Hunters takes place after the fall of the Galactic Empire. According to the developers in this action-packed game, gamers will have to take the light or dark side of the force in order to fight the opposing faction in arenas inspired by the iconic locations of Star Wars.

The game development company Zynga also announced that it will be postponing the project from 2021 to 2022 without specifying an exact release date. The game will be distributed on a shareware model with microtransactions. The company’s announcement specifically emphasizes that no online subscription is required to play Star Wars: Hunters on Nintendo Switch.

The official website contains images of all the characters and their brief descriptions. Published screenshots let you know a little more about the upcoming release, including the gameplay. 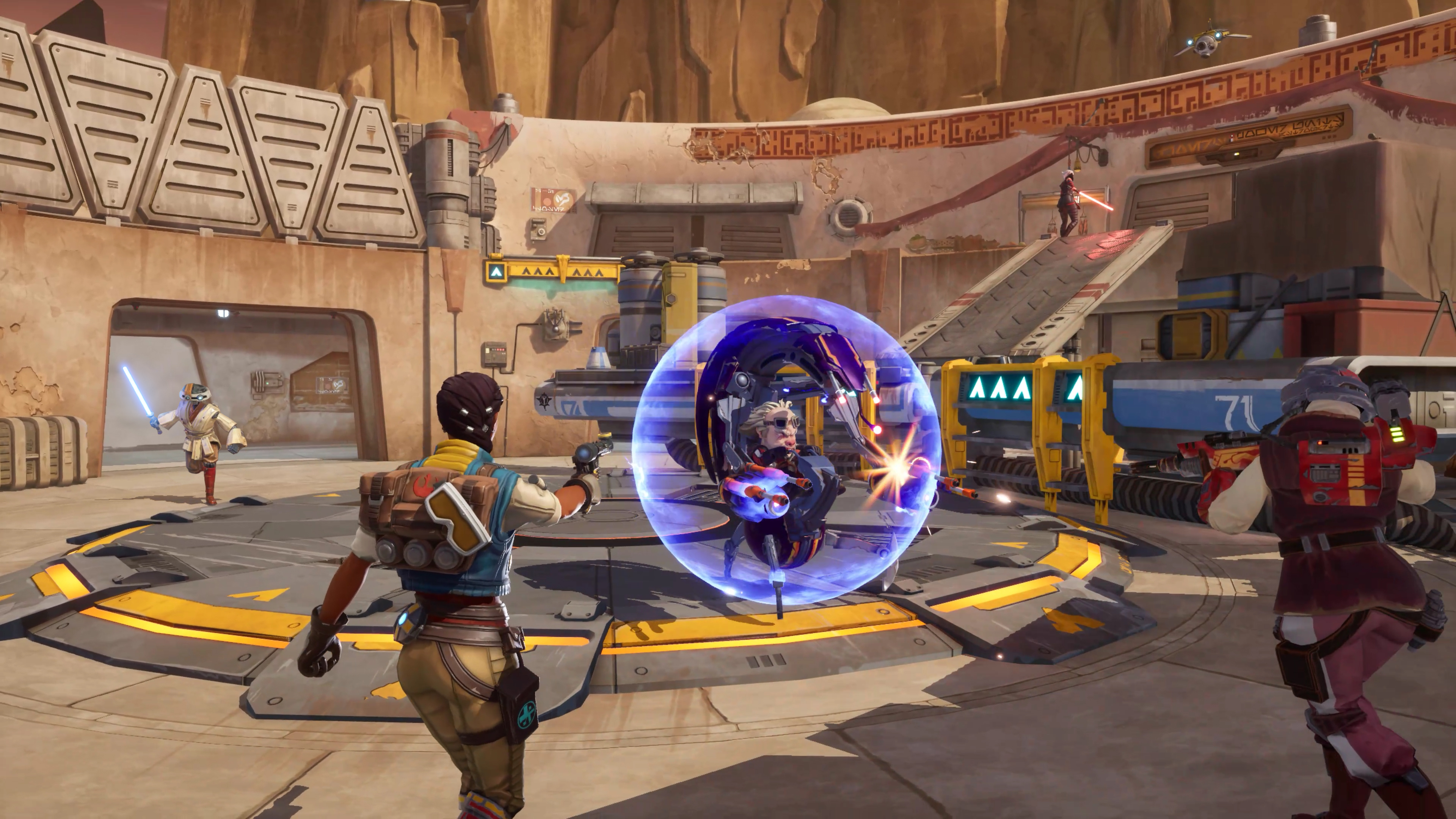 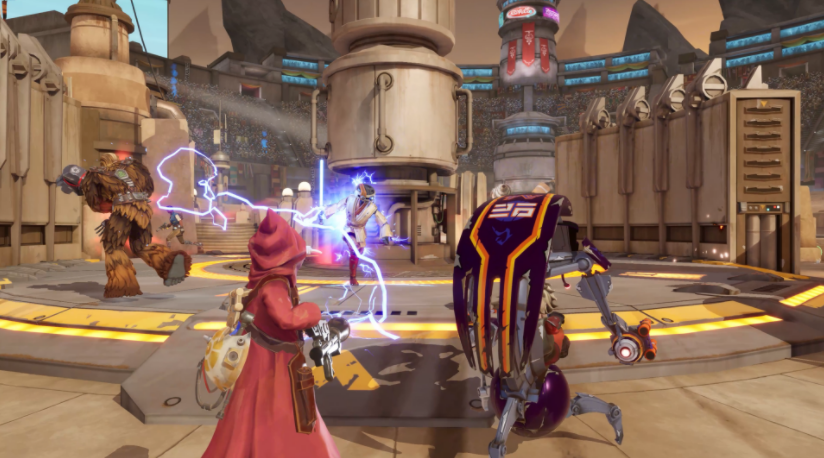 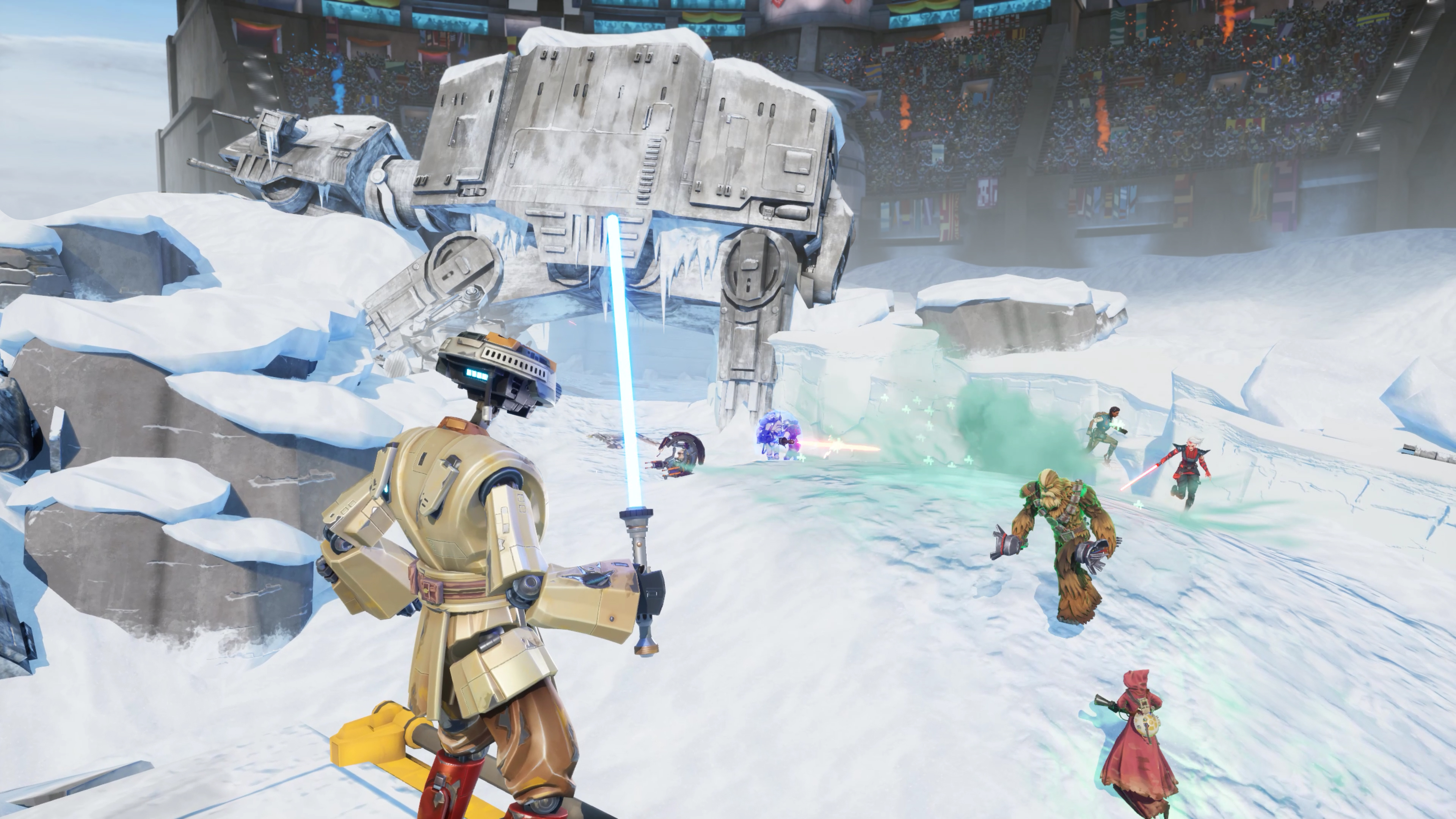 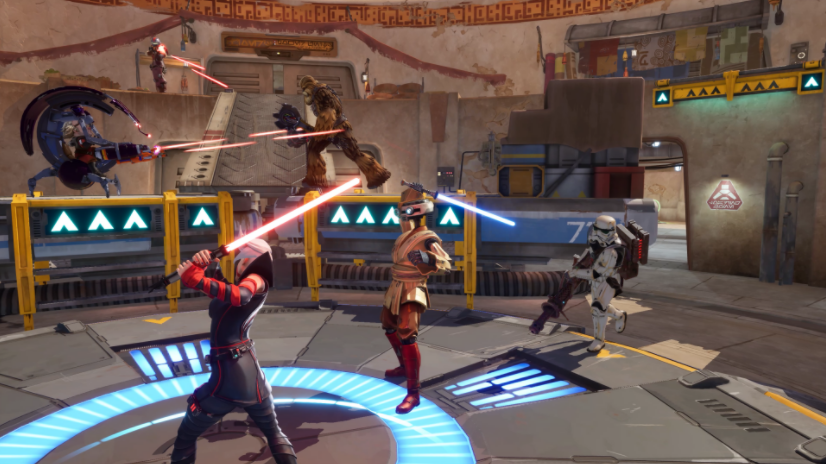