Metallurg Magnitogorsk started the current regular season well. Yes, there was a major home defeat in the match against Salavat Yulaev, but Ufa, along with Dynamo Moscow, are leading in the KHL standings without suffering a single defeat. However, the team Ilya Vorobyov is in the leading group, having won all his other meetings, so there is absolutely no reason for criticism and dissatisfaction with the game of the “metallurgists”. On the contrary, Vorobyov shows that the work does not stop even for a minute. There is no doubt about the high qualifications of this experienced specialist. 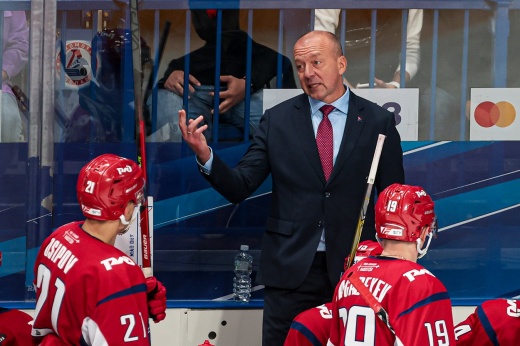 “The strong fall to the middle.” What’s going on in the KHL standings

In turn, Avangard looks less confident. In the offseason, the “hawks” almost completely changed the line of attack, class and skill in the links significantly decreased, so the season Bob Hartley’s team began unstable and in a ragged theme, having lost in the last two meetings. It will be incredibly difficult for Omsk to defend the championship title.

“If we talk about Avangard, they will have little chance to defend their title and shoot like that year. The stick shoots once a year, so they shot last season, “said a well-known critic of Avangard and Bob Hartley, two-time Olympic champion Alexander Kozhevnikov…

The reporting match was supposed to be special for two strikers – Denis Zernov from Metallurg and Nikolay Prokhorkin from “Vanguard”. Both became involved in a major trade between the two teams, thus experiencing a dual mindset to play with their former clubs.

Defenders returned to Avangard Damir Sharipzyanov and Alexey Bereglazov, but Alexei Solovyov, his namesake Goncharov and Semyon Chistyakov were not in it. Instead of forward Komarov, Gritsyuk appeared, the first match for the Hawks was played by Ivan Telegin, who had healed his injury. 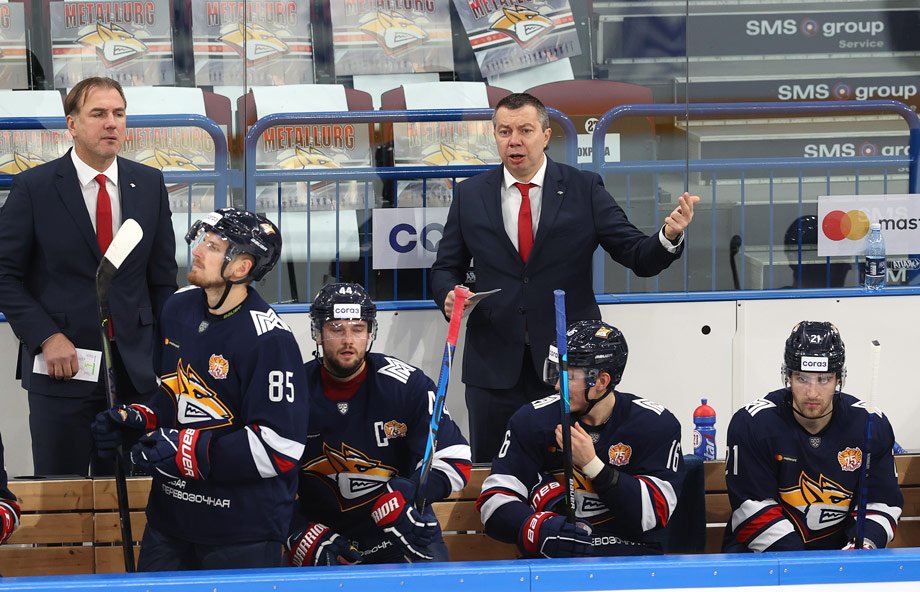 And it must happen that the former CSKA striker scored in his first shift! Omsk people fought in a foreign zone, Telegin drove around the goal and pushed the puck into the bottom corner of the goal – Olkinuora did not have time to move. It was the Finn who took the place at the hosts’ goal, and Vasily Koshechkin, who missed the match with Neftekhimik, became his replacement. Striker Nikolai Goldobin also recovered from a cold.

True, the guests did not lead for long. Did not have time Vladimir Zharkov jump out of the penalty box as Josh Curry scored the first goal for the Urals. The residents of Magnitogorsk locked the opponent in the zone, Maye threw it on a nickle from the right edge, the Canadian watched for a rebound and, with an uncomfortable hand, finished off the puck into Grubec’s goal. Bob Hartley was habitually displeased on the bench. Apparently, he had complaints against one of the main referees, Yuri Oskirko, who removed Zharkov.

Soon after, the Hawks scored on a postponed penalty. Tolchinsky made a transverse translation to the right edge, Ceglaric adjusted and drove the puck into Metallurg’s goal. Alkinuora did not have time to move. There are questions to the Finnish goalkeeper in both the first and second goals.

But Avangard failed to leave for the first break, leading the score. Sharipzyanov got two minutes for the bandwagon. As a result, Hultström charged at goal from the blue line, Korostelev was the first to bounce and literally pushed the puck into the goal from a penny.

Playing in unequal squads generally decided a lot in this match. In the second dvadtsatiminutke Karpov let his team down. Tseglarik made an allowance for the blue line, Kaski adjusted and threw powerfully on goal. After a rebound from Knight’s stick, the puck slipped into the net.

Was Metallurg very upset? Not at all! The home team won the throw-in Zemchenok from the blue line made a pass to the right edge, from where Koshelev threw in a touch on goal – Grubets did not have time to react. Semyon said hello to his former club and personally to Bob Hartley, who periodically choked the Russian and did not put him in the lineup.

The scoring extravaganza continued. A blunder in defense cost Magnitogorsk a goal. Now the time has come for Alexei Bereglazov to say hello to the former. Omsk people imposed a fight in a foreign zone, Telegin went to the front side and shot on a penny, and Bereglazov drove the puck into the near corner of the goal.

And again, “Magnitka” immediately responded! The handsome goal was organized by the former Spartak captain Anatoly Nikontsev. The striker broke through on the left flank, skillfully removed Sharipzyanov and sent the puck to the far top nine with his hands! Anatoly did everything cool, just jewelry. 4: 4 on the scoreboard, but the teams did not think to stop.

Emelin was sent to the boxing for the penalty box, and Magnitka realized the majority in a matter of seconds before the siren. Goldobin loaded from the throw-in circle, the Urals won the fight on a nickle, Chibisov watched for the rebound and finished off the puck. 5: 4 – Metallurg took the lead for the first time in the match.

Metallurg continued to score in the majority. In the third segment of the meeting, Goldobin cut out a transverse transfer from the left edge to Karpov, who adjusted and drove the puck into the near corner. Hartley took the high stick game request from Hultström, but the judges scored the goal after watching, and Avangard was awarded two more minutes for the delay.

Instead of Grubec, Demchenko came out on the ice, but he also failed to keep his goal intact. Lipsik made a transfer to a nickle, Goldobin climbed to the gate, but failed to outplay Grubec. But Nikolai did not turn off, fought at the front side and made a shot from a negative angle – the puck hit the target after a ricochet.

7: 4 – Magnitogorsk four times caught up, but eventually broke the champion, who suffered a third defeat in a row. Luxurious, enchanting match! Perhaps the best meeting this season at the moment.