Windows 10 users can now play games from the Xbox Cloud Gaming library on their PCs right in the Xbox app. Previously, the company provided the broadcast of games from the cloud on smartphones, tablets, Chromebooks, in popular browsers and, finally, added support for this feature to the proprietary Xbox application for PC. The app will allow gamers to stream games from the Xbox Series X or Series S. 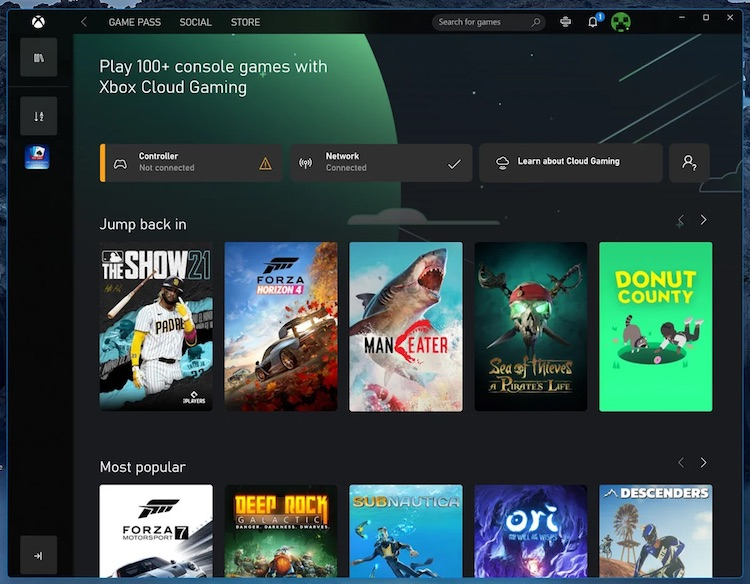 The Xbox app will allow users to stream games in two ways. The actual cloud games will be launched on Xbox Series S consoles in the Microsoft cloud and streamed to the user’s computer, as is the case with the xCloud version for the browser or Chromebook. However, the Xbox Cloud Gaming service is not yet available in Russia.

The second option will allow using Remote Play to connect the computer to the user’s personal console and use it as a rendering engine, broadcasting the game to the PC via the Xbox application. This method provides better performance. Supports streaming from Xbox Series S and Series X.

It’s worth noting that while Microsoft just announced an innovation in the Xbox app for Windows 10, xCloud support also arrived on the Xbox in a test build of Windows 11.

The performance of some dynamic games streamed over xCloud is reported to be poor. Nevertheless, this is a great opportunity to try out modern gaming hits for owners of less powerful computers.