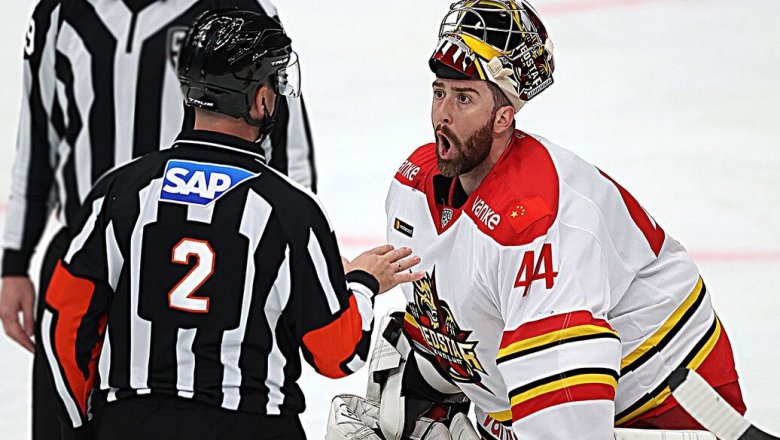 When rumors first appeared that the Chinese players of Kunlun would sit down for training camps from the end of December and start preparing for the home Olympics, I did not want to believe it. It would seem that in the KHL, a lot has gone on the mend. There are no pronounced favorites, young people are growing, in terms of media activity, clubs are more and more active. And here such a thorn is not a reputation.

This could have been forgotten at least until that very December. But then the backstage conversations were confirmed by the president of the league. Neither more nor less. After the statement by Alexei Morozov, which he made for TASS, no doubts remained. But questions remained.

We know they will go there earlier to get ready. Our additional application closes at the end of December, so they will have time. Now it is difficult to say who will go to the national team, but we are in touch with the management of Kunlun, we know about this problem. Yes, newcomers will come, another team that needs time to play, but I think they will find good players, maybe from North America. We will monitor this situation. They must submit new players by December 27th. The rules are the same for everyone. 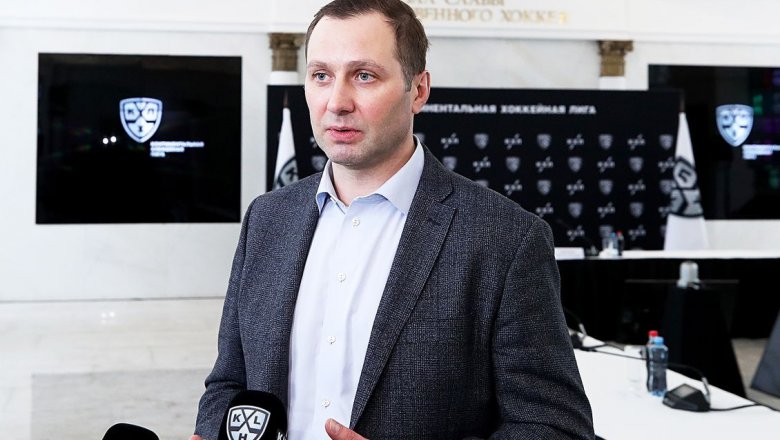 To begin with, one must clearly understand that the very idea of ​​creating “Kunlun” is based on the Olympic Games, which are entrusted to be hosted by China. Participation in the KHL is also an opportunity to prepare and play candidates for the national hockey team. At least that’s how it seemed when the project was just launched. For some time, the management of the “dragons” moved away from the party line, but just before the Olympic seasons in the Celestial Empire they grabbed their heads.

According to legend, the leadership of “Kunlun” did not take a tough course for preparing collections, and not even at the behest of the Chinese Ministry of Sports. Allegedly, the hosts of the Olympics were grabbed by the throat by representatives of the IOC. Realizing how hopeless the Chinese national team could be, and what a shame the games with the United States and Canada would turn out to be, the organizers pressed on the Chinese sports authorities. One way or another, with or without the influence of the IOC, “Kunlun” is once again a team where there is no place for legionnaires without Chinese citizenship or at least some chance to play in Beijing in February.

It would seem, well, to hell with him. Play, get ready. Yes, Kunlun has weakened compared to last season. The top European coach Kari Yalonen and several of his Finnish compatriots from among the current players did not reach Mytishchi. The “dragons” failed to sign the Slovak goalkeeper Julius Gudacek. Many “local” players had to be returned, despite the fact that they skipped the whole season. “Kunlun” was blinded from what it was, but what was – beat Ak Bars and scored five goals to the powerful “Jokerit”. 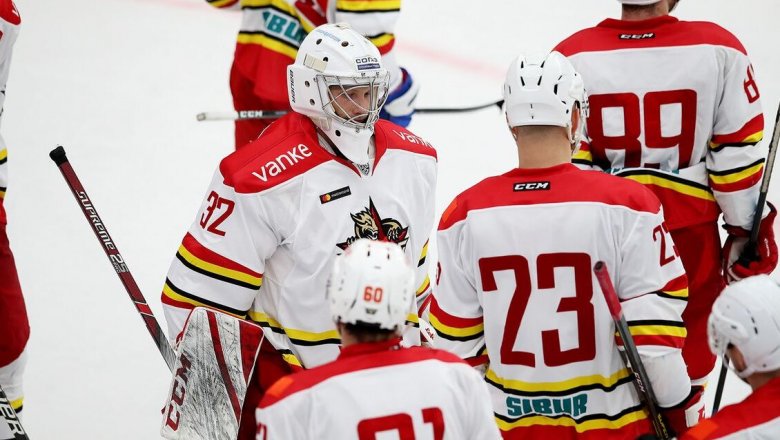 And then it turns out that participation in the strongest league in Europe is not enough for the Chinese. They need their own pre-Olympic training camp. Much longer than that of the Russian national team. Although independent media and experts, as well as the leaders of some KHL clubs, criticize the month-long pause in the championship during the Olympic Games. Our Asian neighbors went further and decided to go to the base more than a month before the start of the hockey tournament. Recall that it will be held in Beijing from 4 to 20 February. “Kunlun” will cease to exist in its previous form even before the New Year.

First, the Chinese disrespect for our league. They have been playing in the KHL for the sixth year, and they had to understand what level of hockey is here. Not satisfied? Welcome to the Asian League (while it was still being held) or any other European championship.

But if we take it as an axiom that the KHL is a league suitable for preparing the team for the home Games at the very least, respect it. Will the training camp, even if it is monthly, even half a year, replace the games against SKA, Traktor and Lokomotiv? But among others, in January such rivals are prepared for the “dragons”.

The same disrespect for the KHL lies not only in the fact that the Chinese sports government does not believe that it will be able to prepare for the Olympics through the games. This violates the sporting principle in the league. While the main squad will train, and I don’t understand who will replace them, Kunlun will play with Torpedo and Severstal – teams that will almost certainly fight for the playoffs in the West to the last. Their rivals, for example, “Spartak” or “Vityaz”, will surely have a question: why do some play against a well-played and powerful by name squad, while others get a “sweet pie”? 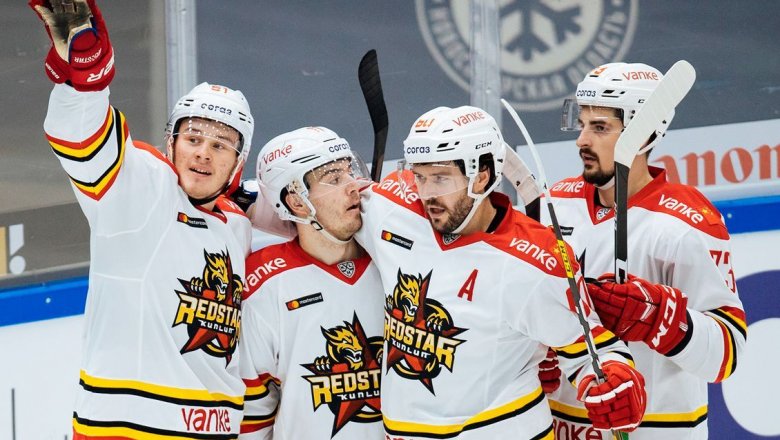 The latter, of course, must be taken care of by the league. At the very least, discuss this problem with the leadership of Kunlun. But if you face it, the KHL has no real leverage. Any team has the right to disperse one squad and recruit another, if it meets the deadline – November 27. You don’t even have to terminate the contracts. It is enough just to transfer temporarily unnecessary players to the farm club. The Chinese club also has such an opportunity. Taking the picking of Kunlun under manual control is setting a dangerous precedent. It is necessary at least to create the appearance that everyone is equal.

The KHL could have protected itself from such troubles of the image if it had to reduce the application. The journalists of the league have been repeating this for a long time: limit the application, make the rules for moving between teams of the same vertical a little more stringent. This measure should go in conjunction with the introduction of a hard cap on salaries. And “Kunlun” with its plans is far from the first vicious example. The pioneer was SKA, which transferred legionnaires (David Rundblad) and experienced players (Anton Belov) to bilateral contracts, but de facto they were all under the main team. As a result, in hockey St. Petersburg there was an unprecedented bench. 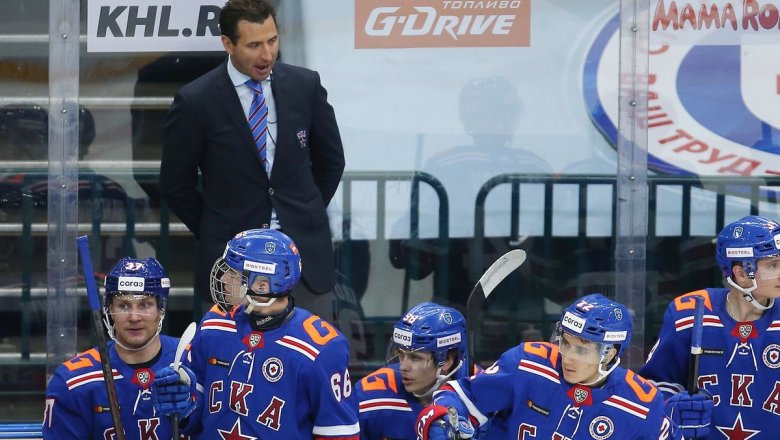 Now, in the course of the championship, it is unrealistic to take such measures. And in general, to take such measures, the time is not the right time. You remember how a year ago, the coronavirus mowed down entire teams, and instead of the usual compositions, they had to release crowds of young people. Until we have completely defeated the covid, the reins must not be loosened. This means that Kunlun has all the legal mechanisms to play two teams under one sign. They already did something similar last spring, when, in anticipation of the legionnaires stuck at the border, they plugged holes with Russian guys on viewing contracts.

Most of the squad will leave for Beijing, since everyone who now plays for Kunlun is candidates for the national team. Even Russian Alexander Lazushin.

We, of course, do not know who will be called to the glorious Chinese city of We-you-cabbage soup when the base of “Kunlun” sits down for the training camp. Maybe they will be the best players in Europe or those who did not pass the casting in the NHL? But we are preparing for the worst, and we do not expect anything good from the temporary workers. Moreover, even the club does not fully understand who will coach them all.

Alas, this will happen in the KHL as long as different clubs are in the league on different terms. For some, they put in a word in the presidential administration, for others – a sponsor, someone is needed for the sake of the appearance of a union state, and someone is needed to pump gas to a neighboring country with a billion people. While some create projects of the NHL level, others greedily assimilate funds. Against this background, the fact that someone is constrained by the limit on legionnaires, and someone is not, is somehow not surprising.