Legendary Soviet athlete dies of heart attack in the suburbs of Paris Yuri Sedykh. He was only 66 years old. Two-time Olympic champion, world champion, world record holder in hammer throw, the achievement of which has been held since 1986. That is, no one can come close to the result of 86.74 m for 35 years! This amazing record is also national for two countries at once – Russia and Ukraine.

The 1986 European Championship in Stuttgart at the Neckarstadium went down in history with the phenomenal rivalry between two Soviet hammer throwers – Yuri Sedykh and Sergey Litvinov. Their battle over the years has pushed the results from 80 meters to an outrageous level. At present, this level is unattainable for anyone.

In that very battle for the gold of the European Championship, a record was set, which is still being held. And it is unlikely to be beaten in the foreseeable future. Sedykh arrived in Germany in the status of a world record holder, two-time Olympic champion. In Tallinn on June 22, 1986, at the union competitions, he threw a hammer at 86.66 m. And that was already phenomenal!

Litvinov, on the other hand, came to become the first hammer in history to throw a projectile over 87 m. In training before the tournament, he succeeded in such throws. Sergei seized the lead after the first attempt – 85.74 m. Sedykh was almost two meters behind. But Litvinov, who wanted to squeeze out the maximum, did not succeed in the next five attempts. Sedykh just started to accelerate. 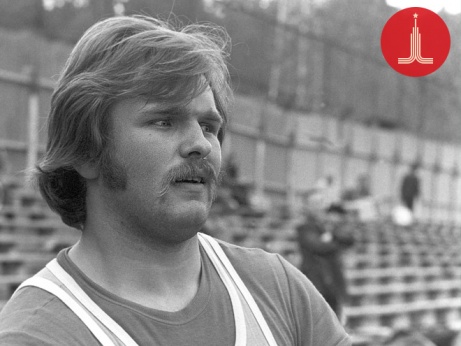 After all, his first attempt was the worst. Now, with a score of 83.94, he would have won the Olympics calmly. In the future, Yuri gave just a phenomenal series of shots. He became the leader after the fourth attempt, which turned out to be a record. The filled stadium saw off the hammer after being thrown by the Sedykh with a roar, and then froze, waiting for the result.

86.74 m – a new world record! The audience gave a standing ovation to the Soviet athlete. After all, history was happening before their eyes. But Sedykh did not stop there. His next attempt is 86.68 (and also higher than the previous achievement), and the final one is 86.62. There has never been such a series in the history of hammer throwing. And this achievement, established on August 30, 1986, has been holding for 35 years. And it will still hold on!

It is interesting that this is at the same time the best achievement of both Russia and Ukraine. Sedykh was born in Novocherkassk, but moved to Kiev. He won his Olympics in 1976 and 1980, being a Kiev resident, and then moved to Moscow and played for CSKA before leaving for the USSR.

Tom and Jerry and the ill-fated pants

Sedykh was indeed a phenomenon, as was his rival Litvinov. He became an Olympic champion at 21, 10 years before his outstanding record. But he could have easily missed the finals of the Olympics in Montreal, because … he was staring at the cartoon “Tom and Jerry”, outlandish at that time for a Soviet guy.

As Sedykh himself said in an interview with Sport-Express, it all happened by accident. I went into the break room in the morning, put in a cassette and hung. He was sent to the final by the shot pusher Alexander Baryshnikov, who looked into the very room in search of Sedykh. Yuri was late for trial attempts, but this did not prevent him from winning.

In Montreal, Sedykh defeated his “playing” coach Anatoly Bondarchuk, who then won bronze, and in Munich – gold. But there could be no gold or bronze at all. And it’s not just about American cartoons. In qualifying, Sedykh and Bondarchuk entered the sector in sweatpants, while, according to the regulations, shorts were put on.

“Before, we threw everywhere in our pants. I don’t know why, but that was the way it was. And here in qualification a judge comes up to me and orders me to take them off. Naturally, there were no shorts with me. I explain to him, and he shows a brochure, which indicates the official uniform of all teams. The USSR national team has shorts and a T-shirt. Bondarchuk, by the way, was also in his pants. We thought they would. And then, fortunately, Leonid Khomenkov, the first vice-president of the IAAF, passes by … “Sedykh admitted in the same interview to Sport Express in 2015.

The legendary Soviet athlete Yuri Sedykh died. His world record has been held for 35 years

The situation was resolved in favor of the Soviet hammers. Then the era of the Gray began.

He was an amazing athlete. Not the most powerful, but very technical. He is remembered by the world as a thrower with a beard, and before the Olympics in Moscow he shaved it off, leaving only a mustache. He could have gotten to the 1992 Games in Barcelona, ​​gaining excellent shape, but in the selection, which was suddenly postponed, he lost to his competitors. And then together with his wife, the world record holder in shot put Natalia Lisovskaya left for France so as not to return to Russia.