Ronaldo scored again! And Manchester United lost because of Lingard 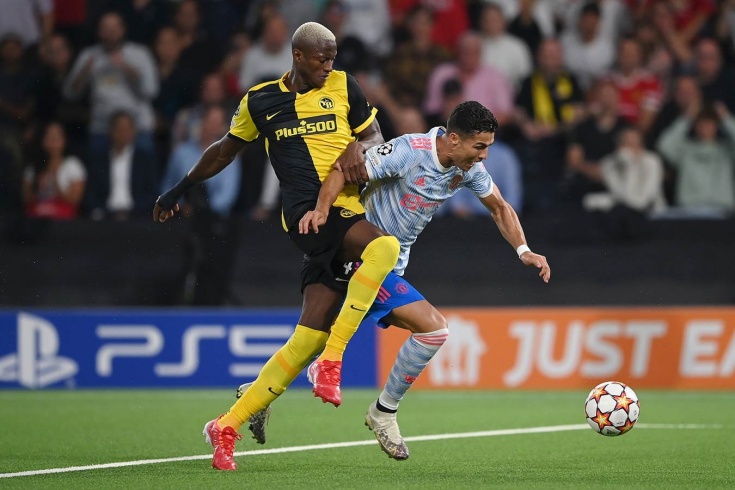 What a stupid goal the Manchester United midfielder brought in the match against Young Boys!

Cristiano Ronaldo continues to rock after returning to Manchester United! In the first match for the Mancunians in the Premier League, the Portuguese scored a double against Newcastle, and now scored in the first match in the Champions League. The 36-year-old striker is once again enjoying football that he seemed to have lost in recent months at Juventus.

Cristiano “distinguished himself” even during the pre-match warm-up – he hit the steward girl with the ball. Seeing that she was hurt, the star football player ran up to her to apologize and find out if he did harm. It is quite possible that the girl (if she was worried about the Young Boys) was not hurt by this hit of Ronaldo, but by the one that happened in the 13th minute of the game. 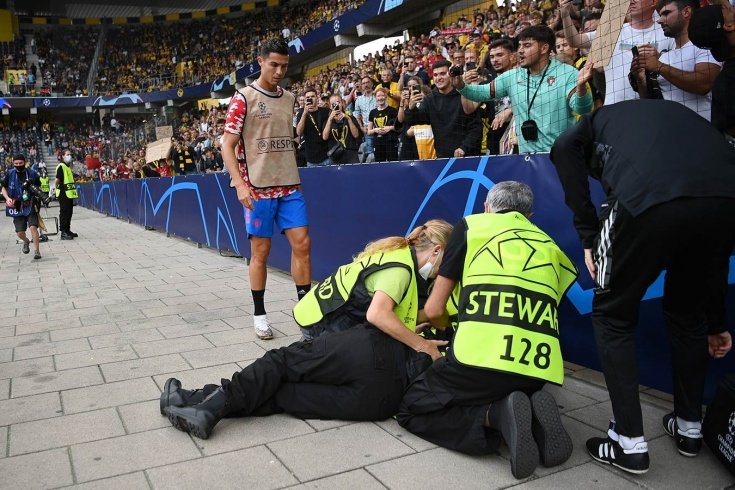 Manchester United scored an early goal thanks to the Portuguese. Ronaldo opened on the verge of an offside position and deftly jumped out from behind an opponent to pass Bruno Fernandes… It’s amazing how inattentively the Young Boys defender acted against the top-class striker. It took Cristiano just one touch to hit the target. And a share of luck. Goalkeeper David von Balmoos almost parried the blow, but the ball still dived into the goal.

The rights to the video belong to the National Sports TV Channel LLC. You can watch the video in Twitter account “Match TV”.

Ronaldo repeated the record of his eternal rival Lionel Messiwho has scored against 36 teams in the Champions League. In the list of “clients” of the Portuguese “Young Boys” also became 36th. By the way, in Switzerland, Cristiano repeated the achievement and Iker Casillas: both now have 177 Champions League appearances. Obviously, already in the second round, the forward will break the record of the former goalkeeper of Real Madrid.

The game went according to the script Ole Gunnar Solskjaer, but one episode suddenly changed everything. At the 35th minute Aaron Wan-Bissaka committed a gross foul and went to the locker room, earning a well-deserved removal. Manchester United had to concentrate on keeping the minimum win. Solskjaer reacted with a quick substitution, releasing a defender Diogo Dalo instead of a winger Jadona Sancho… Moreover, during the break he strengthened the defense even more: he removed Donnie van de Beck, who again can complain that he did not get a real chance, and threw into battle Raphael Varana…

Nevertheless, Manchester United did not manage to keep 1: 0. At the 66th minute Moomin Ngamale equalized the score, ahead of Varana after a lumbago from the right flank. 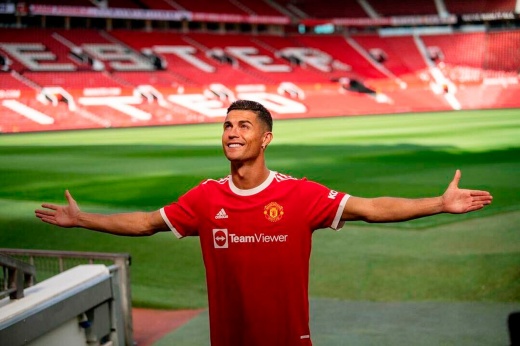 Ronaldo inspires teammates and changes their habits. Inside the Manchester United dressing room

A few minutes later, Solskjaer sent Ronaldo to rest. The Portuguese left the field under the powerful whistle of the stands and was, of course, not happy to be replaced. However, the decision of the Norwegian coach can be understood: when the team is constantly defending with ten men, Cristiano’s effectiveness decreases. According to statistics, Ronaldo made 29 touches of the ball, struck two hits (both on target), made 85% of accurate passes and earned two fouls.

The statistics of the advantage of Young Boys in 90 minutes is much more impressive: strikes – 19: 2 (5: 2). Manchester United almost bounced back in Switzerland, but in the 95th minute an own goal brought Jesse Lingard… The midfielder who replaced Ronaldo tried to make a pass back to the goalkeeper, but in the end he simply presented the ball Theozono-Jordan Sibacho… The Young Boys striker scored one of the easiest goals of his career. But he will definitely remember him for life!