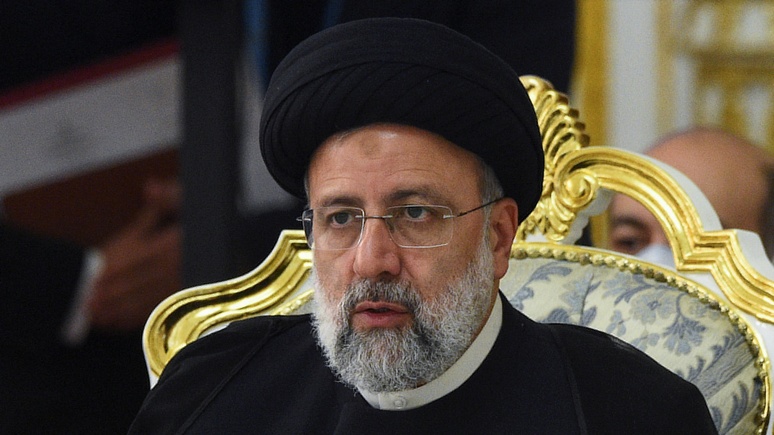 Iran joined the SCO, reorienting its policy towards Asia, writes Marianne. This is due to the fact that a period of calm has come in the talks on the Iranian atom, Tehran is demanding that the United States lift sanctions, which Washington is not ready to do without progress in the negotiations.

US Secretary of State Anthony Blinken expressed regret that the resumption of negotiations with Tehran is being delayed, and threatened that the United States is ready to move to other options, that is, to military action, writes Marianne. This happened at a meeting with his Israeli counterpart, who, in turn, noted that his country reserves the right to prevent Iran from obtaining nuclear weapons.

As a result, tensions rose sharply in a few hours. Iran, in a letter to the UN Security Council, warned Israel not to try to get involved in “military adventure“. And international diplomats traveled to Washington and Tehran to resume negotiations, which had reached a dead end after the election of a new Iranian president.

In turn, Iran adheres to the previous positions: it is ready for negotiations, but on the condition that they will be serious and lead to real action, not only on paper. Tehran would like to return to communication, but with Brussels, not with the United States. They demand that the Americans first fulfill their obligations and lift the sanctions from him. According to political analysts, after the US withdrew from the agreement on the Iranian atom, Tehran gradually began to deviate from the rules in order to put pressure on the West.

“Look at the situation in Afghanistan or Iraq, the Americans are being defeated in all positions. The world has changed in six years, and Iran is in no hurry“, – the publication quotes the words of an Iranian political scientist close to the regime. So, in addition to demanding that sanctions be lifted from the Iranian authorities, Tehran will probably demand to take into account the damage inflicted on it and its interests.

Now the conservatives are in power in Iran, and they will set the tone, negotiations will be difficult, the author of the article foreshadows. Although the situation in Iran is difficult due to sanctions and internal discontent of the population, the regime is trying with all its might to show that it is holding on well. Tehran needs to change the economic situation, this requires a new agreement, but the Iranian authorities intend to restructure the balance of power in their favor.

To this end, Iran even joined the Shanghai Cooperation Organization, which is led by Russia and China. As noted in Tehran, they are looking for new partners, nothing else is expected from the West. And because of the sanctions, it turns out that they have more and more common interests with Russia and China. Therefore, they explain in Iran, they began to develop their economic policy towards Asian countries.

It turns out that the confrontation between Iran and the international community gives rise not only to a clash on the nuclear issue, but also draws new geopolitical contours of tomorrow, concludes the author of the article in Marianne, which he called: “Iran throws itself into the hands of Russia and China“.