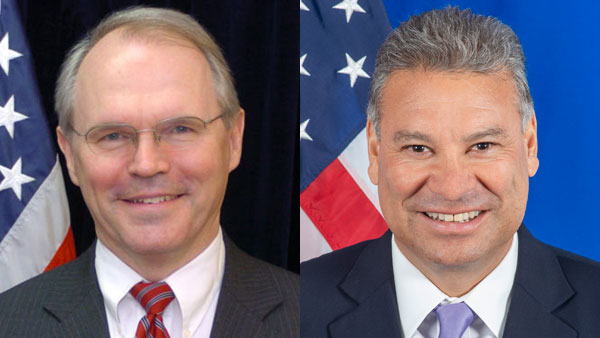 A new US ambassador arrives in Belgrade – Christopher Hill, a career diplomat who is well acquainted with local realities. And the post of special presidential envoy for the Balkans was previously occupied by Gabriel Escobar, an even more remarkable and dangerous person. Washington seems to have woken up and is dramatically changing its policy in the region – it will become more arrogant, tough and anti-Serb.

During Joe Biden’s tenure, the existence of the Balkans in Washington seemed to have been forgotten. The President did not even mention this region in his speech at the UN General Assembly.

American diplomats on the ground, if they did not scold Russia, then mostly “chilled”, and in private conversations admitted that they could not do anything with the Albanians – the Kosovars were literally sending them, therefore, it was necessary to wait, suddenly a more intelligent government would appear in Kosovo after the elections. The same story with the state crisis in Bosnia and the unrest in Montenegro.

Earlier, Matthew Palmer was responsible for the Balkans in the State Department, who did not remember anything at all. At the same time, he did not coordinate his activities (or inactivity) with the personal representative of the president in the region, Richard Grenell. Together they ignored the existence of the EU Special Representative for the Balkans, Miroslav Lajcak.

The actions of Ambassador Anthony Godfrey, leaving Serbia, can hardly be called professional either. He regularly came across inappropriate statements about the host country, as well as Serbs and Russians. Before Belgrade, he worked at the embassy in Moscow, was severely traumatized by this experience, and convinced the Serbs that Russia is an aggressive state, and Russians cannot be dealt with.

Under Godfrey, in the pompous building of the embassy on the street of Prince Alexander Karadjordjevic, the vicious practice continued under the previous one after Kyle Scott. On American public holidays, large-scale parties were held, and the Marines from the guard chanted something insulting to the Serbs and personally to President Aleksandar Vucic.

The Serbian president subsequently commented viciously on these antics. Intelligence agencies are on the alert, and recordings of American parties were regularly shown to Vucic.

Now a change is coming in US policy in the Balkans. There is every reason to believe that the Biden administration has suddenly woken up and is sharply intensifying its policy in the region. At least Serbian Prime Minister Ana Brnabic is convinced of this and literally sparks with optimism.

All hope is in the USA

Recently in New York, on the sidelines of the UN General Assembly session, Brnabich met with Deputy Secretary of State Victoria Nuland, who informed her that a kind of “expert group on the Western Balkans” is finally being formed in Washington. Brnabich then began to talk out loud that the United States would and should play a more important role in the region than before (read: under Trump). And also – she began to actively criticize the European Union, which is “unable” to solve the Kosovo problem (read: but the Americans will succeed).

Indeed, there is a group of politicians in Belgrade who prefer to orient themselves towards the United States, considering the courses of rapprochement with both Russia and the EU as useless. They are sure that Washington has some kind of mechanisms of influence on Kosovo. It is generally a widespread illusion that someone can influence the Albanians.

Now the United States has organized the “bridges of Kabul-Pristina and Kabul-Tirana”, and massively imported Afghan refugees there. Basically, this is a confirmation of their influence. But the concurrent belief that the Americans can get the Kosovars to do something good for the Serbs is based more on the sad experience of the European Union and its “missionaries.” This is the logic of the opposite: if the Europeans did not succeed and do not succeed, then the Americans, probably, will be able to.

At the same time, Nuland, in principle, is inclined to create “expert groups”. Wherever it reaches, it creates them, attracting the American academic community with its very specific thinking. This is her work style. And so far there is little hope that these expert groups will give any result.

In the American establishment, humanitarian knowledge about the outside world is considered the highest level of education, and specialists (whatever they are) in foreign policy or abroad (regions and individual countries) are the elite of high flight. Hence, such an exaggerated attitude towards various kinds of academic experts and their opinions. Nuland is an official of the old school, in addition, she herself is close to several universities and research institutes, therefore, without an “expert opinion” she is nowhere. And from the point of view of the bureaucracy, “creating a commission” is a classic move. “And we’ll see.”

But the figures of the new appointees – Ambassador Christopher Hill and Special Envoy Gabriel Escobar, on the contrary, are quite remarkable for understanding how and in what direction American policy in the Balkans can be activated.

The man who overthrew Milosevic

Let’s start with Escobar, a very extravagant man. Between 1998 and 2001, he made three missions to the countries of the former Yugoslavia. He headed the office of the High Representative in Banja Luka (Bosnia and Herzegovina), was the head of the US Embassy section there, served as deputy head of the diplomatic liaison group in Podgorica (Montenegro) and head of the political department in Belgrade immediately after the resumption of diplomatic relations between Serbia and the United States in 2001 year. Then he left the Balkans for a while, worked in Iraq, Bolivia and Pakistan, but then returned to Serbia as deputy ambassador.

An interesting episode happened during his work in Montenegro. On May 31, 2000, presidential adviser on security issues Goran ugic was killed by several shots from automatic weapons with a silencer. After a while, journalists got hold of a recording of a telephone conversation between the head of the US Chancellery in Dubrovnik, Croatian Sean Burns and Gabriel Escobar, who was then working in Podgorica. They talked literally half an hour after Zhugich’s murder.

Burns responded by advising Escobar to refrain from visiting Montenegro for the time being.

The mystery of the murder of Goran Zhugich is still great, and the biography and demeanor of Gabriel Escobar in the Balkans raise vague doubts. In other words, there is reason to believe that in the late 1990s and early 2000s, it was Gabriel Escobar who was the main conductor of American policy in the Balkans, including the overthrow of Slobodan Milosevic, but at the same time he always remained in the shadows, occupying either technical or the second on the official table of ranks are usually not so much diplomatic as intelligence.

Now, some analysts believe, Escobar’s priority will be not only the issue of Kosovo, but also the preservation of Montenegro’s Euro-Atlantic course, as well as breaking the administrative deadlock in Bosnia.

He will try to solve the Bosnian problem by putting pressure on the Republika Srpska in order to prevent it from leaving the already agonizing federation. It is believed in and around Washington that it is the Bosnian Serbs who are to blame for the fact that Bosnia’s daunting state system does not work. For Escobar, who served in Ban Luka, this is a personal question.

New US Ambassador to Serbia Christopher Hill is 69 years old, President Biden urgently returned him from retirement. This is not a “private” appointment, when, according to the old American tradition, friends of the president or sponsors of the election campaign, rather than professionals, suddenly become ambassadors. Hill is just a professional and very experienced diplomat.

Formally, he is considered a specialist in the Far East, especially Korea. At the same time, it was Hill in the late 1990s that played one of the key roles in American politics in the Balkans.

In the period 1996-1999 he was the ambassador to Macedonia, and in 1998-1999 he was also the special envoy for Kosovo. It was Hill who prepared the ground for the American bombing of Yugoslavia and the introduction of troops into Macedonia, he also contacted the militants of the Kosovo Liberation Army.

Hill also served as Richard Holbrooke’s deputy during the Dayton talks on Bosnia.

He is not exactly a “hawk” in his classic plumage, but his ideas about the Balkans and especially about Serbia and Serbs are quite specific and perfectly correlate with Biden’s Serbophobia.

In Belgrade, experts call the appointment of Chris Hill “an obvious evil”, since such an ambassador is ideal for persuading Serbia to recognize Kosovo’s independence. Hill will consider this to be his primary concern.

The quiet times, especially the “honeymoon” with the United States, are definitely coming to an end for Serbia. President Biden is inclined to widely delegate his powers and habitually selects for key foreign policy positions those personalities who most fully reflect his ideas about the world order.

One of the motives for Washington in the Balkans is the desire to push the European Union (as well as in Ukraine, by the way) from traditional diplomatic and negotiating positions. Moreover, by expanding “diplomatic aggression” – active intervention in the politics of small countries.

But the Balkans is a complex tangle of contradictions, where it is impossible to solve problems consistently, one after another, and not in a complex. A comprehensive solution to the Balkans requires “measures from the past”: the convocation of multilateral conferences, long negotiations and coordination of positions, and not an attack with a saber and the demand “to decide according to the rules.”

Watch even more videos on the VZGLYAD YouTube channel